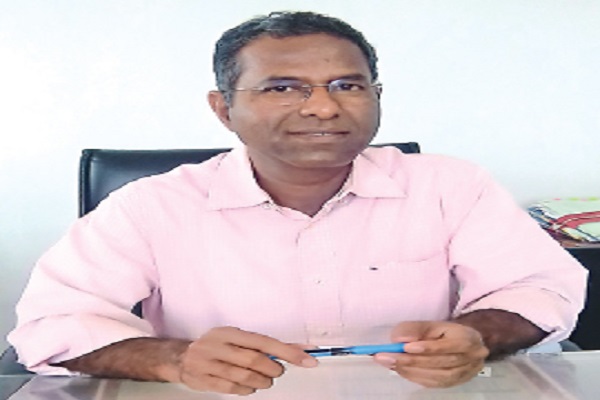 Punjab is now going to have its urban landscape dotted with Smart Cities as Ludhiana, Amritsar and Jalandhar selected under the Smart City Mission. Punjab is taking strides in becoming ‘smart’ for the delivery of civic amenities even as it is evolving to protect its heritage and rich history. J M Balamurugan, CEO of Punjab Municipal Infrastructure Development Corporation (PMIDC) in conversation with Priya Yadav of Elets News Network (ENN), tells us more about the smart city projects of Punjab.

How do you perceive the Smart City Mission in Punjab?

Smart Cities will have all the essentials, what citizens need and have expressed as their priority. Every city should focus on citizens’ requirement, only then it can meet the expectations of people. In a Smart City, modern technology is used.

“Amritsar has a heritage which is popular not only on national but also on international level. We will focus on providing water supply, sewerage and other basic facilities in the city.”

What are the components of turning a city smart?

Essential components of a Smart City are not fixed. It is a mix of water supply, basic facilities, sewerage, waste water disposal, lighting and security, and other such facilities. Essentially, if you understand the Maslow’s pyramid of need, the components that need to be upgraded and brought to the expectation of people, are basically these facilities only.

Amritsar is a heritage city, how will heritage and smart city concept go together?

We are trying to reach the potential of each city by analysing the strength and legacy of it. We are developing new infrastructure for smart cities. PMIDC is trying to decongest the walled city area in Amritsar.

Amritsar has a heritage, which is popular not only nationally but also internationally. Developing it as a smart city has an edge over other cities. We will focus on providing water supply, sewerage and other basic facilities in the city. Without providing basic amenities to the citizens, the rich heritage of Amritsar cannot be promoted. Someone coming to pay obeisance at the Golden Temple may also require a washroom. Only by creating basic infrastructure in the city, we can focus on heritage and tourism.

How do you plan to tackle the problem of haphazard development that many cities of Punjab have witnessed in the recent past?

Smart city framework provides an opportunity to turn unplanned development into a planned one. In the next decade, infrastructure would be developed according to a proper plan and design.

What plans do you have to ensure development in slum areas?

Without providing adequate housing, the concept of smart city will be incomplete. Housing is the top priority for us. Although it falls under different ministry, still a convergence is happening. Housing schemes are being implemented, upgradation of slum houses is happening at the city-level. Toilets are being made under Swachh Bharat Mission. People require infrastructure. So we, at management level, have to ensure that these facilties reach people. We are trying to converge all schemes at the city-level. We have funding coming from various sources.

What is the execution level of various smart city projects in Punjab?

We are maintaining a good pace in implementing various smart city projects. Work has started for Ludhiana projects. We are going to announce tender for these projects very soon.

In Jalandhar and Amritsar we have been awarded the smart city status. We will be completing the Project Managament Consultant (PMC) selection soon. After that, designing process will start. Smart city framework provides an opportunity to turn unplanned development into a planned one.

Which area is most challenging for you and how do you plan to solve it?

Transport is perhaps the biggest challenge and for that a solution has to evolve in the process. Maintaining the city mobility is a huge task.

Which project can inspire other States to follow suit?

We are way ahead in providing security to the citizens of Ludhiana. All the important places in the city are being monitored through cameras. Crime detection is happening and people have a sense of safety. Safe city concept is operational in Ludhiana. Amritsar being a heritage city, we are trying to decongest the walled city area. Parking lots are being made outside the walled city for easy flow of traffic.

What are your plans for the development of Jalandhar?