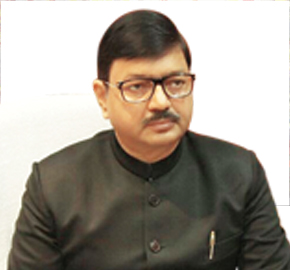 The urban transport network planning of Uttar Pradesh has reviewed and revised and it’s been decided that smaller buses would ply in the congested areas, bigger ones would be moved to peripheral areas, says Shree Prakash Singh, Secretary, Urban Development Department, Government of Uttar Pradesh, in conversation with Elets News Network (ENN) .

What initiatives have been undertaken by you in the field of sustainable urban transportation in Uttar Pradesh?

Uttar Pradesh is one of the pioneer states in India where a dedicated urban transport fund has been constituted in order to support the urban transportation systems presently functional in Lucknow, Kanpur, Agra, Varanasi, Meerut, Mathura and Allahabad. Till date, the urban transport systems have been disbursed 200 crore in the head of viability gap funding almost since 2015 onwards.

Since the urban transportation systems presently functional in seven major cities of the state started in the year 2009, their fleet has to be increased and replaced in order to cater the increasing demand of urban transportation in these cities. It was decided to enhance the fleet of these cities by 25 per cent in 2016-17. The cities are reeling under the pressure of heavy traffic. It was thus observed that buses having smaller road occupancy should be preferred in order to release the pressure on the roads. Hence, it was decided to purchase buses which could accommodate 20-26 people. The urban transport network planning was also revisited and it was decided in which smaller buses would be plying in the congested areas whereas the bigger buses would be shifted to peripheral areas.

Howsoever, with the advent of metro, the bus operation would be coordinated with the same in order to provide a seamless movement in the city.

Are you thinking in terms of the Intelligent Transportation Management System (ITMS) in Uttar Pradesh? It has been conceived that all the buses deployed in various cities would be ITMS- enabled and the same would be interacting with the integrated traffic management system of the police department. So that the traffic pressure on the roads is reduced and a better-coordinated transport system is available for the citizens of the seven major cities of the State.

It has been further conceived that the city buses would be having a Common Mobility Card (CMC) so that the bus travellers could change on different modes i.e. Rural Buses and Metro. The card is not only interoperable in the city buses, rural buses and metro whereas, it has a separate wallet wherein the money loaded could be used as Debit Card.

It has been further conceived that the city buses would be having a Common Mobility Card (CMC) so that the bus travellers could change on different modes i.e. Rural Buses and Metro.

What initiatives has your department undertaken for the development of the traffic parks?

Traffic Park, currently managed by the Lucknow Municipal Corporation (LMC) would be upgraded, to enable the residents of Luc – know to have the facility of heavy and small vehicle simulators, apart from that an automated track for testing their driving skills. It is conceived that the people, who qualify the driving test on the simulator and automated driving track, would be imparted a certificate which would enable them to procure a driving licence from the Transport Department.

In order to increase awareness regarding urban transportation matters in the government officials, seminars, training programmes and symposiums are being organised. Two such training programmes have already been organised by Indian Institute of Management, Lucknow, under the aegis of Urban Transport Directorate.

What is the motive behind formation of enforcement squads by the transport department?

Enforcement squads have been conceived in the Special Purpose Vehicles (SPVs) operating buses in cities to enable them to ensure a properly organised bus network. The squads comprises a woman homeguard to ensure the safety of women bus travellers, and a traffic sub inspector or head constable so as to ensure a seamless movement of buses by establishing coordination with the SPV and Traffic Police system. Helpline has been created in all the SPVs to facilitate the citizens of the areas.