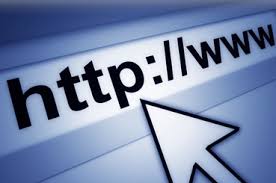 Are you cyber savvy? If not, beware! Though users are increasingly worried about cyber threats, they store more personal information on their devices without being aware of the cyber security risks they face, says a report by Kaspersky Lab.

According to the annual Consumer Security Risks Survey 2015, the percentage of respondents ready to enter personal or financial data on websites that they are unsure of has even increased slightly since 2014 – from 30% to 31%. Meanwhile, the number of users who are convinced they will not be targeted by a cyber attack has jumped from 40% to 46%.

At the same time, internet users often do not recognise a potential threat when they encounter one. That is the result of a test conducted by Kaspersky Lab to evaluate their level of cyber savviness and understand if their behavior on the Internet is safe or not. The test involved 18,000 people worldwide.

The test sees respondents confronted with several potentially dangerous situations that occur regularly on the internet when surfing the web, downloading files or viewing social networking sites. Each scenario offers a choice of several answers. Depending on the possible negative consequences, each answer is assigned a score – the safer the user’s choice, the higher the score, and vice versa.

Representatives of 16 countries scored an average of 95 points out of a possible 150. This means they only chose the safe options in half of the hypothetical situations; in the remaining situations they exposed themselves to the risk of unpleasant consequences such as a confidential information leak, for example.

During testing only 24% of respondents were able to identify a genuine web page without also selecting a phishing (i.e. fake) page. Moreover, 58% of those surveyed selected only phishing sites designed to steal people’s credentials without choosing the genuine page. It was also found that on receiving a suspicious email, every tenth user is ready to open the attached file without checking it – the equivalent of manually launching a malicious program in many cases. Another 19% would disable a security solution if it suddenly tried to prevent the installation of a program because it could be dangerous.

“When we’re offline we’re always on guard, but when it comes to the internet the self-preservation instinct often fails us. And, of course, today everything has a digital format: our personal life, intellectual property and money. We encourage everyone to evolve with technology and improve their cyber savviness,” says David Emm, Principal Security Researcher at Kaspersky Lab.

“User safety in the digital environment depends on a number of factors. First of all, it depends on the user’s ability to make the right decisions. Your online habits can help protect your digital identity, money and personal data, or it could make it all easy prey for criminals,” Kaspersky Lab said.