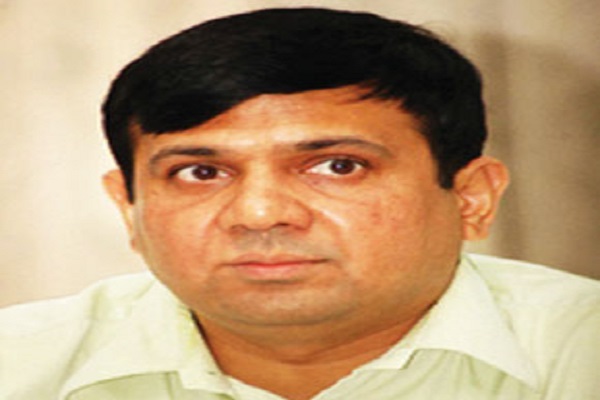 The Andhra Pradesh Government, which has port-led development as one of its top agenda for economic development of the State, is making every possible move to realise the vision at the earliest. Ajay Jain, Secretary, Department of Energy, Infrastructure and Investment, interacts with Sudheer Goutham of Elets News Network (ENN) about the potential port-led development in the State

What are the natural advantages of coastline of Andhra Pradesh, which holds the potential to turn it into the most preferred gateway of India?

Andhra Pradesh has its natural advantages and can dig into this resource and build a competitive logistics hub. As one of the United Nations Public Administration Network (UNPAN) study pointed out, “Andhra Pradesh’s central location within India, its strong transportation links with other parts of the country and the access it provides into India, make it a suitable location for distribution and logistics hub.” Andhra Pradesh has the second longest coastline in India, covering a length of over 974 km stretching between Srikakulam and Nellore with deep raft coastal waters. Its network of 14 notified non-major ports and one major port provides strong potential for the State to become India’s gateway to the world, especially the Asian and South-East Asian region.

Can you elaborate on certain unique advantages of the Andhra Pradesh’s coastline that it banks on?

Andhra Pradesh has the unique advantage of having three deep draft ports, Visakhapatnam, Gangavaram and Krishnapatnam, which is a critical enabler for attracting bulk cargo from East and South-East Asian economies. Such straight lane, deeper coastal line will allow ships with bigger vessels. The deepest port is at Gangavaram that is 19-21 meters. To reap the potential benefits and position of Andhra Pradesh as India’s Gateway to the World, the Government is integrating the development of ports, industrial clusters and, inter-land and efficient evacuation systems through road, rail, inland and coastal waterways under the Sagarmala Project of the Government of India. The Project is aimed at making ports as the drivers of economic activity in the coastal areas. The first phase of the project includes development of stretch comprising Visakhapatnam–Kakinada– Gangavaram–Krishnapatnam.

How many ports on AP’s costal lines are operational, under development and identified?

With a target to handle cargo of over 1,000 MT throughout the year, we aim at 16 ports to be operational. Out of these, six are currently operational, seven under development and three identified. With this, Andhra Pradesh would develop into a hub for shipbuilding and repairs endowed with a strong industrial base. Coupled with natural endowments of mineral reserves, it has enough potential for a portled development. Recently, bids were called for the development of Bhavanapadu Port in Srikakulam.

What are the recent steps that Andhra Pradesh has taken and would take that the State Government hopes would steer revenue generation and employment opportunities?

One of the major steps the State Government has taken is slashing the marine fuel price by reducing the VAT from 22 per cent to 4 per cent. This would lead to more vessels anchoring at the AP coastal line and doubling the revenue in the next two to three years. Gujarat and Maharashtra maritime are top two highest handlers of cargo, while AP stands third. With these initiatives, we hope to take the second position by next year pushing cargo handling beyond 160 million tonne (MT), which is Maharashtra’s current handling capacity. By 2019, we target to handle cargo up to 250 MT, and 500 MT by 2025.

What is the status of AP Martime Board Bill that Chief Minister Chandrababu Naidu hinted would be the driver for development of the State and when do you think the State Maritime Board will come into being?

A draft bill of AP Maritime Board will most likely be tabled in this assembly session and will be passed within six months. Setting up the AP Maritime Board will bring all State ports under this organisation as well as future developments, so that there is a focussed approach, as was seen with the success of the Gujarat Maritime Board (GMB), which has been very successful in developing minor ports as well as shipping related activities in their State.

Andhra Pradesh would develop into a hub for shipbuilding and repairs endowed with a strong industrial base. Coupled with natural endowments of mineral reserves, it has enough potential for a port-led development

What are the other port-related developments in terms of interland connectivity and evacuation of cargo? Also, tell us about private partnership in these developments.

We are coming up with three multi-modal logistic parks at Kirshnapatnam, Vishakapatnam and Kakinda. This would bring a great change and help systematic handling of materials. Also, the Government is contemplating to launch 139 mega projects with an investment of $207 billion in the next five years.

It has also decided to develop the 1,078 km Buckingham Canal connecting Kakinada with Puducherry, identified as Inland Waterway 4, to facilitate passenger as well as freight traffic.

In the Union Budget, Optical Fibre Grid had been sanctioned for the State as a pilot project. The Government would set up Optical Fibre Development Corporation soon. Visakhapatnam would be developed into a gateway port. In addition, the Asian Development Bank had promised to fund $600 million in the first phase of the Visakhapatnam-Chennai Industrial Corridor. The Government would mobilise more investments with another proposal to develop the Chennai-Bengaluru Industrial Corridor.