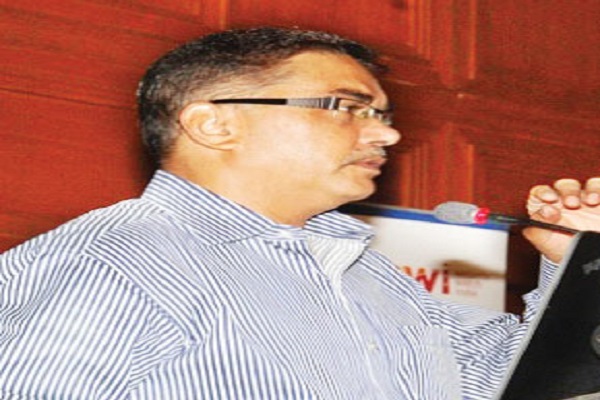 The 26/11 Mumbai terror attacks changed the entire maritime security perspective, and ever since, there is a renewed focus on the area. Raj Kanojia, DG & IGP, Coastal Security, West Bengal, in an interaction with Subhajit Bhattacharya of Elets News Network (ENN) dwells on what it takes to ensure a foolproof eastern coastline

Do you think that the entire coastal security outlook underwent a major shift post 26/11 attacks?

How has the State of West Bengal progressed over the years on coastal security? Are we at par with other coastal states of India?

West Bengal is a State which has the longest coastline and immensely sensitive coastal borders, that we share with our neighbouring country Bangladesh. The coastal border between India and Bangladesh is covered by long stretches of mangrove forest, which makes this terrain more difficult to monitor. But with the help of the latest security apparatus in place, we are aptly monitoring the area and meeting the day-to-day challenges related to the coastal security of the region.

What is the significance of the eastern coastline in the overall Indian coastal security outlook?

The eastern coastline of the country plays a pivotal role in fire-walling the security threats coming from the international waters. Some of its prime portions are shared with Bangladesh and other South-East Asian countries. The border area is covered by massive reserve forest of the Sunderbans, and this massive mangrove forest area comprises more than 104 tiny islands. Out of these, 100 islands are without any human habitation. Along with the presence of BSF at the Saraimangal river and forest guards in the interiors of the forest, we oversee the area very closely. We also monitor the international trade protocol route. This route is followed by all the ships that enter India from Bangladesh through the eastern coastline.

To what extent is the coastal security of this region geared up to meet these regular challenges?

There is a renewed thrust on coastal security and the entire eastern coast is under strict surveillance and several new coastal police stations are in place. Most of the new police stations are lined across the Sunderbans and we are in sync with other sister agencies, such as Forest Department, Customs, BSF and Coast Guard, and we are doing a close monitoring of the coastal borders and the adjacent areas. We have also submitted a proposal for radar-based coastal surveillance, which is currently under active consideration of the Government of India.

Growth of the maritime industry is related to the safe ambience of the region. What specific steps is the government taking in this direction to encourage industry in this region?

We are trying our best to create a safe ambience along the coast of Bengal. The number of coastal police stations has increased, which has further enhanced the security of this region and plugged the security loopholes. All the ships coming from Bangladesh are closely monitored and we have designated separate anchorage points, which have reduced the chances of smuggling of illegal products and corked the soaring crime rates along this coastal belt. We have a very strong technical team, who are equipped with high-end gadgets and we are also training our boys to deal with issues related to coastal security.

The eastern coastline of the country plays a pivotal role in fire-walling the security threats coming from the international waters. Some of its prime portions are shared with Bangladesh and other South-East Asian countries

The intelligence barter between security agencies plays an important role in securing a nation’s safety. How has it changed with time?

The post 26/11 era brought a massive change in the coastal security perspective and infrastructure. Prior to this catastrophic incident, coastal security was never a priority of the State. But with the formulation of the coastal security scheme, the entire security of the coast is divided into three tiers and monitored by three different elite forces of the country — Coastal Police, Indian Coast Guard and Indian Navy. In every three months, all the prime security agencies related to coastal security, along with stakeholders like port trusts, BSF and Forest Department, join for a huddle and discuss and find a solution to several crucial issues. We also conduct joint mock operations with the Coast Guard by including the neighbouring states like Odisha. In these joint operations, we include the local police superintendents and other agencies to make it more foolproof.

It is the need of the hour that the coastal security is on the priority list of the government and has every possible support to tackle any kind of terror- related or illegal activity along the coastline. Public awareness on coastal security is another area which has lots of scope of improvement. We are sensitising fishermen along the coast on different issues related to maritime security and other international waters. We are also trying to distribute identity cards to fisherman.

We are revamping the entire training infrastructure of the coastal police force and building smart training centers, which will provide smart training to the new recruits. They will be trained in swimming in the high seas and will also be trained to understand the international security protocols. We need a good human resource to handle our sophisticated devices and boats, so we are trying to woo ex-service men or former officers of the Navy, but still there is a shortage of trained manpower. However, we are hopeful of building a smarter and safer coastline for Bengal.