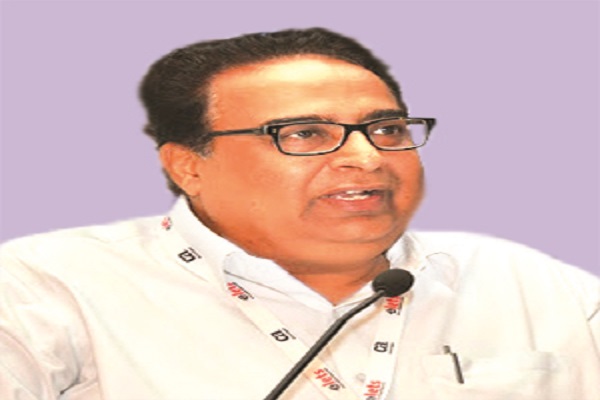 Punjab is in the process of developing Mobile apps for citizens to interact with the Government for availing services through their mobile phones, says Sarvesh Kaushal, Chief Secretary, Government of Punjab, in an interview with Souvik Goswami of Elets News Network (ENN)

The Government of Punjab has been moving well towards creation of a knowledge society. What is the status of use of ICT for better delivery of government services to the citizens in the State?

The Government of Punjab is fully focused to delivery of services to its citizens in a hassle-free and time-bound manner. We have enacted the Punjab Right to Service Act, 2011, which empowers the citizens to avail the government services within the stipulated time frame. At present, 206 services of 24 departments have been notified under this Act. These services are being delivered across the counter through ICT-enabled 161 Suvidha Centers, 500 Saanjh Kendras, 163 Fard Kendras and 22 State Transport Centers. In order to meet the strict timelines of RTS Act, backend automation of the services is very critical.

Under e-District project under the National e-Governance Plan (NeGP), Punjab has been in the forefront to implement electronic workflowbased service delivery for 47 high volume services of 11 departments. The State is also in the process of making these services available online through the State Portal. By the end of this year, 51 services shall be delivered with end-to-end electronic workflow and the remaining services shall be taken up in a phased manner.

What are the major eGovernance initiatives being implemented in the State of Punjab?

A new initiative is being undertaken by Punjab towards providing government services to citizens closer to their homes. By aligning the State’s vision with ‘Digital India’ programme of the Government of India, it has been decided to set up 2,174 ‘unified citizen service delivery centers’ named ‘Seva Kendras’ to deliver all government services under one roof. These ‘Sewa Kendras’ will ensure that citizens are served near their homes in a hassle-free manner with minimum waiting time. Moreover, construction of these centers is in final stages.

In another major initiative, the State has implemented Integrated Financial management System (IFMS) project, under which all State/Districts treasuries have been made online. We have already introduced online payment transfer of pensions and scholarships directly into the bank accounts of the beneficiaries. The Department of Food and Civil Supplies has effectively used ICT tools for wheat procurement and payments to ‘arhatias’ and farmers. Under the Integrated Workflow Management System (IWDMS) project, complete functioning of the Punjab Civil Secretariat is now automated and files are being tracked electronically. For making district level functioning online, e-Office project has also been approved by the State and is currently being implemented by NIC.

What are the advantages of using Punjab State Wide Area Network (PAWAN)?

Punjab is one of the few States, where the State Wide Area Network is being used extensively for the last five years. Being a dedicated state-owned network infrastructure with 193 PoPs at the State headquarters, district and block levels, it has proved a secure network for all government functioning and data sharing. PAWAN is being used as the core common ICT infrastructure of the State and has helped the State avoid creation of duplicate network infrastructure by individual departments and unnecessary financial burden on the State exchequer. Video Conferencing has now become a common practice to have day-today interactions with field offices. It is a preferred mode of communication to interact with Deputy Commissioners regularly.

e-District project envisages integrated and seamless delivery of citizen services by district administrations and participating departments. What is the status of e-District in Punjab?

e-District project has already been successfully rolled out in two districts, i.e. Kapurthala and Shahid Bhagat Singh Nagar, as part of the pilot programme. All 47 services of 11 departments are being processed electronically since 2012. Punjab has the highest number of services in the entire country under this project. The Punjab e-District project has been awarded as the best project by Skoch Group as well as by CSI-Nihilente Governance Awards in the year 2013. Currently, the e-District project is being rolled out across the State covering. For effective implementation of the project, District e-Governance Societies (DeGS) have been formed in all the districts under the chairmanship of respective Deputy Commissioners. More than 1,500 offices have already been connected and training of 9,000 state officers is in progress. The entire ICT infrastructure is in final testing stage and we aim to make these services live in entire State by this year-end.

‘The State has undertaken a new initiative for providing government services to citizens closer to their homes. By aligning State’s vision with ‘Digital India’ programme of the Government of India, it has been decided to set up 2,174 ‘unified citizen service delivery centers’ named as ‘Sewa Kendras’ to deliver all government services under one roof

Nowadays India is witnessing a transition from eGovernance to mGovernance. What is your opinion on that and what kind of initiatives are being implemented in Punjab with respect to mGovernance?

As already said, the State has aligned its eGovernance mission with the Digital India programme. We have already started making full use of the Mobile Service Delivery Gateway developed by Centre for Development of Advanced Computing (C-DAC). Citizens are being informed about the status of their service requests through autogenerated SMSs. So far, more than 60 million messages have been sent to citizens. We are also in the process of developing mobile apps for citizens to interact with the Government for availing services through their mobile phones. However, there will be co-existence of multiple services delivery channels across the counters in the next 10 years like, PCs/laptops and mobiles.

What is the present situation of IT industry in your State? What are your future plans to woo investors from the sector in Punjab?

Punjab has set up a Bureau of Investment Promotion acting as a single point of contact for regulatory clearances, fiscal incentives and approvals to encourage investors keen to set up IT units in the State. Some of the fiscal incentives include retention of VAT and CST by companies, and exemption of electricity duty, stamp duty and property tax.

As a key policy maker, what is your vision for Punjab in respect to delivery of government services to citizens through an effective use of ICT to improve people’s lives?

With the State moving towards a unified service delivery approach to bring about a paradigm shift in the public service delivery, I feel that without addressing end-to-end backend automation, penetration of seamless connectivity till last pillar of the government machinery and Digital empowerment of the people, true goal of e-governance cannot be achieved. Our Government has a vision to deliver all government services to its citizens in a dignified manner, for which we are committed by making best possible use of digital technology.