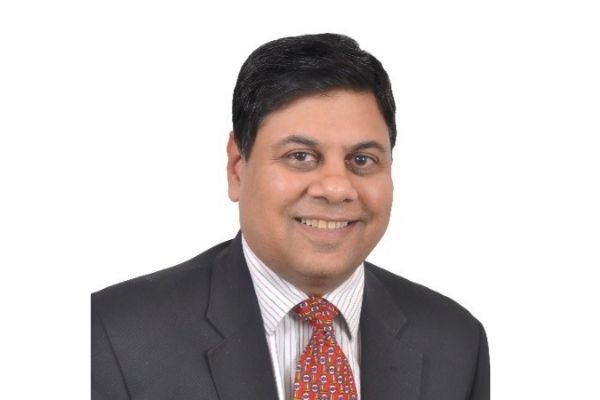 The blueprint for ‘Digital India’ needs to be very strong, as later on or in-between the implementation, it will be too expensive to again think through, says Puneet Gupta, Managing Director – Enterprise & Public Sector, CISCO, in conversation with Nirav Soni of Elets News Network (ENN)

What are your views with respect to ‘Digital India’ initiative taken by new government at the Centre? How is it different from NeGP that was rolled out about a decade back?
This is a common question. People often want to know the difference between the NeGP (National e-Governance Plan) rolled out by the previous government and the Digital India initiative of the Narendra Modi-led Government. In fact, NeGP was the first eGovernance programme that India had. The whole idea of NeGP was to get basic technology infrastructure in place — at the all-important Centre and state ministries. It was aimed at modernising the government departments. But the Digital India mission is larger than NeGP. It is going to be a very inclusive programme covering the larger population of the country.

A major pillar of Digital India initiative is NOFN (National Optical Fibre Network). Once fiber optic network is laid across the length and breadth of India, every citizen including those residing in remote villages will have access to information and citizen services via the Internet. NOFN will connect the unconnected citizens of over 2.5 lakh village panchayats into the ecosystem of digital world.

Connectivity will be offered not only through the fiber network but also wirelessly in schools, colleges, universities, government offices, railway stations, boats, trains and all public places, so that even citizens on the move could stay connected. It means that people who were not there in the digital framework earlier will now come under it. Every utility will be offered as a service. According to industry reports, 81% of today’s population in India is connected through mobile phones and some 10% have smart phones. As smart phone penetration increases, the pace of connecting the unconnected will speed up. So, as I said earlier, Digital India will be a very inclusive programme for the country.

What, according to you, can be the challenges in rolling out Wired to Wireless Network through the Digital India initiative?
There would be many challenges in laying the network across India. Firstly, the scope of physical work involved in digging and then laying fibre, especially in hostile places and difficult terrains, will be challenging and time taking. Secondly, the implementation of project of this magnitude is going to take four-five years and hence we have to have a strong blueprint before the execution begins, as later on or in-between the implementation course, it will be too expensive to again think through. Getting the right technology is not going to be difficult; the major challenge would be to reach out physically to all the difficult terrains and then ensure efficient execution.

How can we overcome these challenges?
Timely and efficient co-ordination between the States and the Central Government as well as getting the local stakeholders involved will be critical to ensure the success of connected India. Besides, the larger ecosystem in terms of support from private players is also going to be a crucial factor.

Once the network is in place, how can the security of data and information be ensured?
Honestly, there is no one answer that can fit all scenarios. For example, I may not have a solution to provide security against a malicious malware being sent by someone in the form of an email through an open system, from a remote village. So, the government will deploy strong security solutions to protect sensitive data like income tax data, passport data or customs data. Besides, government departments already have a robust security system in place. Today most Virtual Private Networks (VPNs) ensure security. Nonetheless, the answer to the million-dollar question ‘whether every network is 100% secure’ remains a NO.

The government is aware of these challenges and a lot of investments have been made in the last couple of years to create awareness about information security threats and deploy solutions to avert cyber threats. In fact, Cyber Security will be an important focus in the Digital India initiative, especially as the Internet becomes the new weapon for fighting wars.

What are CISCO’s offerings to make networks reliable and secure?
CISCO’s fundamental strength is our Intellectual Property. We are the market leaders in the space because of our cutting-edge technology in making networks secure and reliable. We have set up large networks around the world and we bring that learning and wisdom to the table. We will bring the best technology to the market, to the government and to the customers at large to realise the vision of Digital India. We build the architecture framework as per our customers’ needs, and once we get that right, i.e. the blueprint, then deployment becomes far easier. We manage endto- end process from getting the framework right, getting the architecture correct, offering the right support to the government and then bringing the right people to work with different stakeholders. Besides, in the last 10 years, most networks in the country have been built on CISCO’s platforms and we have good experience of working with governments. We will execute the projects with awareness, alertness and readiness to meet the expectations.