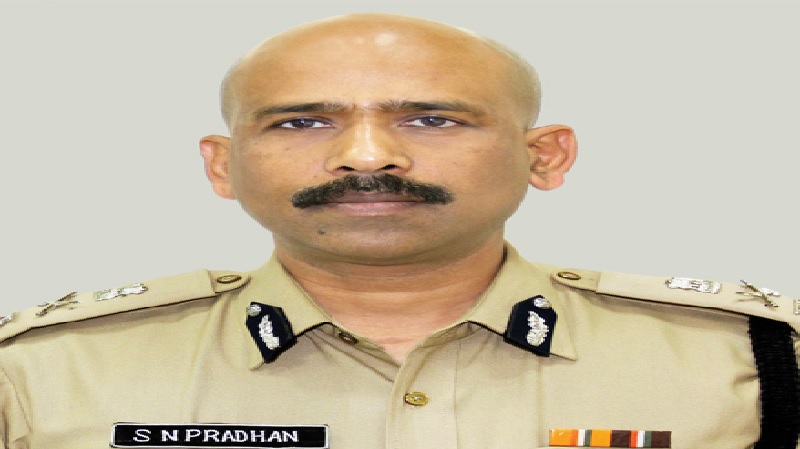 “Our aim is to shift from e-policing to m-policing,” says S N Pradhan. In conversation with Souvik Goswami

Please tell us about the role of C.I.D in the state of Jharkhand.
C.I.D stands for the Criminal Investigation Department of the Jharkhand Police. It looks into the high-profile criminal cases which probably have interdistrict and inter-state ramifications, and which for various reasons may not be resolved by district police and needs more scientific techniques for investigation. Efforts in the IT arena puts Jharkhand Police and C.I.D department in a unique place in the country. It means that our efforts have been self generated and it is not that we did not have support from the government.

But somehow policing and IT in Jharkhand have not been symbiotically seen initially in the governance model. We had State Wide Network. But it only catered to the blocks and it did not go up to the police stations. So, we on our own started doing few things with whatever fund was available to us. We tried to do things in such a way that we were relatively early starters in using ICT initiatives. We started it because of the efforts of the few people. It stared in an elementary manner in as early as 2003-04.

We did not even have computers in the headquarters or district headquarters. But it was possible because we had some of our officers who were IIT or IIM pass outs. We started small but we built up gradually and today I think we are at a point where only there is one way to go and that is upwards in terms of IT integration into policing. So I think both Jharkhand Police and C.I.D also have been able to integrate IT to a great extent. It has helped us to set it at the right track. In this context I would like to tell that Jharkhand Police had its own data center even before CCTNS came into effect in as early as 2009-10 and that became focal point for IT integration into the policing in Jharkhand.

Can you elaborate on some of the ICT based initiatives undertaken by the Jharkhand Police as during your earlier stint in the modernization and training department of the state police, some of the ICT initiatives were started?
Let me start by saying that some of these solutions were self generated and they were inhouse. We did not spend a rupee for any of the software. We selected the man power and they were selected in terms of people who were versatile in programming and maintenance of network, etc. Some of them were even outsourced also. It was a double benefit for us as not only did they take care of projects but they also became programmers and network administrators. It has made us to get software for our emergent need almost at our will. So this is how solution like ‘e-samadhan’ has come into effect.

‘e-samadhan’ is a platform where people can make complaints online and we have been getting complaints of various natures like loss of passport, mobile phones, etc. Luckily the government has also introduced a solution from outside which is called ‘e-rahat.’ It is basically a solution to give relief to the citizens in the time of distress. A particular number has been given and complaints of any nature come through SMS channel in this program. It has got a call center like infrastructural set up and calls land there and SMSs are sent immediately and the follow up is done through the control rooms of the various districts. I would say that much more needs to be done. We have just started on this. May be in future we have to merge ‘e-samadhan’ and ‘e-rahat.’

Please shed some light on the ‘Crime Criminal Information System (CCIS)’ and on the ‘Naxal Information System (NIS).’
These are similar in the sense that they are looking at the legal infractions committed by criminals and Naxals. CCIS is there for criminals and Naxal Information System is for the Naxals. We now have lots of data on which we can build on. We are now loaded with data of almost 50,000 crimes and criminals throughout the state in various categories. When we add with this CCTNS FIR data, which is almost 5 lakhs of FIRs in last 10-12 years, it will be a very strong and solid database which can build up.

NIS is another unique endeavor of the Jharkhand Police and it has been appreciated across the country. In this we have put all the profiles of the known Naxals and all the inputs which come through the intelligence system. But this is not for general public. It is for internal consumption as it deals with sensitive information. The whole thing, including inputs that come from technical-human intelligence, is being put there so that everything can be traced and mapped. It is helping us on our operational network. NIS has certainly helped us in countering Naxals in the state of Jharkhand.

We would like to shift from e-policing to mobile policing

What according to you are the main challenges before your department and for the Jharkhand Police?
I think the primary challenge is that the importance of the integration of IT is still not been percolated down to the grass root level. I will not pretend saying that challenges are gone. Rather, I will say that challenges are very much there. Whatever we have done is now very elementary in terms of giving training to the constables. Now, we have to give them training further and they have to be given specialized training or role-based training and that will be a big challenge for us.

What is your vision for the police force in the state of Jharkhand?
We would like to shift from e-policing to mobile policing. That is our aim. I am sure we will be able to show some results in m-policing sooner rather than later. We are working on an application which will provide the officers or police men who are on the site somewhere, the services of sending push message or video or audio from their mobiles to a centralized point and where may be the Director General of Jharkhand Police can see these messages. We have started this on experimental basis and we have just distributed some smart phones to our officers on experimental basis. We plan to give the smart phones to all the police stations in Ranchi in near future. We want to replicate the Kerala Model here. They have even gone down to the level of investigation officers.
We also want to see integration of the maps so that we will be able to see the geographical profile of the crime. We also had some discussions with IIM on this.