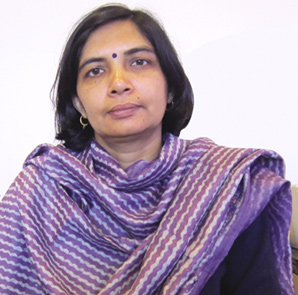 IT and ITES has been accorded priority in the new Industrial policy with a number of incentives and concessions, informs Himani Pande. In conversation with Kartik Sharma and Souvik Goswami

In the 11th plan period, there has been growth in Industry in the state of Jharkhand. What according to you is the reason for such a growth in the state?
Total Investment made in Mega units in the State during 11th plan was about Rs. 75,972 crore. Major Investment was in Steel, Power, Cement and Aluminium, which are basically mineral based industries.
Apart from overall high economic growth achieved in the country during this period, a number of measures adopted by the State Govt. including resource allocations, incentives for industries, improvement in infrastructure etc were reasons for growth in industrialisation of the State.

Jharkhand is a mineral rich state. Do you think State Government has been able to use that resource in a constructive way for state’s industrial growth?
Jharkhand is one of the States that is rich in minerals, because of which there is a strong emphasis on industries in core sector such as Steel, Cement, Power and Alumina etc. Increasing level of production of these products during last 10 years is clearly an indication of utilization of these resources in a constructive way for states industrial growth.

What is the scenario of steel industry in Jharkhand?
The present steel production capacity of the state is around 17.5 million tonnes. Steel plants include one of the largest unit under public sector at Bokaro and one of the largest unit under private sector at Jamshedpur. Another 5 million tonnes greenfield steel plant project is under construction near Patratu. 1 million tonne rolled product plant in this unit is already operational. Land acquisition for 2 other greenfield steel projects is under progress. We expect to achieve steel production capacity of 25 million tonnes by the end of 12th plan.

Industrial Policy of Jharkhand Government (2012) says that, desired result in IT, Biotechnology, Food Processing and SEZ is yet to be achieved. Also, there are some problems in land acquisition for setting up big industry. What according to you, has been the problem in attaining desired progress in these field and what are your plans to overcome it?
Initially the State lagged behind in Infrastructure specially in power, air connectivity etc.Further, our Industrial policy 2001 offered benefits/ incentives in IT/ITES area which were not at par with those offered by other states which brought out Industrial Policies much after we did in 2001.
Now there is a continuous increase in the power generation capacity of the State and this is likely to be 5000 Megawatt by 2015 and Jharkhand will be power surplus in next one or two years. In fact, Jharkhand will be power hub of the country in next 3-4 years.

Air connectivity has significantly improved. Incentives/ benefits offered to IT/ITES Industries in Jharkhand Industrial Policy -2012 is at par, if not better than other states of the country. This will definitely motivate investors and Jharkhand is going to be a favoured destination for IT/ITES industries.
We are making headway in Food processing. A mega food park at an investment of Rs. 106 crore is coming up at Getalsud, Ranchi.

Micro and small scale industry is also an area of focus for Jharkhand government. Please tell us in detail about your plans for MSME sector?
Jharkhand has an edge over others in Manufacturing Sector where our level is better than national average. There is a strong base of auto industries at Jamshedpur- Adityapur where 42-45% of Medium and Heavy Commercial Vehicles of the country is being produced and 35-40% requirement of auto component for this industry is being met by local ancillaries. In order to strengthen these ancillaries Adityapur Auto Cluster is being developed and Auto component SEZ at Adityapur Industrial Area has been sanctioned by GOI.
Jharkhand is the largest producer of Tasar Silk in the country. Organic Tasar Silk is produced only by Jharkhand. Extensive thrust is being given to increase the production of Tasar Silk. Jharcraft is extending design and marketing support.

Due to its excellent agroclimatic conditions, the state is ideally suited for agro-food processing. A Mega food park at Getalsud, Ranchi is coming up.
The process of setting up IT-SEZ at Jamshedpur, besides IT hub around capital city of Ranchi, is in progress. Land has already been made available for Software Technology Park (STP) at AIADA, Adityapur.
For development of Industrial Area at Devipur, Deoghar, 500Acres of land has been acquired where Textile Park, Food Park and Engineering Park is envisaged to be developed. Establishment of Silk Park at Ranchi and Saraikela has been planned.

How much investment has Jharkhand attracted in last 1 year?
A total of 5462 Industries including 5 Mega, 8 large and medium and 5449 Micro and Small industries with an investment of Rs. 1457 crore have been set up in the State during April, 2012 and December, 2013.

How much importance is being given to PPP model for the growth of industrialization in the State?
Successful BOOT/PPP projects in the State include:
• Adityapur Toll Bridge
• Adityapur- Kandra Road
• Automobile Vendor Park and Auto Component SEZ.

Sector specific Industrial parks have been envisaged under PPP to encourage industrial activities of specialized nature.

State Govt. envisages to set up at least one unit for sericulture, handloom and handicrafts in each district of Jharkhand under PPP/ Joint venture.

In what way, your department is taking help in IT to facilitate requests from industry houses?
STPI is functional at Ranchi and another STPI is being set up at Jamshedpur. Indian Institute of Information Technology is being set up near Ranchi.
All policy formulation/ initiatives are displayed on departmental website to invite response from various association/ bodies of Industries.

What is your vision to make Jharkhand, one of the leading states of the country in terms of industrialization?
We want to make Jharkhand a Steel and Power hub of the country utilizing its iron ore and coal and plan to add value to bauxite reserve of the State by converting it to Aluminium.
We aim to maintain/ sustain leading position in manufacturing sector by strengthening and facilitating MSMEs.
The State Govt. is committed to increase the income level of rural people by giving thrust to production of Tasar Silk, specially Organic one, and make it profitable venture with proper technical design and marketing inputs from Jharcraft. Enough scope exists for investing in areas like IT-ITES, Bio-Technology, Textile, Food Processing, Matching Down-stream Processing facilities.

What incentives are being offered for IT industry by the department of industry?
IT and ITES has been accorded priority in the new Industrial policy with a number of incentives and concessions.
• IT industry to be given priority in allotment of IADA land with facility of deferred payment of land value over five years. • Mega IT unit to be exempted from electricity duty for five years.
• IT-ITES units investing between `5 crore and `50 crore and employing more than 100 direct workers would be eligible for a comprehensive project investment subsidy (CPIS).
• Recruitment incentive of `2.5 lakh per 50 people (local people including those who have studied in the State) will be given to IT-ITES units, upto `25 Lakh max, as one time benefit.