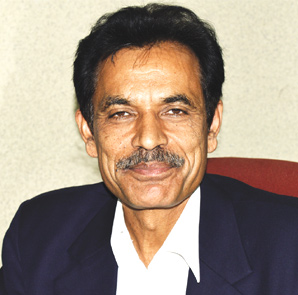 “One of the major strengths of NIC lies in the area of producing quality software at low cost. Since NIC is working at the grass root levels of the development administration, its expertise is not limited only to software engineering but also lies in the area of implementing it in various sectors of the economy,” says S B Singh. In conversation with Kartik Sharma

Office Automation Being the Information
Technology wing of the Government of India, NIC regularly undertakes the job of computerization of Government Departments, Ministries and the Offices of other related organizations. Complete Office Automation is carried out, right from conducting software requirement specification and site preparation to procuring and installing all necessary hardware and customised software. NIC endeavours to provide complete MIS Support to the User organisation and keeps updating the Users on their information requirements from time to time. It also implements Projects on a turnkey basis, wherein NIC provides the services at no profit (cost plus) , thus ensuring enormous savings to the Users as compared to what would be charged by the commercial hardware and software consultants.

The automation of Government Offices, carried out by NIC over time, has resulted in a substantial transformation of the decision making process from the usual typing-oriented methods, to hi-tech word processing , with concomitant benefits in the form of improved staff productivity , better quality documents and faster dissemination of information. The Office Automation also includes providing electronic mail services to the Users, ideal for achieving a fast pace of communication and lessening the cumbersome postal delays.

IC is running a state of the art Network Operations Centre in Lucknow. Please tell us about the work that is being done through this centre.
The NIC Network Operations Centre located at Yojna Bhawan manages multiple IT network of the state government. One of the most important networks is the Sachivalay Campus Area Network (SCAN) that intertwines 10 government buildings over Optical Fibre Cables including Governor House, Assembly House, Chief Minister’s Office and all the secretariat buildings. It has a little over 15000 nodes and provides about 10000 email accounts to facilitate smooth communication among officials of the state government. Along with SCAN, NIC NOC manages National Knowledge Network which is a multi-gigabit pan-India network that enables scientists, researchers and students to work closely. More than 100 educational institutes in the state like IITs, IIMs, Central & State Universities, Research & Scientific Organizations are already connected to this high speed network offering 10 Gbps and more. NIC State NOC is also connected to the UP State Wide Area Network which is the backbone network for all e-Governance initiatives of the state providing connectivity right up to the block level through the 885 PoPs (Point of Presence) located in all the districts, tehsils & blocks. The NIC NOC is equipped with the latest security infrastructure and monitors the network traffic 24×7. You are also having a data centre in Lucknow. What is the capacity of the data centre and what kind of work is being done here?
Spread across 25 hundred sq.ft, the NIC-UP data centre is central hub of e-Governance activities in the state. Built with 102 servers and 60 TB of storage space, the data centre caters to the needs of 80+ state government departments, 200+ government/educational institutions, various central and state government bodies like Election Commission, UGC, CBI etc. The two-tier Data Centre manages, maintains and upgrades data for about 450 databases and 200+ websites pertaining to various departmental projects of the state and central government. The Data Centre also provides value added web services such as web design and development, web hosting, promotion of websites, enhancement of web sites & training. Hosting infrastructure is being provided to a large of e-governance projects for critical e-Governance applications of the state including Land Records, Treasury, eDistrict, e-Procurement, Exam results, online counselling to Admission to various professional courses etc.

These days scholarships in Uttar Pradesh are being disbursed though IT based systems. How do you view this project?
‘e-Scholarship, Uttar Pradesh’ is a first of its kind project in the country to have used IT based initiative for electronic disbursement of scholarship to around 396 lakh students belonging to the weaker sections of the society in the state. It is one of the key initiatives of rural e-Governance and pro-poor programmes, which has goes a long way in bringing socioeconomic equality along with educational transformation in totality through transparency in disbursement and speedy transfer of scholarship to the students especially in the rural areas. The project was initiated in 2008 as a project of hope for children, upholding their right-toeducation and over the years it has transformed into a powerful tool for the government and the people to plan and monitor the impact of scholarships on the education system in the state. The web based solution provides a common platform to various stakeholders of the system and has helped the government in making substantial saving by minimizing frauds and misappropriations.

What kind of technological architecture are you using for the e-Scholarship project?
It is based on the latest centralised processing architecture and ensures 24×7 availability of information through the portal. The project uses the inherent strength of Internet and its excellent outreach and feedback capabilities for ushering in transparency in the system. It has streamlined the distribution of scholarships across the state and helps in timely disbursal of funds with auto-generation of department- wise scholarship demand for each district and school and has considerably reduced the chances of fraudulent schools/ colleges claiming scholarships. New-age banking systems have been integrated & ‘no-frill accounts’ of students with zero balance facility have been provided by the banks as a major step towards financial inclusion, while existing government processes have been simplified and made easier for the students, schools & general public.

The Government of Uttar Pradesh has taken the landmark initiative of providing the necessary certificates to the citizens through the online medium. Please provide us your views on the project.
Till today we have issued around 1.5 Crore digitally signed certificates, which are accepted everywhere. In fact, it is possible for someone who has received a digitally signed certificate to also apply for a manual version of the same certificate. But today most institutions prefer to have the digital certificate, as the digital data is easier to cross check and verify through the Internet.

NIC has been playing a leading role in many e-Governance projects in Uttar Pradesh. Please provide an overview of some of the major projects?
The project running successfully at Regional Transport Office (RTO), Lucknow, is ready to be launched at twenty-five other sites of the state in a phased manner. Except for issuing Driving Licenses, the project has automated all major activities of the Transport Department of Uttar Pradesh, viz., vehicle’s Registration, Permit, Enforcement and Taxation activities. Automation at the office of State Transport Authority (STA) at the state Transport Department’s headquarters in Lucknow, where interstate & inter-region road permits are issued, as well as computerization at the office of Transport Commissioner, have also been initiated. NIC has successfully tested in district Etawah, dissemination of land records information through the net. Another pilot project of integrating “Record of Right” and cadastral village map is underway and very soon the farmers can access village maps as well as the related land records data on the net. Board of Revenue of Uttar Pradesh also has plans to distribute copies of Khatauni (Record of Right) to the farmers through the computers being installed at tehsil headquarters in the state. NIC UP State Unit and its District centres are providing total IT solution for the project. We are also contributing in the Election Management System, Uniform Payroll System, Budget Computerization and many other projects.