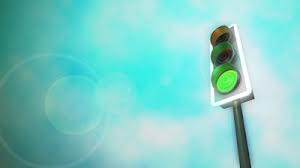 Noida is all  set to launch a project for deployment of a centrally controlled and coordinated traffic signal system. Soon Noida will be the only city in NCR to boast of a traffic control system equipped with geographical information system.

Expected to facilitate urban traffic management, the city’s over 100 traffic signals will be mapped allowing traffic to flow more smoothly. The second phase of the project will implement an intelligent traffic system to examine traffic on vital corridors and junctions and react according to the traffic congestion volume.

According to Authority officials, this new project is expected to rid the city of traffic congestion and gridlock during peak traffic hours. The goal is to provide the most comfortable ride possible by getting the greatest number of vehicles through the system with the fewest stops.

As part of the project, 106 intersections in Noida have been serially numbered while 225 traffic light posts have been alphabetically configured. The new GIS-backed system will assist traffic authorities in maximizing the efficiency of the signals.

In the second phase of the project, the traffic posts will be equipped with a full-fledged technology-driven signal system.

With vehicular population growing at a fast pace, the system will not only ease traffic management but also provide relief to the city’s motorized traffic from congestion, as it will be able to calculate the number of cars at the intersections and accordingly change signals to clear traffic.

The ITS will be managed from a central traffic control centre, which will examine traffic on vital corridors and junctions across the city. It will allow traffic signals to communicate with each other and increase efficiency and lessen delays. CCTV cameras mounted on to the traffic signal will also decide the direction of vehicular flow to be prioritized based on vehicle density.

The intelligent traffic lights will enable the operation of a green wave on certain corridors at rush hours, which will help vehicles move through successive intersections at a specified speed without stopping. Besides providing streamlined traffic movement, the ITS will also use advanced image recognition, motion detection and vehicle license plate recognition technologies to lower speeding, red-light and parking violations.