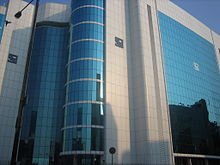 Aadhaar letter issued by Unique Identification Authority of India is now admissible as proof of address, said SEBI.
This was stated in a circular issued on Monday to exchanges, AMFI and regulated intermediaries.
The Aadhaar letter will be added to the list of documents admissible as proof of address for uniform KYC requirements.
In another circular, SEBI directed all listed companies to obtain authentication on SCORES (SEBI Complaints Redress System) by September 14.
The regulator said companies have to take necessary steps on complaints pending against them within seven days of receipt of complaints on SCORES.
The complaint has to be resolved by the company within 30 days. The company also has to keep the entity which filed the complaint informed on the action taken.
Failing this, SEBI will initiate enforcement action against the erring company, it said.
In another circular, SEBI has directed stock exchanges to do preliminary scrutiny of audit reports of companies that have filed in Form-B.
Form-B is applicable to those companies whose statement of accounts is qualified/ subject to /except for certain terms and conditions by the auditor. The information submitted shall draw attention to relevant notes to the financial statements, management’s response to the qualifications in the director’s statement and the reposts and comments of the Board/Chairman of Audit committee, it said.
Exchanges are required to refer cases needing further scrutiny to SEBI which the regulator will refer to its qualified audit review committee (QARC) for guidance.
The QARC is required to recommend whether the case is significant and the explanation provided by the company satisfactory.
If the audit qualification is significant and the explanation unsatisfactory, the case would then be referred to the Financial Reporting Review Board (FRRB) of the Institute of Chartered Accountants of India. If the FRRB also upholds that the qualification is significant, then SEBI may ask the listed company to re-state its books of accounts, and inform shareholders in an exchange announcement.
If the FRRB is of the view that the audit qualification is not justified, ICAI may ask the statutory auditor of the listed company to provide necessary clarifications and may take appropriate action.
Audit reports filed as Form B will be scrutinised twice a year — June and December.