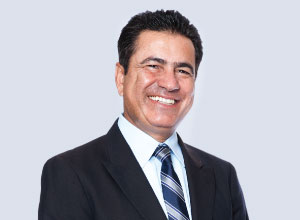 In a free-wheeling discussion with e-Gov Editor-in-Chief Dr Ravi Gupta, Steria  (India) Chairman and CEO Dr Mukesh Aghi discusses major e-Governance  initiatives that his company has been involved in, across the globe. He also presents his perspectives on the status of ICT adoption in the Indian private and  government sectors, and makes the point that technology can aid governance only upto a point

I think it is important to set the expectations early on that technology and e-environment cannot bring in massive change, unless the fundamental value system of the people does not change with their constant clash of technology and the ideology or behaviour

Steria, I have been told, has a very strong government presence globally. What are   some of the major government interventions you have been involved in and what are the tools and practices you would like to see implemented in India?

Steria generates roughly €1.75 billion in revenues, and 40 percent of that comes from the  public sector, and we have been working with governments at different levels. Some of big  projects we are working on, for example, we have built and manage the Schengen Visa  system. So all the visas and border control, everything, we manage that, and we have built  the technology. Similarly, for the Ministry of Justice in UK, from the case analysis perspective  all the way down to conviction and managing the prison environment – we have  built and manage the entire system .We have also built and mange the Land Records System  in the UK. Then we have massive projects in the defence system, we do supply chain logistics  for the UK defence. We also provide very strong biometric solutions to UK and also for the  defence forces.

We have developed a solution for the Cleveland State of the US. Every police  officer has a product like a smart phone or smart pad, we call it CUPID and it has all the information you need. So as a policeman stops a vehicle he can basically punch in the vehicle’s licence plate number, and it immediately retrieves all the details. You can get driver’s id number, license number, punch it and keep all the information. Within the CUPID  you can file the FIR. And then we have identified something very unique, which is, every  time a police officer comes into contact with a citizen or an issue, we have a marketing team  which calls up the citizen and does a customer survey, what is the experience, what is the  solution needed here, is the citizen happy with the experience and so on. So we have  integrated customer satisfaction to encourage better police services.

We are also present in countries such as Norway, France, and Germany etc. In Germany, for  example, we are managing all of the systems of the Ministry of Finance. We manage their  back office and also handle payroll, citizen contact etc. In Singapore, we work very closely  with their transport, LTA and that is interesting because there we are bringing citizens who  use public transport system because Singapore is saying listen, we have limited land, don’t  buy cars. We will do everything from safety to tunnel management. Basically we are trying  to provide services to encourage citizens to use more public transportation.

Coming to the second part of your question, I think one has to understand that technology for itself is not a panacea to solve the complex issues we deal in the country. You know, we have issues related to corruption, transparency, accountability, ethics etc. I think it is important to set the expectations early on that technology and e-environment cannot bring in massive change, unless the fundamental value system of the people does not change with their constant clash of technology and the ideology or behaviour.

Let us look at one example, what we are doing in UIDAI. It is an ambitious project, a daring project that the country needs to basically address issues of absence of transparency and making sure that the government investments are flowing down to the citizen level where it  is needed. I believe our minds are very creative, and as people find out that it is going to make  things little more transparent, it is going to bring in more accountability, they will find ways  to twist the whole thing. So what I am trying to say is, that while technology is critical to  bring more efficiency, unless we focus on the value system we will never get full benefits of  technology.

You have given an interesting perspective, talking of the clash of technology and   value systems. This is a very fundamental problem that you have highlighted. Having seen the progress of e-Governance across many countries spread across continents, developing countries, developed countries… how would you say India is positioned in terms of the global perspective, and where are we in the cycle of IT adoption?

I think let us just benchmark ourselves with Singapore. And the reason I am saying is, if you look at 1963-64 when Singapore got its independence, or actually independence was thrust on them, it was a swamp land with no natural resources. It was a country of a couple of million people who were at that time focused on fighting with each other: the Chinese, the Malayans and the Tamilian Indians and what you call the mixed races. And I think early on Lee Kuan Yew decided that he needed to bring in unity of the people and leverage technology to provide services which are transparent, efficient and effective. And I think Singapore has done a fantastic job in every aspect. Today if one wants to change the address,  one just haste go to one point – go on the website and change the information on driver’s license, mailing address with the post office, tax department, revenue department – everybody. Everybody is inter-connected.

You could say that for a country of 5 million people it would be easy to implement such  solutions, and I agree. But I think there are something else which is happening which we need to benchmark. Singapore is having an ageing population now, whereas India’s demographics are much lower now. So what Singapore is saying is, in e-governance, especially in health we  need to be able to provide world quality and most cost effective healthcare, because as a nation  we can’t afford. So that is one phenomenon we need to look at from Indian perspective.  A bigger thing, which I think we are not ready as a nation is, in the next ten years almost 400  million Indians  will migrate from villages to the cities. It is a mega trend. That means we need to have smart cities, where our government can provide efficient education, efficient security, efficient transport system, basically efficient healthcare and they all have to be inter-connected because resources are going to be very limited. Now the question is if you rate Singapore at 10, I think India probably in our perspective will be at 1 or 1.5. So we have a long, long way to go.

“[UID] is an ambitious project, a daring projec t that the country needs to basically address iss ues of absence of transparency and making sure that that government investments are flo wing down to the citizen”

The other major trend which I think is going to impact India is the environment. Today, you know, almost 150 million Indians are almost zero carbon contributors. When I say almost zero,  they have no electricity, no car, no television, they get up when the sun comes up and they go to bed when the sun goes down. But as their affluence goes up so will their aspirations, their desires; they would want electricity, television etc., and they will start contributing  heavily to the environment from a CO2 perspective. So are we ready as a nation? I don’t think  we are. So I think that’s where the smart cities and the ‘e’ is going to play a very strong role.

Now, the way IT is happening in India, although we have a national mission – a    National e-Governance Programme, UID and few other initiatives by different Departments, people still feel we don’t have clarity, we don’t have a roadmap, we don’t have specific targets. People talk of the need for an Electronic Service Delivery Act for making e-Governance services mandatory. What are your views on this, regarding making it mandatory for Departments to offer services  electronically?

I think legislation is not the answer because you cannot legislate behaviour. Plus, we have to  understand that India as a nation is not one nation from what the perspective of adoption of technology. We have one part of India which is in 21st century and the other part is in the previous century. So the question that really comes mind is: how do you basically drive this to  make it more efficient? When you look at the reasons why Information Technology has become much more pervasive and efficient in private sector vis-à-vis government, again it’s the issue of behaviour. In the private sector, the motivation is to become more competitive, more efficient, more productive and get better RoI, on your technology investments. On theother hand, in governments this motivation is not as strong. If a law makes IT mandatory, I will do it but I will do it to level that, I won’t step beyond. So I think the whole behaviour factor have to change, you can’t legislate behaviour itself.