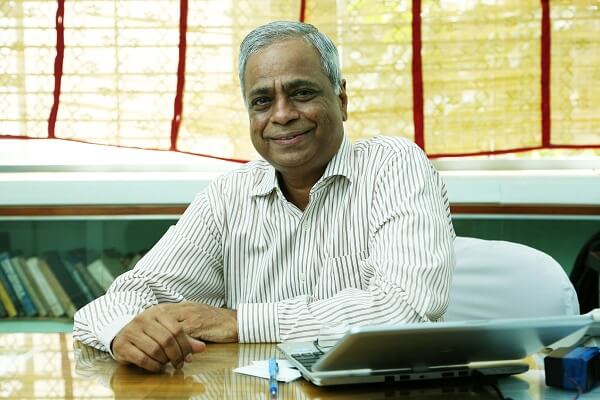 CorDECT is a low-cost advanced Wireless Access System designed keeping in view the economic realities of a country like India. It has been developed by Midas Communication Technologies and IIT Madras, in association with Analog Devices, USA.

The technology provides a complete wireless access solution with seamless integration of high quality voice and 35/70 kbps Internet access to its wireless subscribers. The technology is based on the DECT (Digitally Enhanced Cordless Telecommunication) air interface standard specification of the European Telecommunication Standards Institute (ETSI).

It supports 10 Km of line-of-sight connectivity and has the provision to extend this to 25 Km using Repeaters. corDECT technology comprises of a number of components. These are:

The DIU is a fully redundant subscriber radio exchange, which can also act as a voice PBX with up to 8 E1 connections to PSTN/Voice. It switches voice traffic to the telephone network to connect to an exchange. It also switches Internet calls to a built-in Remote Access Switch (RAS), which then routes the traffic to the Internet network. The System reliability is guaranteed by redundant hot stand- by architecture and the OMC (Operation and Maintenance Console) that allows real-time monitoring and management of the entire corDECT system.

Wall Set with Internet Port (WS-IP)
The Wall Set is the equipment that provides access at the place of the subscriber. It has 2 ports – one that connects to a DTMF or decadic telephone, a FAX machine or a modem and the other, which is an Internet port, for connecting to a computer, thus obviating the need for a modem. The PC establishes an Internet connection using a standard dial-up utility. It runs on a 12 V adaptor or a solar pannel and in addition it has a built-in battery with 16 hours stand by an 3 hour talk time for voice calls.

1. Compact Base Stations (CBS)
The CBS provides the radio interface between DIU and Wall Set. The DIU feeds both power and signal to the CBS. A DIU can be connected to up to 20 CBS and each CBS supports up to 12 simultaneous voice calls.

2. Relay Base Station (RBS)
The RBS extends the range of the corDECT system by another 25km. It relays DECT packets between the CBS and subscriber units through a two-hop DECT wireless link, one between WS-IP and RBS and the second between RBS and CBS. It can handle 11 calls simultaneously.

3. Base Station Distributor (BSD)
The BSD is a compact, remotely located, locally powered, rack-mountable unit that supports up to 4 CBS. It connects to the DIU, which may be on copper, fibre or radio. It is designed to connect pockets of subscribers located far away from the DIU.

What is CorDECT Technology?
It is a wireless in a local loop (WiLL) technology. What it means is that the connection from an exchange to any home is on wireless, very much like mobile, instead of copper wires. It is a fixed wireless connection, which can be used not only for telephony but also for Internet connectivity. This technology started 7-8 years back. We developed it in India, at IIT Madras and MIDAS communication, and we were partially responsible for bringing telephony to large sections of people. We have recently come up with a technology called a broadband CorDECT. It will provide 256 or 512 kbp per second to each user. It is the most spectrum efficient wireless technology available today and will enable broadband to be made available in villages and urban areas.

Which are the places where these technologies have been implemented?
The earlier version of the CorDECT has been implemented by almost all the service providers in the country and deployed at several thousand places and in 15 other countries. In India, it is being widely done in places like Jaipur, many towns of Rajasthan (by Shyam TeleLink), Chandigarh, towns of Punjab. BSNL has deployed it in about few hundred towns all over the country and is also using this technology to connect many rural areas. There are companies like nLogue, which are using it in rural areas widely. Some of the other countries where CorDECT has been deployed include Sri Lanka, Bangladesh, Iran, Tunisia, South Africa, Brazil, Argentina, Egypt, Angola, etc.

How can you say this technology is innovative and different from other technologies?
Well, lets talk about today’s broadband wireless. With 512 kbps, it is by far more superior than any other technology in terms of raw output it provides. Lots of innovation has gone into this technology – like we have tried using horizontally polarized signal and vertically polarized signal. No other commercial wireless technology uses it today. The exchange that we install in small towns works upto 55 degree C, so it does not require an air conditioner. Similarly the total power requirement is only 1 kilowatt so one can have a small diesel generator as a back-up. It is extremely useful and from that small town where fibre is already there, now in 25-30 km radius telephony and Internet can be provided.

How cost-effective is this technology?
It is extremely cost-effective. Today the cost of per line deployment in a village if you deploy one tower and connect 300 villages, the cost may come to barely Rs.8000 per line. Maybe Rs.10,000 including tower, power supply etc.

What is the future of this kind of technology in India?
Well, Broadband is being introduced in a big way from this year and I think Broadband corDECT will be used widely by operators. There is also a version called Cable wireless where the upstream is carried on wireless and downstream on cable. That will really hit even big cities like Chennai, Bombay, Delhi. I do see probably 10 million lines of this to be connected in the next 3 and a half years.

‘CorDECT’ has evolved to a ‘broadband CorDECT’. Now what is next?
We are looking at how to further expand. So far we have been using DECT radio. We may change the DECT Radio tomorrow and go for OFDMA technologies.

Have you faced any challenges in the roll-out of this technology?
All the time we have been facing lots of challenges. At technology level, at the Operator level, at the deployment level. In the beginning it was difficult to get spectrum clearance. Fortunately today spectrum exists, but at one time it was not there and we faced lot of difficulty. But challenges are a part of life. Basically today there is more trust in Indian technology than when we started 8-10 years back.

Ashok Jhunjhunwala of Indian Institute of Technology (IIT), Madras, is the key expert behind innovation of cordDECT technology. In this interview with egov team, he discusses the benefits of corDECT, Broandband corDECT and about the potential such technology holds for rural population.