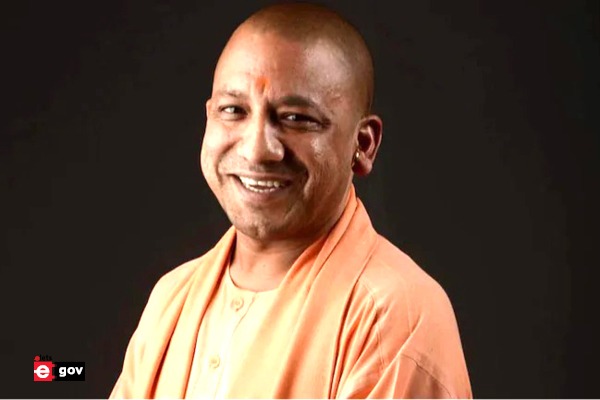 With continuous-coordinated efforts, the state capital Lucknow is today being equipped with state-of-the-art urban facilities in the form of a metropolitan city, he said. “People from different cities want to come here and make it their permanent residence. The population is increasing in the neighbouring districts as well and there are complaints of unplanned development at times. In such a situation, keeping in view the future requirement, an ‘Uttar Pradesh State Capital Region’ should be formed along the lines of the National Capital Region (NCR),” the chief minister said.

“Lucknow as well as Unnao, Sitapur, Rae Bareli, Barabanki, Kanpur Nagar and Kanpur Dehat can be included in this state capital region. After studying and discussing all the dimensions, a detailed action plan should be submitted as soon as possible,” he further said.

“In the last five years, there has been an unprecedented expansion in the world-class urban infrastructure facilities in Uttar Pradesh with the inspiration of Prime Minister Narendra Modi, be it state-of-the-art urban transport like RRTS and Metro or pure drinking water, development of integrated townships, expressways or waste management system. In every area, the common urban population is experiencing ‘Ease of Living’,” CM Yogi said.

According to the vision of PM Modi, to achieve the goal of a $1 trillion economy, we will have to increase urbanisation, the chief minister said. “The role of development authorities is very important in ensuring this. They will have to move spontaneously with the help of technology for investment, employment and innovation,” he said.

“The situation of the next 50 years should be taken into account while scheduling the development projects. The master plan should contain a complete blueprint of development,’ he stated.

“Town planners should be posted in every development authority/urban body. Authorities will also have to prioritise doing financial management for their projects on their own. Whether to set up new cities or any other green field project, their planning should be such that commercial activities get encouraged. This will generate income for the Authority, which can be used for the respective project,” CM Yogi said.

“With the policy of zero tolerance against the land mafia in the authorities and urban bodies, strictest action will be taken continuously. All authorities and local bodies should ensure that illegal settlements are not formed anywhere. Every colony should have all the necessary facilities,” CM Yogi said.

“Work should be done expeditiously on the action plan to develop Ayodhya as a ‘solar city’. This effort will give a unique identity to Ayodhya on the global stage. Cultural mapping of Ramayana tradition should be done. Similarly, action should be taken to get Ramayana galleries constructed on Ram Van Gaman Path,” he said.

“Devotees will soon be able to get a new facility of ropeway for the darshan of Radha Rani in Barsana. This important project should be completed by December this year. Similarly, the ropeway to be built from the Cantt railway station to the cathedral in Varanasi will introduce the common man to a unique urban transport system,” CM Yogi said.

“Lucknow Green Corridor should be started at the earliest. This will give an attractive look to Lucknow. The scope of the Municipal Corporation of Lucknow should be expanded. Immediate action should be taken for the revitalisation of wetlands in Butler Lake and CG City,” he said.

“In view of the importance of capital Lucknow, there is a need to establish a well-equipped ‘Convention Centre’ here. The convention centre should be such that it can host world-class events. A necessary proposal should be prepared in this regard while deciding the land selection, draft, etc. with a target of at least 35 acres of huge campus,” he said.

“The utility of Avadh Shilpgram needs to be increased. Useful exhibitions should be organized here at fortnightly intervals for the general public like MSME, skill development, and Hunar Haat. Awas Vikas Parishad should try to make Avadh Shilpgram and Kakori Shaheed Smriti Udyan more attractive with dynamic facade lighting,” the chief minister said.

“The government is determined to provide all the urban facilities according to the modern scale keeping in view the needs of the future along with preserving the ancient culture and civilisation in Ayodhya. Every project for the overall development of Ayodhya, prepared according to the sentiments of the Prime Minister, is the priority of the government,” he said.