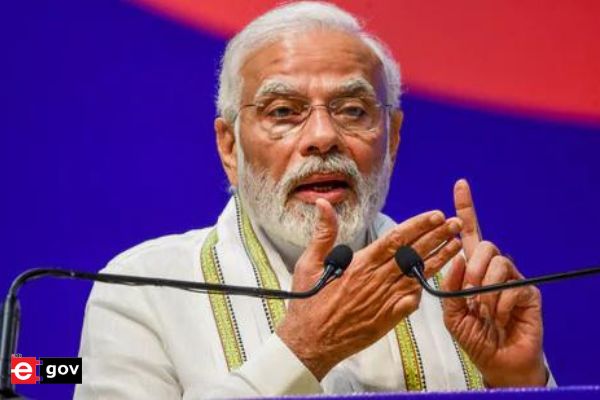 Prime minister Narendra Modi on Saturday inaugurated the Bundelkhand Expressway in the Jalaun district of Uttar Pradesh. Earlier, UP CM Yogi Adityanath has termed this inauguration day as historic, adding that this would add a new dimension to the economy of Bundelkhand & of the state. The expressway will go through 7 districts and then connect with Agra- Lucknow expressway.

PM Modi after inaugurating the expressway said, “The expressway will ensure greater people-to-people connectivity and boost the economic progress in the region. With this expressway, there will be an industrial boom in the region. We will take this development mission not just to cities but to villages also.” He added while commending the Yogi government for his remarkable improvement in the law and order situation of the state.

The 296 km four-lane expressway has been constructed at a cost of around ₹14,850 crore under the aegis of Uttar Pradesh Expressways Industrial Development Authority (UPEIDA), and can later be expanded up to six lanes as well. It is expected to give a major boost to connectivity and industrial development in the region.

The expressway begins near Bharatkoop in Chitrakoot district and merges with the Agra-Lucknow expressway near Kudrail village in Etawah district. It covers the seven districts of Chitrakoot, Banda, Mahoba, Hamirpur, Jalaun, Aurraiya, and Etawah.