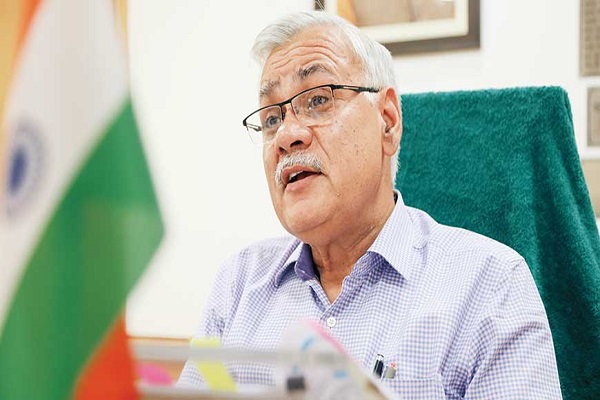 Durga Shanker Mishra has been repatriated to his home cadre, Uttar Pradesh, to be posted as the Chief Secretary of the state following the orders from the Centre. The decision came about a month ahead of the Uttar Pradesh assembly polls scheduled to take place in February next year. It is to be noted that Mishra was due to superannuate on Friday, December 31, 2021.

The 1984-Batch IAS officer was serving as Secretary to the Government of India for the Ministry of Housing and Urban Affairs (MoHUA), prior to the callback to the state cadre.

However, after assuming the charge of Chief Secretary of Uttar Pradesh, Mishra will be the top executive officer of a state and will also be the principal advisor to the state government on all matters of administration.

As per the government order, the Appointments Committee of the Cabinet extended its approval on repatriation of Durga Shankar Mishra, lAS officer of 1984-Batch, to his state cadre for the proposed appointment as Chief Secretary of Uttar Pradesh by the Government of Uttar Pradesh.

Currently, the charge of CS of Uttar Pradesh is held by Rajendra Kumar Tiwari, a 1985-Batch IAS officer who is due to retire in February 2023.

Apart from holding the charge of Secretary, MoHUA, Mishra is also the Chairman of the Delhi Metro Rail Corporation (DMRC) and the President of the IAS Association.

In another order issued by the Ministry of Personnel, Public Grievances and Pensions, Manoj Joshi (IAS 1986-Batch) has been appointed as Secretary, Ministry of Housing and Urban Affairs.