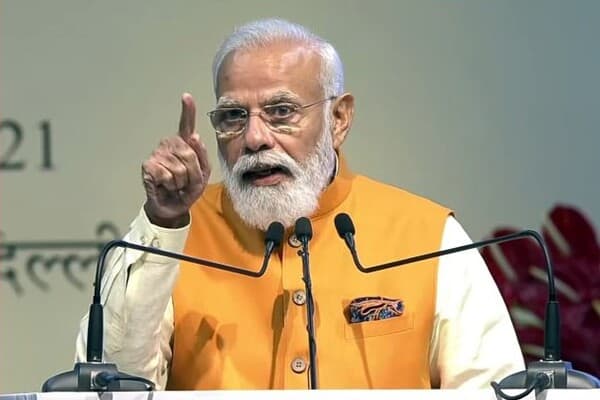 Prime Minister Narendra Modi, on the occasion of Vijaydashmi, dedicated seven new defence companies carved out of the Ordnance Factory Board (OFB) to the nation. He launched the companies while addressing a ceremony organised by the Ministry of Defence through video conferencing, on October 15. Union Defence Minister Rajnath Singh presided over the ceremony at Kothari Auditorium, Defence Research and Development Organisation (DRDO) Bhawan.

The move is aimed to enhance functional autonomy, efficiency and unleash new growth potential and innovation. Under the move, the Centre has converted OFB from a government department into seven completely government-owned corporate entities as a step towards enhancing self-reliance in the defence preparedness of the country.

In his address at the ceremony, PM Modi said that restructuring of OFB and the creation of the seven companies is a step towards realising Dr APJ Abdul Kalam’s dream of a strong India. These companies are a part of the numerous resolutions which India is pursuing to build a new future for the country during this “Amrit Kaal” of India’s independence, he added.

Calling these companies as a booster to India’s military strength, the PM also highlighted that these new companies would play a key role in import substitution and empower the vision of ‘Atmanirbhar Bharat’. An order book of over Rs 65,000 crore reflect the increasing confidence of the country in these companies, the PM added.

He said, today, the private and public sectors are working in tandem with each other for the mission of national security. Citing Uttar Pradesh and Tamil Nadu Defence Corridors as examples, the PM said that newer opportunities are emerging for the youth and MSMEs in the country as a result of policy reforms in recent years. “India’s defence exports have seen a rise of 325 per cent in the last five years,” highlighted the PM.

Further, PM Modi said that the government’s target for these companies is not only to establish expertise in their products but also to make these a global brand. “While competitive cost is our strength, quality and reliability should be our identity,” he added.

Highlighting that the growth and brand value of any nation or a company is based on R&D and innovation, the PM appealed to the seven companies that they should make research and innovation a part of their work culture so that they not only stay competitive but take the lead in future technologies. Further, he also urged startups to become a part of this new journey through these companies to utilise the research and expertise of each other.

Sharing his take on the move, Defence Minister Rajnath Singh said that the move shows the government’s resolve of achieving ‘Aatmanirbhar Bharat’. He said that it will provide autonomy to these companies and enhance accountability and efficiency in the operations of 41 factories under them.

The Minister expressed his hopes that, in the future, these new companies would not only be instrumental in the defence manufacturing ecosystem but would also provide a boost to the Indian economy. Restructuring is a continuing process and not an end in itself, he added.

On the government’s initiatives towards easing business in the country, the Minister said, since 2014, recurring efforts have been made to move from age-old business methods to modern-day practices that are needed to pave the way to the global market. He added that India is making giant strides towards fulfilling PM Modi’s vision of ‘Make in India, Make for the World’.