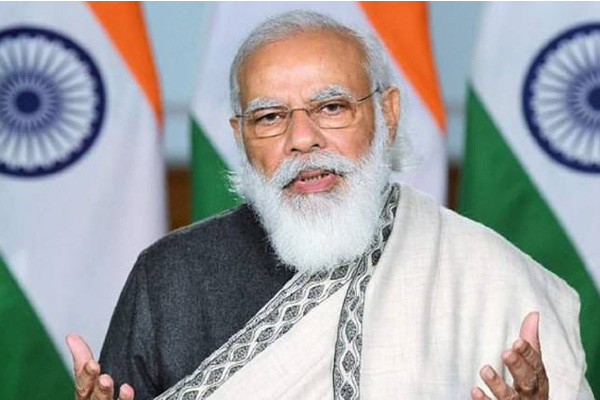 Prime Minister Narendra Modi will inaugurate the Varanasi International Cooperation and Convention Centre (VICCC) on July 15, today. The Convention Centre, which has been named ‘Rudraksh’ is built with financial assistance from Japan. PM Modi will be planting a Rudraksh plant on the Centre’s premises during the inaugural ceremony, said a senior official from Varanasi Nagar Nigam.

In the light of the inaugural ceremony, Rudraksh has been decorated with bamboo, pebbles, bonsai trees, mats, lanterns, ceramic pots, ornamental light and several sorts of flowers considering both the Japanese and Indian cultures.

The former Prime Minister of Japan Shinzo Abe gifted the Convention Centre to the city during his Varanasi visit in December 2015. The project of developing Rudraksh which was Rs 186 crore was funded by Japan International Cooperation Agency (JICA). Besides, the contract for construction of the Centre was given to a Japanese company Fujita Corporation.

At the inaugural ceremony, the Japanese ambassador to India Suzuki Satoshi with his wife Chikaga Suzuki, counsellor Kiyose Kazuhiro and secretary Oda Akari will be present. Besides, a three-member team of JICA with its chief representative Matsumoto Katsuo will also participate in the ceremony.

As per the officials, there are 108 Rudraksh installed at the Covention Centre and the roof has been shaped in the form of a Shiva Linga. The entire building has been sp designed to glow with LED lights at night, they added. The Centre has been built on 2.87 hectares of land in Sigra, a posh area in Varanasi. The Centre has a seating capacity of 1200 people. With its massive capacity and facilities, the Centre will give a boost to tourism as it ideal for holding international conferences, exhibitions, music concerts and more such events. The gallery of the Centre features murals depicting Varanasi’s culture, art and music.

As reported by a national daily, Gaurang Rathi, CEO, Varanasi Smart City, said that the centre features a state-of-the-art building management system and offers a gallery, meeting rooms and sufficient parking space for 120 four-wheelers. Moreover, the main hall of the Centre can be segmented into smaller spaces when required, he added.

The Centre, built with assistance from JICA, is an environment-friendly building and fit for obtaining the level 3 Green Rating for Integrated Habitat Assessment (GRIHA).

PM Modi, in September 2017, named the Varanasi International Cooperation and Convention Centre (VICCC) as ‘Rudraksh’ during the India-Japan Annual Summit in Ahmedabad, Gujarat. The Centre’s design was also launched at the Summit.