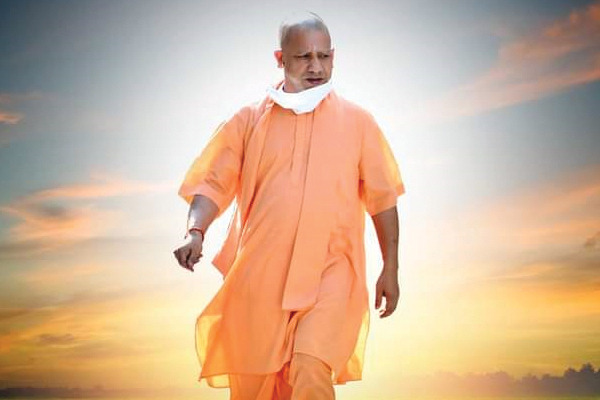 In recent years, the state of Uttar Pradesh has been one of the flag bearers of development and growth in India. Once infamous for crime, low literacy rate, mafias, poor development, and lack of apt facilities, the state of UP has turned the tables with an exemplary display of rapid holistic development and has set benchmarks in various sectors of growth. This was made possible with recurring efforts and the innovation-led approach of the Government of Uttar Pradesh, writes Adarsh Som of Elets News Network (ENN).

The Yogi-Adityanath-led Government of Uttar Pradesh, in a period of four years, has given the state a new direction of growth and claimed numerous achievements. On the occasion of the successful completion of four years of his government, Chief Minister Yogi Adityanath released a ‘development booklet’ titled ‘Chunautiyon Mein Talaashein Avsar’ on March 19, 2021. The booklet holds the account of all the achievements that the state government has achieved during this term of four years.

While launching the booklet, the CM said, “In the last four years, UP has emerged as the growth engine of the country. We aim to make the state India’s biggest economy in terms of Gross State Domestic Product (GSDP).”

Opening the portfolio of the Goverment of Uttar Pradesh from referring to the presentation of its first paperless budget (2021-2022) with the largest ever size of Rs 5.5 lakh crore for all-round development of the state to the efforts to make UP a trillion-dollar economy and bring about improvement in law and order situation, CM Yogi got all covered in the booklet.

The CM said, “When we formed the government in 2017, there were many villages left out from development works. These even lacked proper roads, schools and other important facilities and infrastructure. In many tribal villages, people were not allowed to cast their votes. With our government coming to power, we ensured that none of these villages is deprived of basic amenities.”

Further, the CM claimed that the GSDP of Uttar Pradesh climbed up in the past four years from Rs 10.9 lakh crore to Rs 21.73 lakh crore, making the state the second-largest economy in India.

The state turned the COVID-19 pandemic from a challenge into an opportunity. Uttar Pradesh stood above other states in the implementation of nearly 44 development schemes. Some of the major developments were made during the COVID period. Also, the health infrastructure in UP saw a transformational upgrade and the government’s efforts were lauded by the World Health Organisation (WHO), stated the booklet.

Besides this, the booklet states that the per capita income of UP has grown two-fold. Quoting a report of the Centre for Monitoring Indian Economy (CMIE), the booklet read that the unemployment rate in UP has significantly descended from 17.5 per cent to 4.1 per cent in the last four years. Addressing the crime in the state, it states that the Government of UP had adopted a zero-tolerance policy towards criminals and Mafias. With this, the government has demolished or confiscated illegally accumulated assets of such criminals that were worth Rs 1,000 crore.

Giving an insight into the developmental works on the metro infrastructure in the state, the booklet read that the work on the metro rail project has already started. Meerut will soon see the metro trains running as the most convenient and budget-friendly public transport. While, light metro will soon be launched in Gorakhpur, Varanasi, Prayagraj and Jhansi.

In an article written by CM Yogi Adtyanath for the Indian Express titled ‘New India’s New UP’, the CM stated, “PM Modi has dreamt of a “self-reliant India” to overcome the economic crisis unleashed by the COVID pandemic. He is pursuing the goal of making the country a $5 trillion economy. UP is committed to making a significant contribution towards this goal. Studies reveal that UP is the state with the greatest possibilities in terms of demographic dividend. The only thing needed was to explore and realise these possibilities through coordinated policies and clear intentions.”

Besides the phenomenal leadership, the state’s bureaucracy has played an instrumental role in executing projects and schemes in a result-oriented fashion leading the state to benchmark achievements. There are numerous such bureaucrats working backstage to take the state of Uttar Pradesh on the path of overall development in terms of economy, education, infrastructure, e-governance, public services, natural resource management, power, smart city development, disaster response, and most importantly imbibing a behavioural change among people.

Also Read: From 12th to 2nd in Ease of Doing Business: UP Spearheading