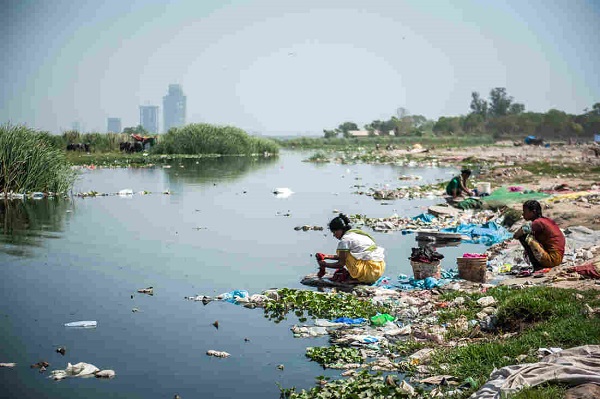 The National capital had tough times dealing with its water issues already and an add on is the data released by the Ministry of Jal Shakti in Rajya Sabha on March 2 stating that about nine districts in the national capital had contaminated groundwater in 2019.

As per the report, parts of Haryana, Rajasthan and Uttar Pradesh apart from Delhi which makes up the National Capital Region had at least 30 districts with some form of pollutants in their groundwater, including arsenic, iron, heavy metals such as lead, cadmium and chromium, flouride, nitrate, and salinity.

Gajendra Singh Shekhawat, Jal Shakti Minister presented the data in a written response to a starred question asked by DP Vats, a BJP MP and retired Lieutenant General. The Minister was asked if the government is aware of the contaminated groundwater in the area and if any corrective action is being taken.

Shekhawat responded by saying, the National Water Quality Programme under the Central Pollution Control Board (CPCB) did not show any ups and downs in trends in groundwater pollution levels in the capital in 2018 and 2019.

However, Central Ground Water Board’s (CGWB) data for the year 2019 displayed that most districts in Delhi were partially affected by groundwater pollutants present at higher levels than declared permissible by the Bureau of Indian Standards (BIS).

The report also showed that most districts in the capital had salinity issues, with electrical conductivity levels above the prescribed limit of 3,000 micro mhos/cm, as well as flouride and nitrate levels above the limits of 1.5 and 45 mg/litre respectively.

Further, Arsenic was found above the safe level of 0.01 mg/litre in the groundwater of east and northeast regions of Delhi. Although, Iron was not a contaminant in the city, but, presence of lead was found along the Najafgarh drain in the North, West and South-West districts.