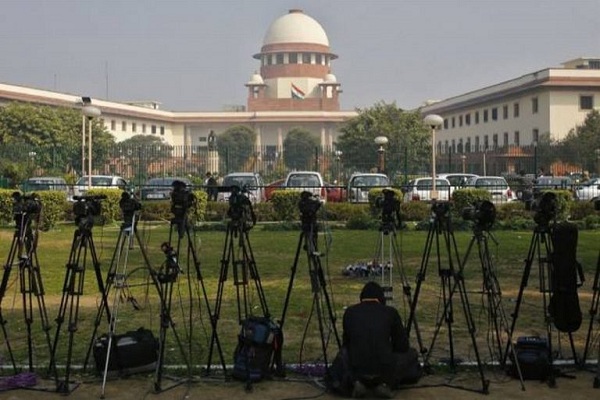 The Ayodhya appeals hearing in the Supreme Court is likely to end today, two days prior to the deadline. A five-judge Constitution Bench headed by Chief Justice Ranjan Gogoi has been hearing the Ram Janmabhoomi-Babri Masjid title suit for 39 days and had earlier set the deadline to finish arguments on October 18.

The Sunni Waqf Board — one of the petitioners — has sought to withdraw from the title suit, the mediation panel has informed the Supreme Court.

The move comes amid reports of a possible rift between members of the board following FIRs against its chairman ZA Faruqui.

As per reports, the Uttar Pradesh government has recommended an inquiry by the Central Bureau of Investigation (CBI) against Faruqui into alleged illegal sale and purchase of land for the board.

The board, in its proposal to the bench, suggested giving up its claim on the disputed site but sought that Places of Worship Act, 1991, should be made water-tight.

The board also asked that the government to maintain around 22 mosques in Ayodhya, many of which were damaged in the riots after the demolition of the Babri Masjid.

The board also suggested the apex court to form a committee to check the status of other religious places under the control of the Archaeological Survey of India.

The bench, also comprising justices SA Bobde, DY Chandrachud, Ashok Bhushan and SA Nazeer will have to pronounce the ruling by November 17 as the CJI will retire on that date. If the judgment is not delivered before his retirement, the entire matter would have to be heard afresh.

Senior advocate K. Parasaran, who is appearing before the Ayodhya Bench led by Chief Justice Ranjan Gogoi, on Tuesday said that Muslims could pray in several mosques around Ayodhya, but the birthplace of Lord Ram cannot be shifted.

The Hindu bench, during the hearing, accused Mughal emperor Babur of committing a “historical wrong” by constructing a mosque at the birthplace of Lord Ram in Ayodhya.

Parasaran parried several questions from the Bench on the law of limitation and doctrine of adverse possession.

As many as 14 appeals were filed in the Supreme court against the 2010 Allahabad High Court judgment, delivered in four civil suits, that the 2.77-acre land in Ayodhya be partitioned equally among the three parties — the Sunni Waqf Board, the Nirmohi Akhara and Ram Lalla.