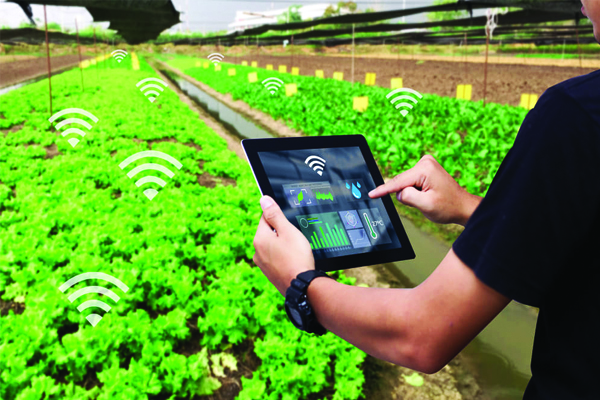 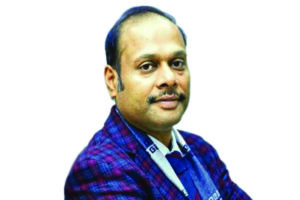 India is predominantly an agrarian economy, with 70 percent of the population dependent on farming and other allied activities. However, there is no single, unique database of about 14 crore farmers in the country, says Vivek Aggarwal, Joint Secretary (Crops & IT) and CEO-PM Kisan, in an exclusive interview with Sreetama Datta Roy and Sanghamitra Mohanty of Elets News Network (ENN). Aggarwal also assesses the challenge areas of the Agriculture sector of India and how technology is playing a key role in the department’s function and future plans.

Please share an overview of the Department of Agriculture, Cooperation and Farmers Welfare.

The Department of Agriculture, Cooperation & Farmers Welfare (DAC&FW) is one of the two constituent Departments of the Ministry of Agriculture & Farmers Welfare, the other one being the Department of Agricultural Research and Education (DARE). This Department is headed by Agriculture & Farmers Welfare Minister and is assisted by two Ministers of State. The Secretary (AC&FW) is the administrative head of the Department. The DAC&FW has 28 divisions and has five attached offices and 21 subordinate offices which are spread across the country for coordination with state level agencies and implementation of Central Sector Schemes in their respective fields. Further, one Public Sector Undertaking, nine autonomous bodies, 10 national-level cooperative organisations and two authorities are functioning under administrative control of Department.

What are some of the recent schemes undertaken by the department in order to promote farmer welfare?

On February 24, 2019, Pradhan Mantri Kisan Samman Nidhi (PM KISAN) was launched to provide Rs 6000 in three equal installments of Rs 2000 every four months to Small and Marginal Farmers (SMFs) with combined holding of up to two hectares of land, with an objective to augment the income of small and marginal farmers. The ambit of the scheme has now been expanded to cover all farmers in the country irrespective of the size of their land holdings, subject to all other exclusions.

This Department has also soft launched Pradhan Mantri Maan Dhan Yojana, a voluntary and contributory pension scheme, with entry age of 18 to 40 years, for providing a minimum fix pension of Rs 3,000 to the eligible small and marginal farmers, subject to certain exclusion clauses, on attaining the age of 60 years.

Technologies like Artificial Intelligence, Machine Learning, Cloud Computing, Blockchain, etc. have become an intrinsic part of the governance, especially with Digital India scheme of the Government of India. What are the technologies being deployed in the Department of Agriculture, Cooperation and Farmers Welfare?

The Committee on Doubling Farmers’ Income (DFI) in its report appreciated the role of Digital Technology, which can play a transformational role in modernising and organising how rural India performs its agricultural activities. The possible components for modern management of agriculture are:

To start with, for incorporating recommendations made by the DFI Committee about use of AI & ML, Big Data Analysis, IoT etc. in agriculture, the Department is contemplating to amend National e-Governance Plan in Agriculture for release of funds to the states only for the projects involving 32 SEPTEMBER 2019 [ egov.eletsonline.com ] The Largest Portal on e-Governance in Asia and the Middle East use of technologies mentioned above.

This Department under Pradhan Mantri Fasal Bima Yojana, through various agencies, has carried out many pilot studies for optimisation of Crop Cutting Experiments, in which AI is used for optimisation and yield estimation.

How are the technologies being utilised to ensure factors like optimum crop cultivation, weather management, irrigation etc.?

The major technology interventions in the Department include:

(i) Development of Kisan Suvidha mobile application to facilitate dissemination of information to farmers on the critical agricultural matters including weather forecasts and alerts.

(iii) Development of mKisan Portal (www.mkisan.gov.in) for sending advisories on various crop related matter to the registered farmers through SMS.

(vi) Introduction of Soil Health Card Scheme to assist State Governments in providing Soil Health Cards to provide information to the farmers on nutrient status of their soil along with recommendations on appropriate dosage of nutrients to be applied for improving crop productivity and soil fertility.

(vii) Implementation of Per Drop More Crop component of Pradhan Mantri Krishi Sinchayee Yojana, which mainly focuses on water use efficiently at farm level through precision and micro irrigation technologies viz., Drip and Sprinkler irrigation. Micro irrigation technology not only helps in water saving but also in reducing fertilizer usage, labour expenses, and other inputs costs besides sustaining soil health.

What is your take on the Public- Private Partnerships in the Department? Please mention the private organisations with whom the Department has collaborated.

In the context of Indian agriculture, the Public-Private Partnership can be fruitful in areas such as seed production, farm implements and machinery, value-addition and post-harvest processing in cereals, pulses, oilseeds, fruits and vegetables, product testing and evaluation. The private sector seems to have an edge in factoring clients into design of technologies and diffusion processes. The Department has engaged some private companies in preparation of Proof of Concept and the Pilot projects. Some private companies have also been engaged for managing web portals of the Department.

What are some of the areas of challenge and how do you plan to mitigate those ?

The Department is working on development of Centralised Farmer Database with land records as the basic data. India is predominantly an agrarian economy, with 70 percent of the population dependent on farming and other allied activities. However, there is no single, unique database of about 14 crore farmers in the country. Around 60 percent to 70 percent of the data is being repeatedly recollected under various schemes of the Government. However, the same data collected from any two sources do not match most of the times. The challenges in developing this Database include:

iii) Different format of meta data, which is different for states’ specific databases as different information is captured as per the revenue system of State

iv) Non-implementation of local Government Directory Codes for all villages and other units in the hierarchy. Location hierarchy is different in different states; etc.

We are preparing Proof of Concepts (POC) by creating a unique data by matching LG code of a district, land record of a selected district and data of a data under a scheme run by the Department. Once POC is prepared, further course of action will be taken in the matter.

“We are preparing Proof of Concepts by creating a unique data by matching LG code of a district, land record of a selected district and data of a data under a scheme run by the Department. Once POC is prepared, further course of action will be taken in the matter.”

What are some of the initiatives you have in the pipeline for the upcoming years?

The Department is working on the creation of Centralised Farmers Database based on revenue land record; developing a Farm Based Weather and Crop Advisory Service for sending tailor made agro and weather advisories to the farmer; and development of Agristack as a public digital platform on the platform of farmer database for ready and almost access to famers and private players.