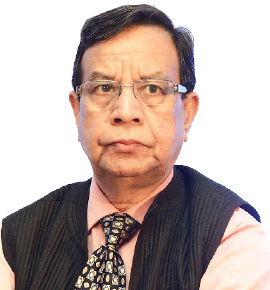 Capacity building in Public Sector Enterprises (PSEs) is important and has become a game- changer in the current market environment. SCOPE is giving thrust to this important aspect, says Dr U D Choubey, Director General, Standing Conference of Public Enterprises (SCOPE) in an interview with Shivani Tyagi of Elets News Network (ENN). Excerpts:

What is the mandate of SCOPE? How did SCOPE come into being? SCOPE is an apex professional organisation with the mandate to promote excellence in organisations where public investment is involved, in order to enable them to be globally competitive. It represents Central Public Sector Enterprises. Besides, some state enterprises, banks and other institutions are its members.

SCOPE came into existence in April, 1973, replacing the earlier organisation called “New Horizon”, which was set up for promoting better understanding among the public at large of the individual and collective contribution of the Public Enterprises in building up the industrial strength of the nation. Later, a greater role was visualised for this society and it was converted into an apex body for all Central Public Sector Enterprises. Thus, SCOPE came into existence as a representative body of PSEs and was formally recognised by the Government of India in November 1976 by a decision of Union Cabinet.

What will be the future roadmap for SCOPE? Capacity building in PSEs is important and has become a game-changer in the current market environment. SCOPE is giving thrust to this important aspect. An Academy of Public Sector Enterprises (APSE) has been established to provide a platform for manpower development at a centralised point for capacity and competency building of executives of PSEs. The Academy is different from dedicated training centres in various public sectors as it gives a broad picture of all PSEs under one roof thereby covering gamut of sectors viz., oil and gas, power, manufacturing, construction, communication etc. SCOPE has successfully completed its three programmes in a span of few months.

PSEs contribution to the social cause has also been immense. They have reached the remotest corners of the country and are involved in social welfare activities such as building village infrastructure, providing health care facilities, bringing education to the doorstep of the poor and the rural people.

Besides, SCOPE has been organising global leadership programmes, to provide insights and better understanding of global economic environment. An array of programmes have been planned in the areas of occupational safety and health, Right To Information (RTI), Corporate Communication, Goods and Services Tax (GST), Companies Act, risk management etc.

What is the major role of PSEs in the economy?

PSEs, set up with the twin objective of economic development and social justice, have taken significant initiatives for removing regional imbalances and creating employment opportunities for the people of the country.

With the total investment of just Rs. 29 crore the first five year plan rolled out five PSEs. Today the country has 298 PSEs with the investment of Rs. 10,96,057 crore. Total turnover/gross revenue from operation of all operating Central Public Sector Enterprises (235) during 2014-15 stands at Rs. 19, 95,902 crore. The overall net profit of all 235 CPSEs stood at Rs. 1,03,003 crore and the contribution of CPSEs to central exchequer by way of excise duty, customs duty, corporate tax, interest on central government loans, dividend and other duties and taxes stands at Rs. 2,00,585 crore. Foreign exchange earningzs through exports of goods and services was Rs. 1,03,071 crore in 2014-15. CPSEs employ 12.91 lakh people (excluding contractual workers).

PSEs contribution to the social cause has also been immense. They have reached the remotest corners of the country and are involved in social welfare activities such as building village infrastructure, providing health care facilities, bringing education to the doorstep of the poor and the rural people. In line with the nation’s vision of Swachh Bharat, they have constructed toilets and taken other initiatives like skill building in communities that are located at remote locations.

What has been the role of SCOPE so far in the economic revival of the companies?

SCOPE has been a catalyst in increasing government’s focus on reform and restructuring of PSEs in line with opening up of the Indian economy and increased integration with the world economy. Its strategic focus has been on strengthening PSEs to face the ever increasing competition and enable them to become global in their orientation. SCOPE from time to time organises brainstorming sessions, conclaves for financially stressed PSEs, and interactions with policy makers, to deliberate on issues concerning PSEs. Issues emerged during the deliberations are being forwarded to the policy makers in the government.

How has been the evolution story of the PSEs in the country?

Post-independence, state intervention and creation of public sector was considered vital for the growth of the economy. The core challenge was to achieve economic development with equity in addressing concerns of widespread poverty, removal of regional imbalances, extreme disparities in income, expansion of employment opportunities and build industrial infrastructure for rapid growth. It was universally accepted that the Indian private sector was neither capable of making large investment and nor was it expected to take up projects with long gestation period and low returns.

Our country, thus chose to follow the path of centrally planned mixed economy and public sector was deployed as an instrument of self-reliant inclusive growth. This is how the public sector was born and primary role assigned to it was nation building by way of industrial development and creation of infrastructure with overriding emphasis on social factors.

What are the major challenges before PSUs?

A real challenge for any company including PSEs, is to fill knowledge-gap at all the levels in the organisation. However, capacity building of the board members and senior managers become all the more essential to deal with the emerging challenges of corporate governance and to sustain competitive edge. Thus, conscious efforts are required to fill knowledge gaps through training and development programmes.

Leadership for women, have also become an important aspect with the growing recognition about the need for placing women in positions which contribute strategically more value for the organisation. The Companies Act, 2013 also mandated participation of women on the boards of listed companies. To support the PSEs in addressing these concerns, SCOPE has been organising international HR summits and workshops on board interview for PSEs.

How do PSEs incorporate corporate social responsibility part of their ecosystem?

Enhancement of value and betterment of society has become important for all the corporates. Given the massive fund being earmarked for CSR initiatives and likely problems of effective and judicious implementation, there needs to be a convergence approach towards all CSR initiatives. Stringent mechanisms for selection of agencies for implementation of CSR activities and social audit to ensure proper utilisation of CSR funds would ensure meeting the CSR goals.