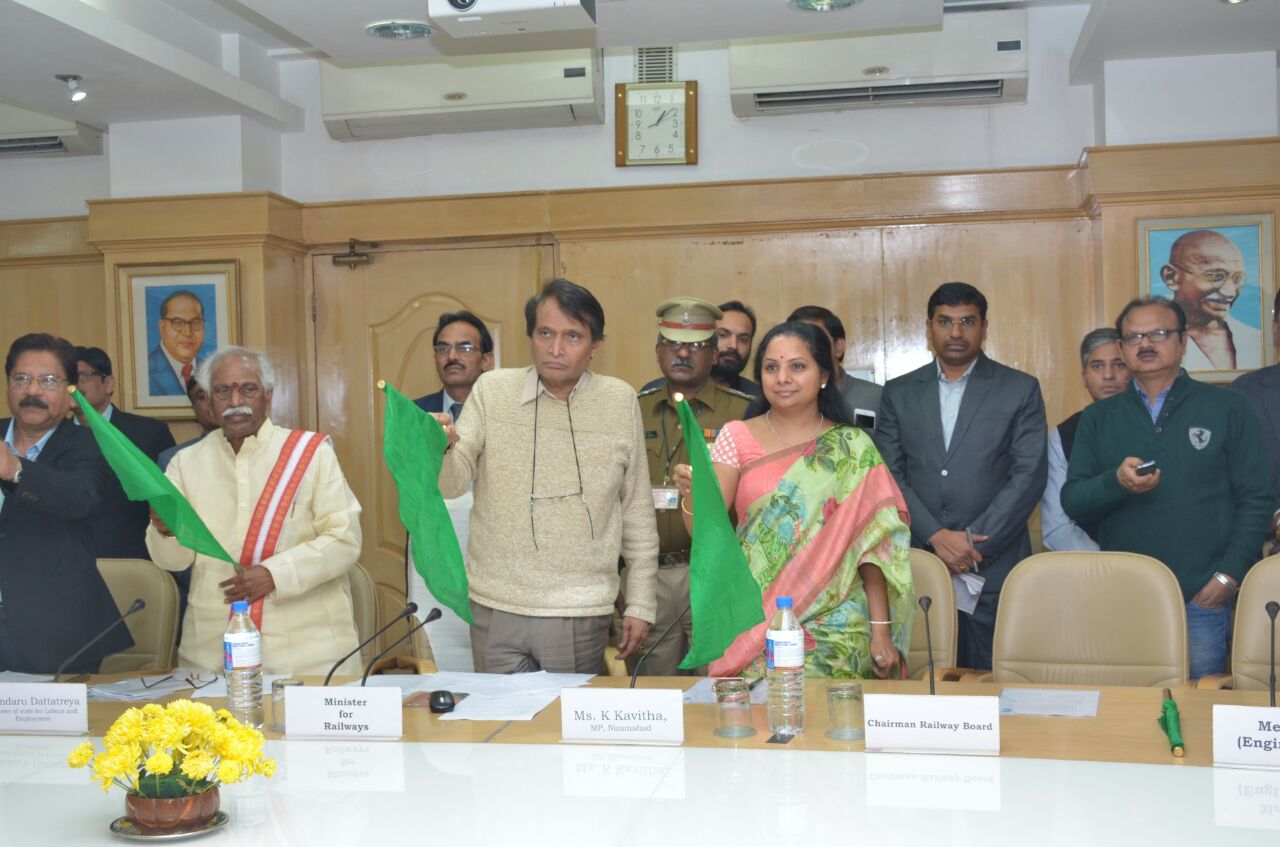 In a step towards Digital India campaign of the Government of India, free WiFi broadband facility has been launched at Secunderabad and Hyderabad Railway stations in Telangana State on Friday.

Union Minister of Railways, Suresh Prabhu along with Union Minister of State for Labour and Employment, Bandaru Dattatreya and Member of Parliament from Telangana state K. Kavita inaugurated the new WiFi broadband system through video-conferencing from Rail Bhavan, New Delhi.

RailTel in association with the technology giant Google as technology partner commissioned the free-WiFi broadband facility in a total of 104 A1 and A category railway stations pan India. It plans to commission the similar facility in 296 other railway stations including the one in Warangal district of Telangana state. By 2017, another 100 stations are setting have the free-WiFi facility.

This move would also support the cashless or digital payment movement of Central Government.

Under the partnership, RailTel is providing high-speed internet, power, fiber and switch network whereas Google is providing the radio access network along with technology support.

Once implemented full-fledged, it shall be the largest public WiFi project in the world.