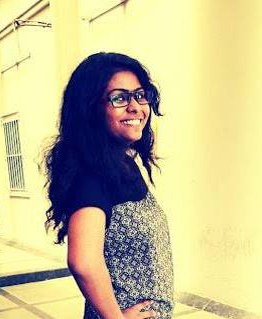 “I changed my profile picture to support Digital India, the Indian Government’s effort to connect rural communities to the Internet and give people access to more services online.” These were the lines written by Facebook Founder and CEO, Mark Zuckerberg, who changed his profile picture in the tricolour to support the Digital India initiative undertaken by Prime Minister Narendra Modi.

“Thanks Mark Zuckerberg for the support. I (also) changed my DP (display picture) in support of the efforts towards a Digital India,” replied PM Modi after changing his profile picture in a similar fashion.

The above conversation happened after PM Modi’s recent visit to the United States, which attracted huge media attention.

A link appeared on Zuckerberg’s Facebook profile — fb.com/supportdigitalindia, clicking on which people could change their profile picture and thus express their support for a futuristic India that would be digital and technology led, so to say. And, what followed was only expected in a social media-conscious times — a large number of people Modi-fied their DPs by adorning profiles with the tricolour. Indeed, an innovative way to back a national cause.

And, what about those, who didn’t change their picture? Were they an ignorant lot, or any less national, or the idea of India going digital didn’t excite them? I believe they simply chose not to be part of the herd and stayed away from the aping act. In reality, they were also as Indian as others, without losing even an iota of Indian-ness in them.

Afterwards, giving a new twist to the tale were some reports that claimed the link used to create those tricolour pictures was actually meant to garner support for Internet.org — another Zuckerberg initiative. The website nextbigwhat.com wrote, “If people are changing their profile picture to look cool and show support towards Digital India, Facebook is counting it as a support for Internet.org.” However, a spokesperson from Facebook trashed the claim, “There is absolutely no connection between updating your profile picture for Digital India and Internet.org.”

Amid all such claims and counter-claims, what remains beyond debate is that we, the Indians, have a huge fancy for technology. Whether the idea DP change came naturally or was put on, the fact remains that a huge number of people did it. So, going by that, we can safely say that India has the potential to go digital and the zeal to embrace the concept of ‘Digital India’, in its totality.

(The views expressed in the write-up are author’s own, and they do not represent the views of the organisation she works for.)