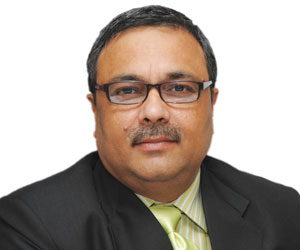 The financial inclusion initiative of the government looks fine, though there could be issues with its implementation, says Pawan Kapoor, in a tete-a-tete with Sneha Mejari of Elets News Network (ENN)

How do you perceive the Prime Minister’s Jan Dhan Yojana?

The Prime Minister’s Jan Dhan Yojana is an excellent financial inclusion initiative, but it’s not something new. Such initiatives were undertaken by previous governments as well. The policy and ideas are wonderful provided they are implemented. Most of the people are taking it as a normal government scheme having good policies but they are never implemented. I and my banker friends discuss a lot on these initiatives but ultimately we all have the same stories to tell.

How important is financial inclusion for India?

Financial inclusion is necessary if India really wants to grow, and to achieve that kind of growth it is very important to promote banking in remote areas and villages. Today, consumer products like chips, cold drinks and mobile phones have reached the most remote parts of India, but banking has not. People should have access to banking and financial services, and providing this access to banks is the responsibility of the government.

How, according to you, we can accelerate the process of financial inclusion in India?

The process of financial inclusion can be accelerated only if citizens think they actually need it. They raise their voice against improper sanitation and inadequate sanitary facilities. This drives the government to launch schemes to resolve their issues, for which crores of rupees are allotted. But this money never reaches the people. If this money comes through banks, no mediator can touch it. All the money will actually go towards helping the needy people.

However, besides this, we also need to bring about financial literacy. We need to explain the benefits of banking to the unbanked citizens. We hear stories of household women whose hard earned money is taken away and wasted over alcohol by their husbands. This can be totally stopped through providing them access to banking. Along with financial inclusion, we also need social inclusion. People should know what are banks, what are ATMs and banking cards, and the importance of inculcating the habit of saving. Financial literacy will make their lives better. They can become self-reliant.

What is your opinion about providing people with the facility of cashless services?

It is very important to bring in cashless facilities. If we take the recent example of Kashmir floods, people’s homes and their belongings have got washed away. They have even lost all their important documents. In such a situation, cashless facilities will be very helpful. In developed countries like the USA, they have discarded the cheque system long time ago. Now it all works through mobile and online banking. We all know to carry cash is a risk especially in our country. So, we can use technology and avoid that risk.

Poor ATM density is one problem that the rural economy faces? How can this issue be addressed?

ATM density is indeed a problem in India. But according to this Jan Dhan Yojana, banks will be opening their branches in rural India which is a very difficult task. Actually there are gaps in the programme. There are two different approaches to the issue: while the finance ministry, which is planning to provide proper banking facilities to the people directly, RBI is insisting on documents like Aadhaar cards and PAN cards for opening of their accounts, which makes it very difficult for these people as they cannot produce these documents.

Coming to ATM density, no private bank will open its branches in rural areas. This is due to various issues like electricity and connectivity. Cost of maintaining a bank branch is around Rs 50,000 to Rs 1 lakh, and all this when they would not be getting much business out of these branches. The public sector banks will have to open their branches out of compulsion. But if we look at history, they will turn exactly into RRBs or the Gramin Banks that were opened. They will have to be finally shut down.

Even ATMs need electricity and connectivity without which they cannot function. And now we also have the rule of keeping a security guard at every ATM. To solve these problems, it is necessary to use technology like mobile banking.

“If everybody is linked to the banking system, every transaction can be traced which will benefit the public as well as the government”

Tell us about the initiatives taken by your bank for financial inclusion.

We at HCBL have taken many initiatives towards financial inclusion, one of these is mobile banking. We had modified a van and incorporated it with all the banking fundamentals. It carries all banking facilities like an ATM, opening of accounts, loans etc. This van can substitute the functions of a bank branch. It can go to various places and benefit more and more people. This model, if implemented properly, can actually be very successful.

We had the then RBI Governor Shobha Rao visit this mobile van. She had really liked our idea. But unfortunately after a few weeks, we received a letter from the RBI saying that they did not have a licence to run mobile van banks, so we had to stop. I have raised this issue with our new Prime Minister and hope for a positive response.

In another initiative, we have grouped together Chikan Karigars or artisans, who live in Lucknow, and given them small loans. Today these artisans have opened factories of their own and are not only self dependent but have also helped keep the Chikan tradition of Lucknow alive.

We have also started an initiative for the last two years where we provide bank accounts to beggars. They are the people in the lowest strata of the society. Our initiative has helped them save a lot of money, thus inculcating ‘saving’ habits among them.

Are you planning any new initiative?

We have targeted creation of at least 20 mobile banks which will substitute for nearly 100 branches at a much cheaper cost.
Talking again about the Jan Dhan Yojana, they have not included the co-operative sector. The co-operative sector banks are already working for financial inclusion to some extent, but this scheme has left us out. We do not work with big and rich people…we are bankers to the poor. I do not understand why we are given this stepmotherly treatment.