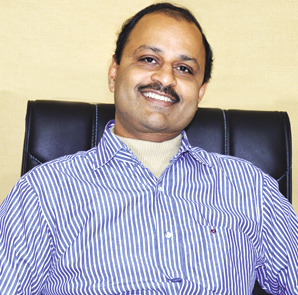 It is well known that implementation of information systems in silos (standalone systems that don’t communicate with each other) is disingenuous, unproductive and expensive. As a result there have been numerous attempts at breaking the silos and building integrated systems. However, such efforts in the Government sector have been largely unsuccessful.

For many years, the National e-Governance Plan (NeGP) of the Department of Electronics & Information Technology (DeitY), Government of India, has been championing an integration framework, aligning multiple citizen services delivery projects and other government information systems to integrate using the National / State-Level Services Delivery Gateways (NSDG / SSDG). However, adoption has been slow; and the benefits, hard to measure.

As a part of the IT Roadmap for Haryana, a multi-pronged integration plan (and project) was conceived – incorporating the lessons learned from other projects in the country and accommodating the latest technologies and techniques. This project, envisioned to be Haryana’s e-Governance Integration Platform (called the Haryana OneState) was accepted by the State Technical Committee to be a critical part of the state’s e-Governance vision.

The Integrated Village Information & Services System (IVISS) is a starting point of Haryana OneState implementation, beginning with a set of integrated e-Services for citizens as well as an Integrated Village Information Visualization System. It is designed to showcase the benefits of integration along with deep (rigorous) modelling of underlying information. After a series of demonstrations to the Government, the IVISS has been rolled out on a pilot basis at Barwala (Panchkula district) on 20 June 2013. Based on its success, a state-wide rollout is currently being planned; starting with the Panchkula District where a plan for 54 rural centres has been announced. Other districts and urban locations will soon follow.

e-Services to Citizens
The service delivery aspect of IVISS has been designed to align with the Common Service Centre (CSC) Project, which is a Mission Mode Project (MMP) of NeGP. In this, the District Administration takes the lead in e-Services delivery through a District e-Governance Society (DeGS) that selects and manages the operations of Village Level Entrepreneurs (VLEs). The VLEs operate eSeva Kendras (CSCs) and deliver services using the IVISS in accordance with the government guidelines. The same system would also be used for urban e-Services delivery through the Urban Local Bodies Department.

Apart from consolidating e-Service delivery across multiple departments, it is also envisaged that the eSeva Kendras could undertake back office IT systems work for the Government at the village level – for the Panchayats (through the ePanchayats/ePRI project) department and potentially for other departments as well.

In this vision, the eSeva Kendras have the potential to serve as focal points of Government-Citizen two-way interaction, perhaps becoming Open Government hubs for every cluster of 5-6 villages.
A new division has been setup in HARTRON to develop and manage all the IT systems (such as IVISS) and run the operations required to deliver the e-Services. All the IT assets are being hosted on a common Cloud Computing platform thereby avoiding costly duplication of expensive IT administration and security resources.

Integrated Information Visualisation
Ready access to reliable and up-to-date village level information has for long been every administrator’s dream. At present this requires significantly time-consuming collection, collation, analysis and consolidation of information from multiple sources. The IVISS project, by building a mapbased visualization platform showcases how each departmental system can bring together all their data in an easy to use and easy to consume manner. The integration framework integrates views from multiple departments and data sources to be presented in a rich visual medium, leveraging the power of Geographical Information Systems (GIS) combined with automated information aggregation.

Government Receipts Processing and Reconciliation
A comprehensive Government Receipts (“payments”, from a citizen perspective) system has been developed as a part of IVISS to enable receipt of payments through the CSCs – structured in line with the guidelines of the CSC Project.
In this, HARTRON acts as a trusted intermediary, managing the receipts by allowing the VLEs to operate a virtual pre-paid account with HARTRON. Every time a citizen pays the VLE to receive a Government e-service, the corresponding fee is deducted from the VLE’s virtual pre-paid account and credited to the Government account. Receipt is generated from the system only upon successfully crediting the Government account. At any time, the VLE is only allowed to collect fees equal to or less than his account balance – thus ensuring that the government receipts are always protected. The VLE is allowed to “top-up” his virtual account at any time through an online payment gateway – thereby permitting him to continue serving citizens and collecting fees on behalf of the government. For maximum transparency, all routine VLE debits and credits (including top-ups) are designed to work without any human intervention.

Non-Treasury payments such as to boards and corporations are also handled the same way. Their payments are credited to their respective bank accounts instead of a centralized Treasury Account.
Receipts are generated by the system, giving complete details of the payments received. Clearing reports are generated both for the VLEs as well as the Departments to ensure that they are able to reconcile all the transactions pertinent to their context. An exclusive Clearing and Settlement Operation has been set up in HARTRON for this purpose.

For all systems with full online integration (such as the UHBVN MBC, Health and Revenue systems) account & services information is updated immediately (online). For offline systems (e.g., Challan Payments) up-to-thesecond Clearing Reports are made available online through their own logins so that they may update their systems at any frequency they desire (once-a-day is recommended). Settlement will be through an online funds transfer, planned as a once-a-day activity, with an effective settlement period of T+2 as the target. Integration Architecture
The system is modeled to preserve the autonomy of each of the participating (integrated) information systems. Inter-system interaction is implemented through a simplified and yet powerful middleware similar to the SSDG. As a light-weight equivalent, this middleware is much simpler to integrate with, thus reducing the costs and hurdles of integration – a prime attraction when compared to the NSDG or SSDG.
This middleware includes a State Services Directory, Integrated System Registration, Auto-discovery of Services, Health-Check of Services, Round-trip performance check of Services, and Service Call Routing. Improvements are underway to make this a drop-deploy component, thus making it even simpler than it currently is.

Interaction between systems is strictly through mutually-accepted Application Programming Interfaces (API). As a result, direct database access is not required for any two systems to interact. As a result, each departmental system retains complete control of their respective databases and implementation of business rules.

State Resident Data Base and Identity Management
A Core System consisting mainly of a State Resident Database (SRDB) – as a centralized and shared resource available by default to every application integrated into the platform. The SRDB data is planned to be the single-most reliable source of resident, location, organization and event data across the state – through the efforts of one-time data migration, enrolment, consolidation and data enrichment.
As is common with any large repository of such nature, considerable effort has been spent in ensuring the security of the data and the privacy of the citizens. The system has many levels of safeguards to prevent unauthorized data access.

Master Data Management Operations
Quality of data is of utmost important as the value of the citizen services as well as government decision making degrades significantly if the underlying data is unreliable. No single source of data about citizens is fully reliable at this time. Reconciliation across data sources is a herculean task. Therefore, IVISS attempts to enrich the citizen data obtained from each citizen service delivery interaction. A Data Enrichment system collates citizen data from each of the available databases (e.g., VoterID,Socio Economic Caste Census, UID, Births & Deaths Registers, UHBVN consumer list, …) and guides the citizen (with CSC Operator assistance) in consolidating, correcting and linking the records across sources.

The resultant collation is sent to the centralized Master Data Management Operations set up specifically for this purpose, as a part of the IVISS operations. Here any attachments are checked, the information provided is validated and analyzed against the databases for possible duplications / inaccuracies before accepting into the SRDB.
New enrolments (with or without UID) are also handled as a part of the same workflow.

Identity Management and Single Sign-on
All the applications of IVISS – including the mobile application use a single Identity Management System (IdM) that uses the SRDB as its directory and provides single sign-on functionality. This ensures every user and beneficiary (citizen in an assisted service model at a CSC counter) can be authenticated securely, in accordance with the requirements of the specific service and applicable departmental business rules. Strong online UID-based authentication is an integral part of this plan. By using this as a service all departmental systems can eliminate costly and repetitive implementations.

While the identity is assured by this system, the privileges / benefits accorded to the adequately authenticated person is still decided by the individual systems – thus preserving the autonomy while providing a valuable common service. Mobile Application Gateway A fully functional

Mobile Application Gateway
has been implemented as a part of IVISS. A comprehensive cross-departmental verification & approval workflow application has been developed on the Android Operating System – for use on low-cost tablet computers.
It is expected that the intuitive touch-based interaction will significantly overcome the usability barriers often experienced by village level functionaries not well-versed with computers. Features such as Hindi & English language support, as well as the elimination of the need for a cumbersome onscreen keyboard (the system uses a two-factor authentication system with mobile based One-Time PIN) have been designed for this purpose. SMS integration has been implemented through the National Mobile Services Delivery Gateway (MSDG).