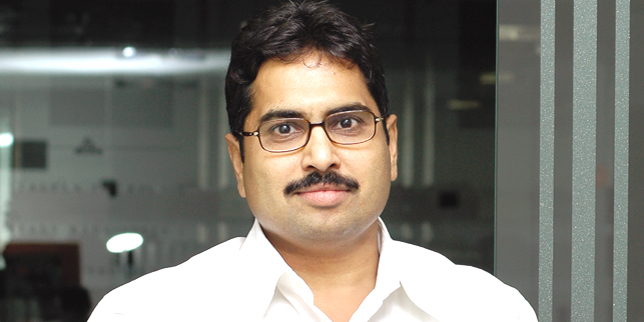 Sanjay Jaju, Secretary, Information Technology & Communications Department, Government of Andhra Pradesh
Who could have predicted that the concept, definition and paradigm of media as we understood earlier would alter so dramatically? It really bemuses us that all this has happened in less than a decade or so. Although print media remained in fashion for all of the five centuries earlier after the invention of printing, the trends have now moved to other forms of media starting with television to now the digital landscape in the form of social media or the blogosphere. How should we look at this change, whether it is positive or negative for the growth of political discourse and opinion building is the question that naturally crops up in our minds? One thing, however, looks certain, these emerging trends and blowing winds on media have come here to stay until they get modified by some other more sophisticated forms, difficult to foreseen now.

Change is the only constant in life and it’s therefore imperative that we welcome this transition with open arms. This change on the balance though looks largely positive. It has truly advanced the concept of freedom of speech and expression, which are the essential tenets of a good functioning democracy. Though print media, or the fourth estate as they call it, used to play the same role, it’s now become freer with social media wherein multiple opinions and diverse thoughts are aired or wired with consummate ease. This has made the standards of debate more exacting and would also allow mature self-censorship to grow and evolve, which surely is a more responsible form of reportage. The control, which media houses use to have on opinion, has also shifted democratically as social media limits the biases, prejudices and commercial interests that plagued the news ecosystem earlier. There were instances wherein public opinion was arbitrarily shaped by such partisan understandings of the media houses. Internet on the other hand does not allow that and provides equal opportunities to everybody wanting to air their views, which allow better quality of debate. However, there are two faces of the coin, what seems good has to have its own share of inherent pitfalls. Unless caution is exercised, social media can also become an uncontrolled Frankenstein where it can be used for uninhibited mudslinging, unscrupulous debates and unsubstantiated insinuations and calumnies.

The signs of this are already palpable in the TV news reporting where succumbing to the pressures of being the first to break news; significant damage is caused to public order. Such reporting, for instance was recently seen in Mumbai terrorist attacks wherein hyperbolic reporting inadvertently helped the terrorists. On the whole though with essential safeguards, social media and blogosphere can play a positive role in allowing popular aspirations to be aired. The events in Middle East and regime overthrows there can in some measure be attributed to the opinion building accentuated by social media. Another positive is the reach and the expanse of social media and its potential to cut across geographies and boundaries, which help in better mobilization of thoughts. Internet being a market-controlled media form also brings in the necessary advantages and efficiencies of the market. The rapidly evolving big data analytics would also abet this process by allowing such multiple viewpoints to be correlated and harnessed.