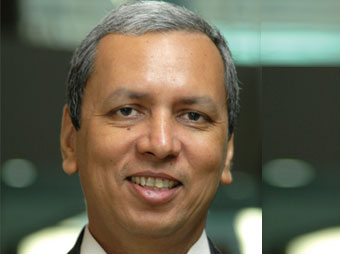 The Social Justice and Empowerment Department (SJED) is entrusted with empowering people belonging to the backward and underprivileged sections of society. The Department has been following a pro-active approach for effective implementation of various schemes for the welfare of people belonging to vulnerable sections. Through its various Directorates and District Offices, it runs around 240 schemes and provides welfare services to nearly 70 percent of the population of Gujarat. Sanjay Prasad, Principal Secretary, Social Justice & Empowerment   Department, Government of Gujarat, talks to Rachita Jha and discusses the many benefits that technology brings to his department and its aspirations for the future

The Social Justice Department is a fairly large department with a huge impact on society. What are the key challenges that need to be addressed for effective governance?

SJED has put in place an effective monitoring and evaluation mechanism at all levels to accomplish the basic objectives of the department. However, since a large number of schemes  target individual beneficiaries, the department faces challenges such as: identification of the  right beneficiary; reaching out to the people and making them aware about the schemes;  making people apply for the schemes; managing huge volumes of applications and schemes  and timely mobilization of the funds. In order to address these challenges, the department  prepared a comprehensive IT Road map and decided to use IT as a primary tool for effective governance.

What are the ICT initiatives taken by SJED to meet its goals and objectives of effective governance?

SJED took a comprehensive approach to implement e-Governance by developing a  department portal with information about all its Directorates, Boards and Corporations. The  website enables the beneficiary to download application forms of all the schemes. SJED  became one of the first departments to digitize more than 12 million records. Under the one  day governance program, SJED in association with NIC launched 12 schemes including  e-Caste certificates across the districts of Gujarat. SJED has taken a holistic view and  conceptualised an ambitious project of making online all the 240 schemes catered by its various offices with an integrated Management Information System (MIS). The project  “eKalyan” is one of the biggest social sector eGovernance projects in India. SJED is aiming to  create a comprehensive integrated database for all its directorates and corporations.

Please elaborate upon key aspects of the eKalyan Project.

SJED wanted to use ICT to provide timely, economical and door step services to the citizens through the network of various Citizen Service Centers (CSCs) and Panchayat offices. The  department has envisaged a scenario where the person wanting any service would visit the  CSC/e-Gram or the Panchayat office which would be within walking distance from their home  and apply for the service online. The complete process of verifi- cation would be done  with the help of information available in the departmental databases and the service would be  provided online. The goals and objectives of the SJED eKalyan project can be measured  against five main parameters namely: accessibility; economy; timeliness; transparency and efficiency.

When was eKalyan started?

Gujarat Informatics Limited (GIL), the state nodal agency, was nominated as the consultants  for the eKalyan project. A detailed study was carried out by GIL to prepare the Request for  Proposal (RFP) and a tender was floated online in the month of August, 2010. After a fair and  complete transparent tendering process, Mastek Ltd. was selected as the Total Solution  Provider. A comprehensive study of all the 242 schemes was carried out in a timely manner  along with a thorough Government Process Reengineering exercise. Several workshops were  also conducted to build capacity and spread awareness among the officers of the department.

How will the department deliver schemes using ICT when most of its beneficiaries belong to backward classes and rural areas of the state?

eKalyan will be one of the biggest “Government to Citizen (G2C)” internet applications in the  state of Gujarat. Launching a G2C system wherein most of the beneficiaries belong to  underprivileged sections is a big challenge. Fortunately, in Gujarat, due to the presence of  more than 13,000 e-Gram centers with good IT infrastructure, GSWAN (Gujarat State Wide  Area Network) availability in district offices and the State Data Center (SDC), it will be possible to launch eKalyan on such a big scale.

Which are the important schemes being implemented through eKalyan?

The eKalyan project covers approximately 240 schemes which currently are being handled manually. The project in its first phase will target the high volume schemes such as Caste  Certificates, pensions for old age people, National Family Benefit Scheme etc. In later stages,  the project will cover other important schemes such as scholarships, Cards for physically  disabled persons, Saraswati Sadhana Yojana, Manav Garima Yojana etc.

Is eKalyan targeting instit utions such as NGOs, Colleges and schools?

There are a number of Residential Schools and hostels run by SJED across the state of Gujarat. Also the Social Defence branch of SJED works with Orphanage Homes, Children Guidance Centers, Old age homes, disability centers etc. The department aims at integrating all the  NGOs for effective management. The department also provides scholarships to thousands of  students every year through its pre-matric and post-matric schemes. eKalyan aims to receive  applications for all these scholarships and also to disburse the scholarships in an online  manner.

Which other departments are involved in this project?

eKalyan will be hosted at the State Data Center (SDC) owned by the Department of Science  and Technology, Gujarat. The department is planning to use the eGram infrastructure for  providing services at the village level. eKalyan will use the databases the Rural and Urban  Development Departments. Thus the eKalyan project will have horizontal interdepartmental  co-ordination for seamless governance. eKalyan will help SJED to fulfill its vision of truly  empowering people belonging to the backward and underprivileged sections of society by  providing them timely, economical and doorstep services.