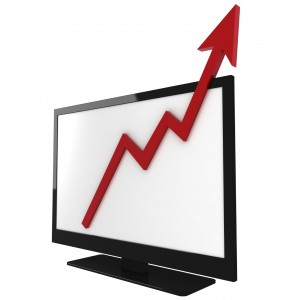 Despite global economic challenges, enterprises will continue to invest in Information Technology (IT) with IT spending in India projected to grow 9.1 per cent at $79.8 billion in 2012 against $71.1 billion in 2011, a study said.

According to the study, India is the ninth-largest economy in the world, and the pace of economic growth in India — with a mild dip during the worldwide recession in late 2008 and 2009 — has brought the role of IT into sharp focus within many enterprises.

“India like other emerging markets continues exercising strong momentum despite inflationary pressures and appreciation of local currencies, which are expected in rising economies,” it said.

The study also forecasts that the worldwide IT spending will reach nearly $3.7 trillion in 2011. From this amount, emerging economies will account for $1.013 trillion.

“These demands are being placed on IT in an environment in which the infrastructure (hardware and software) foundation of IT within many enterprises may not be entirely in place. IT is also in transition from being viewed as a back-office support function to a frontline business-focused function,” he added.

The telecommunications market is the largest IT segment in India with IT spending forecast to reach $54.7 billion in 2012, followed by the IT services market with spending of $11.1 billion.

The computing hardware market in India is projected to reach $10.7 billion in 2012, and software spending will total $3.2 billion.

The study said that the days when IT was the passive observer of the world are over as global politics and the global economy are being shaped by IT today.

“IT is a primary driver of business growth. For example, this year 350 companies will each invest more than $1 billion in IT,” said Sondergaard adding that two-thirds of chief executive officers (CEOs) believe IT will make a greater contribution to their industry in the next 10 years than any prior decades. “They are doing this because IT impacts their business performance,” he added.