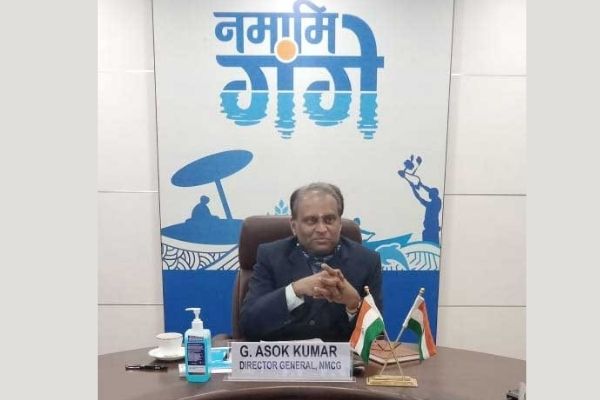 He has held several important positions such as Joint Secretary in the Ministry of Civil Aviation, Government of India and Director in the Ministry of Power, previously. Also, he has served as the Executive Director of Projects in National Mission for Clean Ganga.

Kumar has worked extensively in the water sector. Ahead of joining NMCG, he served as the Mission Director for National Water Mission where his inspiring work in the “Jal Shakthi Abhiyan: Catch the Rain” campaign led to the sanction of over 9.5 lakh water conservation and rainwater harvesting structures across the country. This resulted in him receiving the popular moniker – “the Rain Man of India”.

Moreover, Kumar has spearheaded several innovative initiatives such as the monthly “Water Talks” and “Water Tech Talks”, preparation of water budgets for all states, water audit of various industrial sector units and irrigation projects to improve the water use efficiency, etc.

Apart from the water sector, he has also worked in several other sectors such as infrastructure, urban planning, civil aviation, power, sports, welfare, health, education and IT. Moreover, Kumar has played an instrumental role in setting up India’s Aircraft Accidents Investigation Bureau. Besides, he is also the founder President of India Smart Grid Forum.

For Public Services 2021, Kumar was honoured with the SKOCH Award. Also, he has been a recipient of the Jal-Mitra award from the Government of Andhra Pradesh and the first Telangana Excellence Award by the Government of Telangana for outstanding work done in Public Administration.