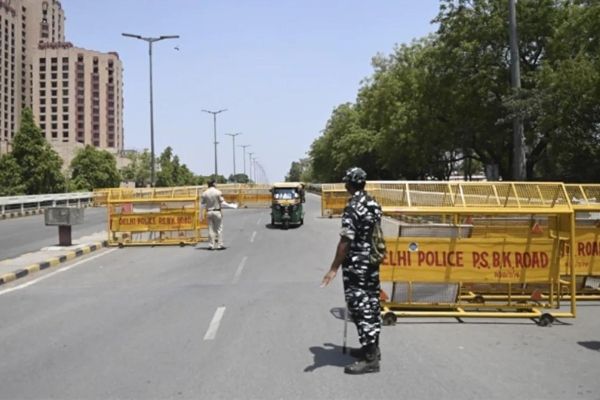 As the COVID cases in the national capital soar, the Government of Delhi imposed a weekend curfew and stringent measures in the city on Tuesday, January 4, 2021. According to Delhi Deputy Chief Minister Manish Sisodia, COVID curfew will be imposed in Delhi on Saturdays and Sundays. Here’s a look at the do’s and don’ts fr citizens with the COVID norms imposed in Delhi.

As per the Deputy CM, private offices have been allowed to operate with 50 per cent capacity while government officials barring essential services will work from home.

Surprisingly, the Minister said that the buses and metros in Delhi will operate on 100 per cent capacity. This is done to avoid crowding at stations. However, people not wearing masks will not be allowed to enter inside any public transport in the national capital.

In the light of resign COVID cases wherein the positivity rate in Delhi is above five per cent, Delhi Disaster Management Authority (DDMA) convened a meeting to decide on the restrictions to be imposed in the city in the coming days.

Delhi has recorded as many as 11,000 positive cases in the past 10 days. Of these, around 350 patients are hospitalised, however, only 124 patients needed oxygen, the Minister added.

A week ahead, the Delhi government announced yellow alert in the city and imposed certain restrictions including closing of the gyms, cinema halls and educational institutes. Also, the city government had allowed public transport to operate at 50% of the capacity, back then. On the contrary, the government now has allowed the public transport to operate on 100 per cent capacity to avoid crowding at stations and bus stops.

In addition, the government has also imposed night curfew between 10:00 PM to 5:00 AM. Officials are of the view that Delhi might see 20,000-25,000 cases on a daily basis by mid-January and cases of hospitalisation might also increase in the days to come.