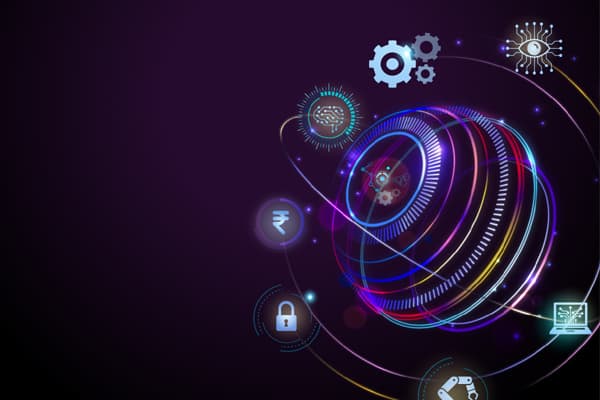 Digitalisation has been inducing transformations across sectors for a long time. But the advent of COVID-19 made us realise how technology can be leveraged for better governance with more efficiency, reduced costs, less paperwork and in safer environments. Here is an overview on how e-governance initiatives of 2021 will make an impact in 2022 by Tarannum Manjul & Garima Pant of Elets News Network (ENN).

In its battle against COVID-19, India has leveraged e-Governance for various kinds of information dissemination, tracing and monitoring activities, apart from ensuring smooth functioning of the government processes. While the benefit of e-Governance is an established fact, its ability to effectively and quickly succeed in matters like COVID-19 has further enhanced its significance. From a policy point of view, e-Governance initiatives which are supported by ICTs not only lead to value creation but also facilitate the formation of interactive channels for collaboration between various stakeholders. As a result of this, organisations are encouraged to join such e-Governance initiatives, thereby leading to delivery of public services through Public-Private Partnerships (PPP). Whereas, citizens in the e-Governance system contribute not only as the receivers but also as co-producers of various policies and services.

Instead of defining e-Governance, we can say that it is the best use of technology to facilitate the government in discharging its duty. Researches have shown that each time the government uses an e-Governance technology, it has resulted in more efficiency, lesser costs, lesser manpower requirement and lesser infrastructure requirements. The last one is of concern in the lockdown and social distancing practices during the pandemic situation. Digital technology proved to be a key enabler during the pandemic with digital initiatives providing the much-needed connection to keep the momentum going.

One such notable initiative is the ArogyaSetu app which is a contact tracing, syndromic mapping and self-assessment digital service. The app had seen 16,25,00,000 downloads since its launch in May 2020. Another such e-Governance initiative was the e-Pass service delivered through the service plus framework and was used by 17 states of India to provide movement e-Pass services during the COVID-19 pandemic. In another such use of e-Governance, information on the availability of hospital beds, related to COVID-19 treatment was made available by Delhi Government. e-Governance services have helped India in responding to the COVID-19 situation in an expeditious manner and has continued to act as a strategic asset in the fight against the pandemic.

The Indian government has come out with a slew of economic measures to aid economic growth, including an economic stimulus aimed at boosting domestic demand by about $9.94 billion. E-Governance has come to the aid here too, in the form of providing quick and effective solutions to enable the effective dissemination of intent. For example, the Government of Delhi had created an employment exchange for prospective employees to register. The said platform could be used by prospective employers to hire. The initiative was so successful that all applicants by August 8, 2020, were either hired or shortlisted for 1 million jobs posted on the portal, since its launch on July 27, 2020, according to the reports.

Hence we know now that there is a necessity of creating e-governance reforms in India. Delivering public services to the citizens electronically is just a small part of e-governance. Rather, in the spirit of the definition of economics as the allocation of scarce resources, e-governance and digitisation need to be broadly incorporated in many domains of government. These domains can include studying the resources present, assigning those resources to different sectors of the economy based on requirement and merit, allowing sufficient coordination between the sectors to maximise their efficiency, creation of a transparent monitoring system, providing sustainable incentives, helping evolve the resources and manage them.

As per the Social Exchange Theory, it has been propounded that citizen participation is an exchange between government agencies and individuals. During the said exchange, citizens not only act as a gainer leading to an increase in private value but also act as a source of resource provider by offering personal opinions, physical actions, etc. thereby leading to the creation of public value.

Considering the above, it is prudent to investigate the existing nexus among various drivers of e-Governance, including ICT Infrastructure, citizens, government, etc. in order to understand the success and failures of different e-Governance projects across India, which not only face demographic challenges but also have to deal with the uneven development of infrastructure across the nation. In this regard, it may be noted that most of the studies on e-Governance in India have been limited in scope, wherein only a certain geographical area of the country has been explored or success/failure of a certain scheme has been investigated.

Reports indicate that the influence of private value creation holds a positive impact on the overall adoption of e-Governance projects in India at large, especially in case of urban areas with highly literate populations. Furthermore, non-monetary incentives like updating participation in e-Governance projects on social media platforms, etc. play a pivotal role in the adoption of e-Governance projects in such geographies, which is in line with citizens being viewed as “customers”. Furthermore, research also talks about holding a special value from a policy perspective, since these results may be used by the government to adopt and implement a focussed approach towards the usage of the limited resources while implementing the e-Governance initiatives in future.

There are different domains where digitisation and e-Governance has been focussed upon by the different state governments in India. The first domain deals with understanding the resources that are present in India. The various exercises involved in understanding the human resource are the Population Census, Employment Publications of the government, among others. The e-Governance initiative that is worth mentioning on this part is the linking of Census with Aadhaar. Reports say that there are plans to make the Census fully digital and also link it with Aadhaar. This will convert the Census from “just-an-exercise” to a “super-card” for every Indian and become a database updatable in real- time and serve as a delivery channel for public services.

Natural resources are perhaps the most imperfectly measured class of resources. The current pandemic must serve to push the government to expedite its Digital India Land Records Modernisation Programme and make an extra effort to build an interface so that adequate land allocation can be done for residential, commercial and agricultural purposes. Similarly man-made infrastructures like road, rail, electricity, etc. which are allocatable across different sectors require recording and creating a database digitally.

Another domain concerns coordination among various sectors. There is a flow of goods and services among the sectors like household, administration, business, etc. These processes require coordination. Upon analysis, one can understand that the government acts as the core of the entire coordination pyramid and directly or indirectly acts as the middleman in this flow between any two sectors. Realising this, the India Enterprise Architecture (IndEA) is being implemented by the National eGovernance Division of the union government to streamline the complete government work model based on a ‘one-government’ backbone.

The PM GatiShakti portal will offer 200 layers of geospatial data, including on existing infrastructure such as roads, highways, railways, and toll plazas, as well as geographic information about forests, rivers and district boundaries to aid in planning and obtaining clearances and also look at the issue of moving beyond government departments working in silos.

As Amitabh Kant, Chief Executive Officer, NITI Aayog had stated, “GatiShakti will bring synergy to create a world-class, seamless multi-modal transport network in India. The National Master Plan will employ modern technology and the latest IT tools for coordinated planning of infrastructure. A GIS-based Enterprise Resource Planning system with 200+ layers for evidence-based decision-making is one example. The use of satellite imagery for monitoring is another. Digitisation will play a big role in ensuring timely clearances and flagging potential issues, and in project monitoring as well”.

Bolstered by these measures, the country is looking to become a $5 trillion economy by 2024-25, increase exports of goods and services to $1 trillion and improve domestic capital goods manufacturing output to $101 billion, both by 2025.

Managing Safe Drinking Water for All