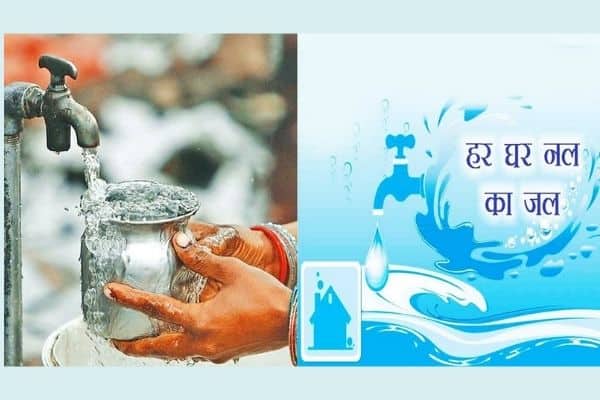 The efforts of the Uttar Pradesh government to provide clean piped potable water in water-stressed regions like Vindhyachal and Bundelkhand have got a major boost with as many as 735 drinking water supply schemes getting approved by the central government on Friday.

To accelerate the pace of implementation of Jal Shakti Mission, the State Level Scheme Sanctioning Committee (SLSSC) of Uttar Pradesh on Friday approved proposals submitted by the State worth Rs 1,882 crore for making provision of tap water connections in rural areas.

These schemes will cover a population of about 39 lakh in 1,262 villages of 33 districts. In the said meeting, 735 schemes were approved by the committee. As per the approval, tap water connections will be provided to 4.03 lakh rural households of the State.

Praising the Uttar Pradesh government for its sustained efforts to provide clean tap water to every household and freeing women and girls from the struggle of fetching water from a distance, the Union Minister of Jal Shakti, Gajendra Singh Shekhawat stated, “In Uttar Pradesh, the ‘Har Ghar Nal Se Jal’ campaign has taken the form of a mass movement. Proposals with Rs 1882 crore have been approved which will benefit over 1262 villages.”

As of date, 34 lakh rural households out of 2.64 Crore are getting tap water supply in their homes. In 2021-22, the State plans to provide tap water connections to over 78 lakh households.

Under Jal Jeevan Mission (JJM), there is a provision for the constitution of State Level Scheme Sanctioning Committee (SLSSC) for consideration and approval of schemes to be taken up for making provision of tap water supply to rural households. The SLSSC acts as a State-level Committee to consider water supply schemes/ projects, and a nominee of the National Jal Jeevan Mission (NJJM), Government of India.

It is may be noted that the state government led by Yogi Adityanath is working at a war-footing to benefit every needy with the ‘Har Ghar Nal’ scheme. The government will begin providing tap water to every household in hundreds of villages in the Bundelkhand and Vindhya region next month. For this, trials are being conducted in many areas.