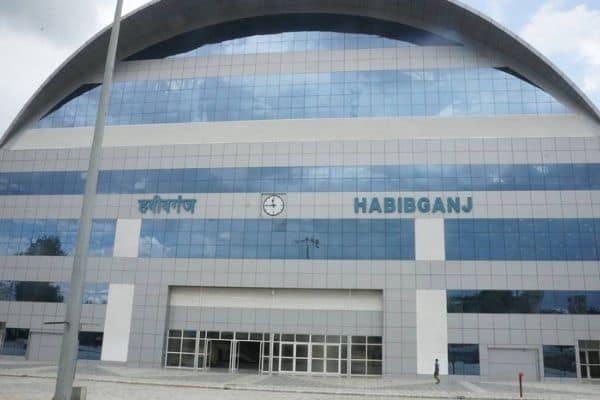 Prime Minister Narendra Modi will be inaugurating India’s first world-class railway station in Madhya Pradesh on November 15. The Habibgaj railway station is located in MP’s capital Bhopal and it has been developed under a public-private partnership and developed by the Bansal Group. It is being touted as one of the biggest projects by the railways.

According to official information from the railways, Bhopal’s Habibganj Railway Station is built at a cost of around ₹450 crore. The railway station is on the same lines as Germany’s Heidelberg railway station.

A seating arrangement of 700 to 1,100 passengers has been made in the open concourse.
For information about the movement of trains, display boards with different languages have been installed throughout the station. Glimpses of world heritage sites such as Sanchi Stupa, Bhojpur Temples, Bhim Baithika, Birla Mandir, Tawa Dam, Tribal Museum among others, will be displayed in the main areas of the Habibganj railway station.

A souvenir shop will be set up in the coming days and tribal art paintings will also be displayed.
A tourist information lounge will be set up and a large LED screen will be put up on the first floor waiting for the hall to provide information about the tourism and culture of the state.