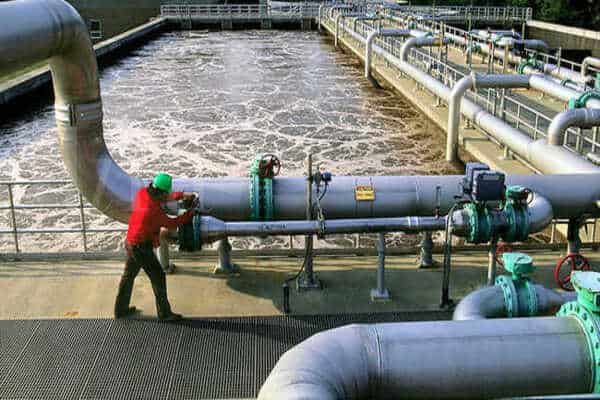 In an effort to boost the cleaning of the Ganga river, the Government of Uttar Pradesh has established as many as 104 sewage treatment plants (STPs) with a total capacity of 3298.84 MLD (million litres daily) under the Namani Gange programme. The move is aimed at tapping the drains falling into the rivers. Apart from Ganga, there has been significant improvement in the condition of all the major rivers in the state including Gomti, Saryu, Yamuna, Rapti.

The state government is of the view that the construction of the STPs has been a major development in controlling several water-borne diseases in Uttar Pradesh. With STPs to prevent unchecked and untreated water to enter the rivers, the Government of Uttar Pradesh is working towards providing domestic sewerage connections in the urban areas.

As a part of the Namami Gange programme, the STP and sewerage line provided to Anupshahr in Bulandshahr district of UP, adjacent to the river Ganga, shunned the fall of contaminated water in the river. The sewerage lines were laid at a cost of Rs 78 crore including the other miscellaneous and associated works. In a similar fashion, an STP of 120 MLD capacity is being set up to treat the sewer water of the GH Canal (Haider Canal) in the Gomti river in Lucknow.

The setting up of STPs has been completed under the scheme to prevent the flow of the sewage directly in the rivers crossing the cities of Ghaziabad, Meerut, Agra, Loni, Saharanpur, Bijnor, Pilkhua, Muzaffarnagar, Rampur, Gorakhpur, Sultanpur, and Ayodhya.

The Sisamau Nala in Kanpur, a 128-year-old drain, is considered one of the major reasons for the contamination of the Ganga river. Nearly 140 MLD of sewage from the Nala is being tapped by I&D and treated with plants at Bingawan (80 MLD capacity) and Jajmau (60 MLD capacity).