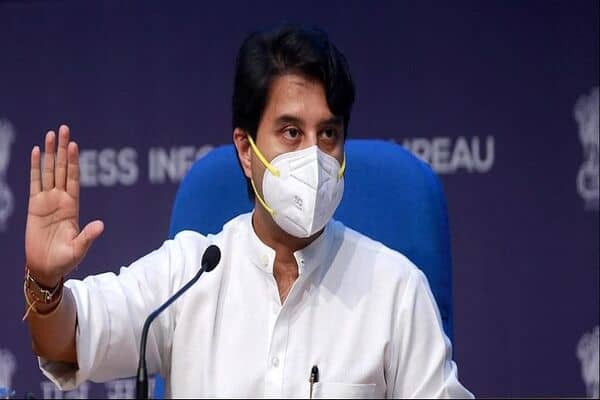 Dr R Lalthangliana, Minister of Health and Family Welfare, Higher and Technical Education, Commerce and Industry; Robert RomawiaRoyte, Minister of State for Sports and Youth Services, Tourism and Information and Communication Technology along with other important members of the state government joined the event virtually from the Lengpui Airport, Aizwal, Mizoram.

Union Minister of Civil Aviation said, “Mizoram is the gateway to North-East India. The State has an immense amount of importance for its tourism and economic sector. We are committed to giving wings to Prime Minister Narendra Modi’s vision of making it possible that every state’s uniqueness must be experienced by all citizens of the country. I assure you, that MoS General Dr V K Singh (Retd.) and I will personally visit Mizoram very soon.”

He further expressed his delight at the fact that Alliance Air’s most ATR aircraft are deployed on the North-Eastern routes. The government is further establishing seamless connectivity across entire North-East India by connecting four cities with one flight. This highlights the importance of the North-East region in the eyes of the government led by Prime Minister Modi.

“Under the UDAN scheme, we have connected cities that had no mention on the aviation map of the country. We have already started 60 airports and 387 routes, out of which 100 routes are awarded in North East alone and 50 are already operational. Moreover, In 2014, only six airports were operational in North East, now we have 15 airports in just a span of seven years. In addition to this, under the KRISHI UDAN Yojna, we have identified 16 airports to enhance the export opportunities of the region establishing dual benefits of enhancement of cargo movements and exports,” the Minister added.

Today’s flight launch has expanded the aerial connectivity of the North-East by connecting multiple states hitherto not connected via flights. The flight connectivity on these routes has been a long-pending demand of the natives of the regions. Eastern India tempts tourists with wonderful verdant valleys, hilly streams, lush green forests, vast tea gardens, snowcapped mountain peaks, mighty rivers, tribal culture, and its colourful fairs and festivals. These flights will open a seamless gateway and smooth aerial access option for nature lovers, travellers, tourists, etc.

Shillong is surrounded by hills from all sides. The city is famous for the presence of many well-reputed educational institutions, it is the hub of education for entire North-East India. Apart from being the beauty and education centre, Shillong also acts as the gateway to Meghalaya, the state famous for heavy rainfall, caves, tallest waterfalls, beautiful landscapes, and its rich heritage and culture.

Aizawl is known as the home of the highlanders and is the seat of a rich tribal cultural extravaganza and is famous for its handicrafts. The town is blessed with exotic natural beauty.

With these new flights, travellers from Guwahati, Aizawl and Shillong will get multiple options for onward connectivity to the rest of the country. In the constant endeavour to bolster the regional connectivity of the country, the first direct flight on the Tirupati-Delhi route was also started yesterday connecting one of the best heritage cities of the country with the capital of the country.