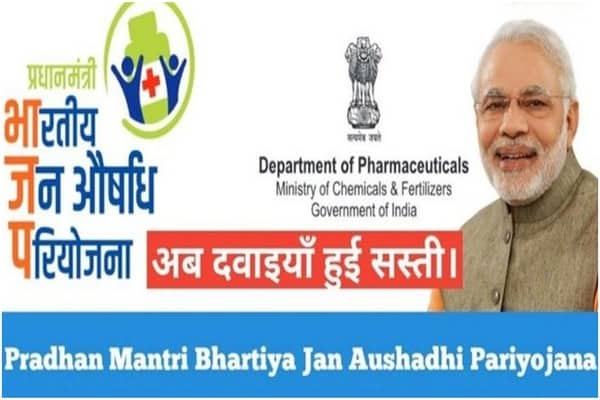 In a major move to enhance accessibility to apt medicines at lower prices, the Government of India has planned to increase Pradhan Mantri Bhartiya Janaushadhi Kendras to 10,000 across India by March 2024. The Ministry of Chemicals and Fertilizers, while noting that the number of Janaushadhi Kendras have increased to 8366 across 736 districts in the country, it mentioned the Centre’s plan to further increase the Janaushadi Kendras to 10,000.

As per a statement issued by the Ministry, “The government has set a target to increase the number of Pradhan Mantri Bhartiya Janaushadhi Kendras (PMBJKs) to 10,000 by March 2024.” Under Pradhan Mantri Bhartiya Janaushadhi Pariyojana (PMBJP), the Kendras will comprise of 1,451 drugs and 240 surgical instruments. The medicines under the scheme will made available to people at a price which is 50 to 90 per cent lower that of branded medicines.

The Ministry of Chemicals and Fertilizers had staged a week-long gamut of activities to celebrate “Azadi ka Amrit Mahotsav” from October 4 to October 10.