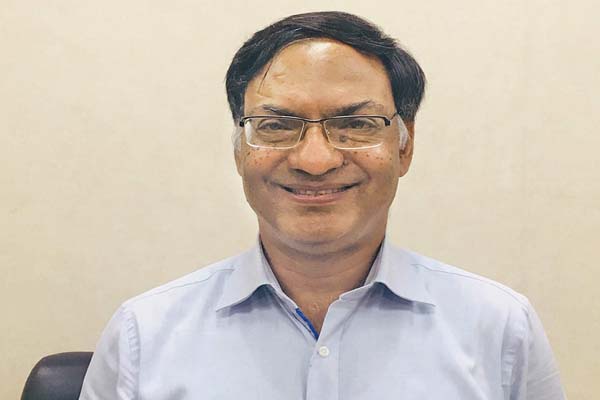 The Department of Science and Technology (DST), has undergone tremendous change in recent times evolving into an architect of profound science as against incremental science and the coronavirus crisis is an opportunity to escalate the process, Professor Ashutosh Sharma, Secretary, DST said in a live webinar conversation with Elets Technomedia on ‘Fighting Corona – Leveraging Scientific Research & Innovation’ on the occasion of its 49th Foundation Day.

“We are now designing programmes such that scientists can take risks in doing their science and produce results that would be impactful and can bring about change. Some of these programmes are the Scientific and Useful Profound Research and Advancement (SUPRA) and Intensification of Research in High Priority Areas (IRHPA). Such programmes are changing the way that science is done. The concept and approach of some of these have been adopted in our efforts to find solutions for the COVID-19 crisis rapidly,” he said.

Professor Sharma pointed out that some of the DST’s autonomous organizations have come up with several solutions for different aspects of the multidimensional COVID pandemic within a month and that some of these solutions have emerged in collaboration with private companies and startups. So clearly, DST has been catalyzing a change in the process of doing science, and the crisis has come as a ground testing of that change.

Elaborating further he said that DST whose foundation was laid on May 3, 1971, along with the model of National Science Foundation (NSF), USA, not only provides funding but also makes policies and co-ordinates scientific work with other countries, is a great platform for empowering scientists and scientific institutions and works with a highly distributed system permeating stakeholders ranging from school, college, PhD, Postdoc students, young scientists, startups and NGOs working in Science & Technology.

Talking about the key initiatives undertaken by DST during the last five years, Prof Ashutosh Sharma mentioned DST’s budget has increased over 100 percent, which has allowed initiation of new programmes in a wide range of areas.

He spoke about NIDHI, an end to end plan for startups which has enabled doubling of the number of incubators and startups in the last five years, MANAK which triggers innovations from annually 10 lakh school children throughout the country to convert their ideas into prototypes, preparing the children for challenges of future like innovation and entrepreneurship and helping them harness the power of their ideas.

Also, he spoke about the SATHI centres housing equipment dedicated to the needs of MSMEs and startups for rapid prototyping developed at the cost of Rs 125 crore each to connect industry with academia.

Prof Ashutosh Sharma stressed that DST is helping the country to be future-ready with programmes in new and emerging areas like the Cyber-Physical systems, an interdisciplinary programme converging areas like communication, computing, arts and so on, National Mission on Quantum Science, Science Technology and its Applications, Supercomputing Mission as well as by working on challenging areas like Sustainable Development, Rise of Intelligent Machines and Climate Change research and the COVID-19 crisis has tested its strength of the readiness for the future.

The entire family of DST consisting of its network of autonomous institutions, subordinate organizations, incubators, supported scientists, startups, NGOs have responded with urgency despite many constraints. DST has initiated action on as many as 11 major fronts for handling COVID-19 like funding, basic research in the field of biomarkers, support to startups for scaling up of products, empowering NGOs associated with DST in preparing masks and disinfectants, creating awareness among people by Science Communication through arms like Vigyan Prasar & National Council for Science and Technology Communication (NCSTC).

This has translated into several research and products. For example, Sree Chitra Tirunal Institute for Medical Sciences and Technology (SCTIMST), an autonomous institute under DST, has come up with about 15 innovative products and about 10 of them have been transferred to the industry, Survey of India (SoI), a body under DST, is preparing 3D mapping of various regions. With clear direction, appropriate funding and deep scientific knowledge DST has demonstrated that it can bring S&T based transformative changes for the entire country.