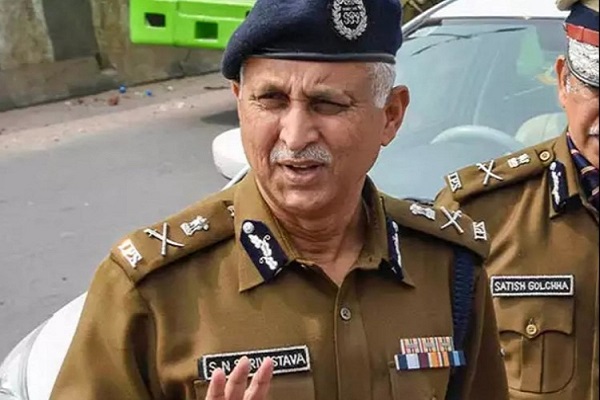 Amidst recent unrest in the National Capital of Delhi over the citizenship law, the Ministry of Home Affairs has appointed SN Srivastava as the Chief of Delhi Police.

Srivastav, a 1985-Batch IPS officer, will be taking charge of Delhi from March 1 until further notice. The additional charge has been given to Srivastav days after he was made Special Commissioner (Law and Order) by the Home Ministry post bringing him from the Central Reserve Police Force (CRPF).

Srivastav will be replacing Amulya Patnaik, who is slated to retire tomorrow. Patnaik’s tenure was extended for a period of one month which ends on February 29.

Lieutenant Governor of Delhi, Anil Baijal will be issuing the formal notice for appointment of Srivatav as the Chief of Delhi Police.

Ajit Doval, National Security Advisor, was quoted as saying, “People did not believe intentions of Delhi Police during the violence. Even the image of Commissioner of Delhi Police was not very good for whatever reasons. But soon Delhi will have a new Police Commissioner.”

Riots in the national capital resulted in 39 people being killed in the northeast Delhi and hundreds were left injured.