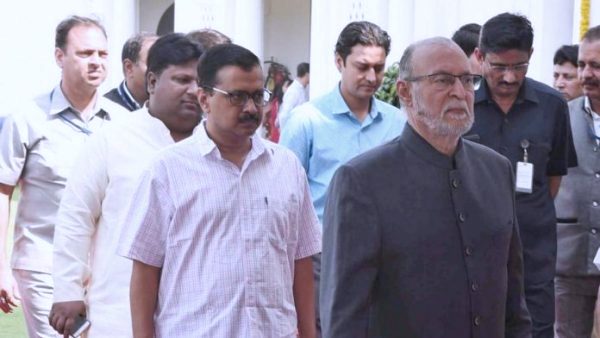 The Supreme Court on Thursday ruled that it is the Centre and not the Delhi Government which has control over Anti-Corruption Branch in Delhi, laying to rest the contentious issue raised by the Aam Aadmi Party (AAP) after power tussle with Bharatiya Janata Party-led central government forced the former to approach the apex court.

The two-judge bench comprising Justices AK Sikri and Ashok Bhushan, however, was divided on the issues of power to appoint, post and transfer officials in Delhi administration and sent it to a larger constitutional bench.

Earlier in July last year, the bench had observed that Delhi’s Lieutenant Governor, who is appointed by the Centre, did not have independent decision-making powers and must act on the aid and advice of the elected government. The real power had to lie with the elected government of the capital city, the apex court said.

After winning 67 out of 70 seats in Delhi Assembly elections, AAP formed a government in 2015 under Chief Minister Arvind Kejriwal. However after coming to power, Kejriwal alleged that many of the decisions taken by his government were being blocked by the Central government-appointed LG, who is exacting revenge against BJP’s defeat in Delhi polls.

The Supreme Court order is a big set back for the AAP government in Delhi, as anti-corruption was one of the main planks riding on which it came to power. Functioning as the vigilance department of Delhi, Anti-Corruption Branch officers are drawn from the Delhi Police.