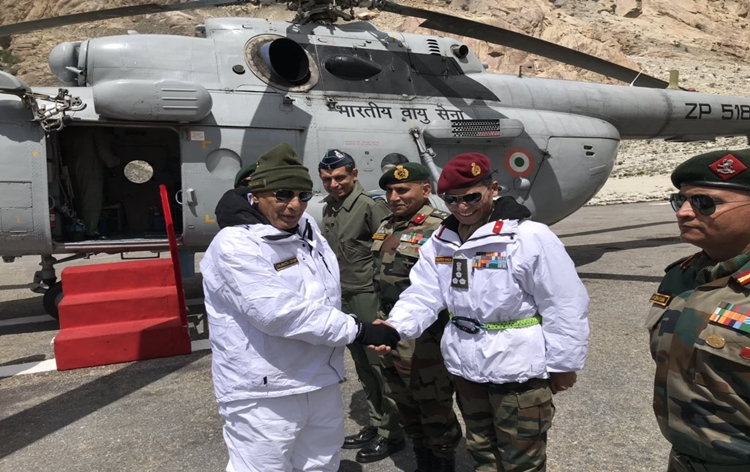 Defence Minister Rajnath Singh is slated to visit Siachen glacier and Srinagar on Monday. He will be accompanied by Army chief General Bipin Rawat.

The minister will review the security preparedness of the area, which holds major importance in terms of the country’s security owing to sharing the border directly with Pakistan. Singh will also take stock of anti-terror operations in Jammu and Kashmir. He will also interact with the field commanders and soldiers.

As per officials, from Siachen, the Defence Minister will go to Srinagar where Northern Army Commander Lt General Ranbir Singh and Leh-based 14 Corps Commander Lt General YK Joshi will brief him about the security scenario along the borders will Pakistan as well as on the anti-terror operations.

He will also lay a wreath at the Siachen war memorial. According to reports, Rajnath Singh will deliver a presentation on the functioning of 14 Corps and 15 corps including the Army’s overall preparedness to deal adverse situations.

The Defence Minister is scheduled to return to New Delhi on Monday evening.