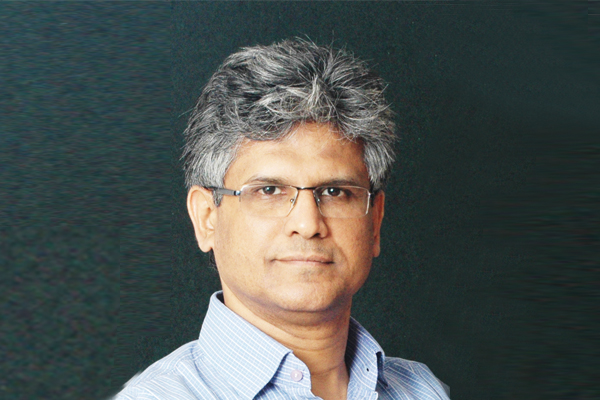 The Smart Cities Mission provides cities in the North-East a unique opportunity to invest in customised and indigenous solutions and innovations, tells Professor Jagan Shah, Director, National Institute of Urban Affairs in an interview with Souvik Goswami of Elets News Network (ENN).

Give us an overview of NIUA.

The Government of India set up the ‘National Institute of Urban Affairs (NIUA), in November 1975, under the then Ministry of Works and Housing (now Ministry of Housing and Urban Affairs) with a view to promoting an organisation that could bridge the gap between researchers and practitioners in the field of urban and rural integrated planning and development. Since then, NIUA has been functioning as the premier national institute for research, capacity building and dissemination of knowledge for the urban sector in India. The institute contributed to the National Commission on Urbanisation in 1988, participated in drafting the 74th Constitutional Amendment of 1992, prepared the Draft National Urban Policy and other documents for the roll out of the Jawaharlal Nehru National Urban Renewal Mission (JNNURM) and conducted appraisal of urban reforms agenda under JNNURM.

It has also guided the discourse on municipal finance by framing the Model Municipal Law. NIUA was chosen as the National Convener for the Peer Experience and Reflective Learning (PEARL) programme initiated by the MoUD in 2008 with the objective of enhancing knowledgeexchange and cross-learning between JNNURM cities. NIUA’s vision is to promote integrated solutions for urban India. Our work broadly covers the areas of urbanisation studies, planning, revitalisation and heritage management, municipal finance & governance, land economics, transit oriented development, urban livelihoods, environment and climate change and smart cities.

The institute houses an Urban Data Centre, a Geospatial Lab, a Capacity Building Cell, a Publication Cell and a Library. NIUA regularly publishes research studies under its different projects, as well as two referred bi-annual journals: Urban India and Environment & Urbanisation ASIA. It also hosts a number of websites (all accessible from www.niua.org). It provides regular research support to the MoHUA, contributes to deliberations in various apex committees, evaluates government policies and programmes, analyses urban data and promotes new concepts and approaches, conducts research on contemporary urban and related issues, disseminates its research, coordinates nationwide capacity building and training activities and implements a number of ‘proof of concept’ and innovation projects in collaboration with Indian and foreign partners. With over 120 employees, the institute has become a thriving ecosystem for young and seasoned professionals and scholars to work in a multi-disciplinary, collaborative and stimulating intellectual environment on some of the most urgent challenges of the urban sector in India.

What important part is being played by NIUA in Government of India’s ambitious Smart Cities and Swachh Bharat Mission?

NIUA has been deeply involved with the design of the Smart Cities Mission as well as the implementation of AMRUT, Swachh Bharat Mission and HRIDAY. The Mission Guidelines for AMRUT designate NIUA as the strategic partner of the Ministry for capacity building, providing a ‘single window’ to the MoUD/States/ULBs for their capacity building needs. NIUA has been involved in developing and managing a Solutions Exchange platform called Smartnet that supports the development of cities across India and creates a resource-rich ecosystem of learning, sharing and disseminating for city managers and primary stakeholders in the urban transformation of India. NIUA is the National Programme Management Unit for HRIDAY, supporting the National Mission Directorate as well as the States and the Cities for implementing the scheme and monitoring the progress and quality control of the activities funded by the Scheme.

The Swachh Bharat Mission envisages capacity building of over one lakh officials, health inspectors and sanitary workers in 4041 ULBs of India. To facilitate this, NIUA developed the e-learning portal for the SBM (Urban) with the Urban Management Centre, Ahmedabad. Additionally, NIUA has also organised and conducted five-day Exposure Workshops in 2016 and 2017 training around 650 participants which included officials, elected representatives, NGOs and RWAs. In addition to the projects directly supporting MoHUA’s missions, the institute conducts a number of projects that feed new knowledge and insight into the work of the Ministry. Some of the notable projects are the NIUA–CIDCO Smart City Lab, the HUDCO Chair, Delhi Master Plan 2041, Sanitation and Capacity Building Platform (supported by the Bill and Melinda Gates Foundation), Innovation Hub for Urban WASH Solutions (supported by the USAID), Heritage-Based Economic Development Strategies (supported by the World Bank), and Child-Friendly Smart Cities initiative supported by Bernard Van Leer Foundation; in addition to a number of other projects.

What according to you are the main challenges to bring urban transformation in the country?

India is experiencing significant demographic changes. While about 31% of its population was living in urban areas in 2011, for the first time in the country’s history, the decadal growth in urban population (91 million) exceeded that of the rural population (90 million). If we overlook some definitional issues that distort the perceived scale of urbanisation, we are already looking at a vast field of unplanned and haphazard urban development. It took nearly 40 years for India’s urban population to rise by 230 million; it could take only half the time to add the next 250 million . Urban areas have emerged as dominant contributors to the national economy. Urbanisation is a necessary condition for economic growth as cities in India generate two-third of GDP, 90 per cent of tax revenues, and the majority of jobs, with just a third of the country’s population.

The 12th Five Year Plan also states that urbanisation is central to India’s strategy of achieving faster and more inclusive growth – the Prime Minister’s vision of ‘sabka saath, sabka vikas’ is driving a new attitude toward urbanisation – because agglomeration and densification of economic activities in urban agglomerations stimulates economic efficiencies and provides more opportunities for livelihood creation and sustenance. Urbanisation transforms the entire social milieu and increases avenues for entrepreneurship and employment compared to what is possible in dispersed rural areas. It thereby, enables faster inclusion of more people in the process of economic growth. It is therefore important to view urbanisation as an opportunity and ensure that the growth and expansion of urban areas is well-planned and sustainable.

Rapid urbanisation of our cities, however, has led to increasing densities in core city areas, on one hand, resulting in overburdening of existing infrastructure like housing, water supply, sanitation, transportation, energy, etc and hence, deteriorating quality of urban life. On the other hand, expanding city limits have resulted in fragmented development and degenerated peripheral growth beyond the city limits, where again the quality of life is compromised. Additionally, the risks cities are facing due to natural disasters, abnormal weather patterns, increasing pollution levels, global warming etc. are also serious challenges that require early preparedness.

To ensure sustainable urban transformation, city governments must be strengthened with clearly defined functions, the ability to set long term visions for the city and define short-term goals that can be matched by feasible actions. Urban local bodies must learn to generate their own resources and must be provided the autonomy to take independent decisions regarding investments and service delivery.

If we focus on North-East, what can be done to bring transformation in urban sector keeping in mind the unique characteristics of the area?

The Smart Cities Mission provides the cities in the North-East with a unique opportunity to invest in customised and indigenous solutions and innovations. These cities can be the originators of solutions that the entire Himalayan region can use, such as in decentralised sanitation systems, waste-to-energy, water harvesting and e-mobility solutions. The development of old markets into modern economic hubs is an important need. Adequate attention must be paid to disaster preparedness and risk mitigation in a fragile environment, and these must be anchored in the closely knit communities that create an inherent resilience.

The SCM also encourages city governments to respond to traditionally non-urban services such as renewable energy, health services, education and skill development, and environment management – all contributing to the enhancement of ‘liveability’. The north-eastern States must find solutions for capacity building and community level management of local resources and municipal functions. The high level of education must be leveraged for improvement in urban management. The involvement of youth groups in finding local and frugal solutions must be emphasised. How ICT can play an important part in Smart City Programme?

Smart cities must ensure that all core urban services — such as water supply, sewerage, solid waste management, electricity supply, transport, housing etc. — are provided efficiently and are accessible to all citizens who are willing to pay for the services. Such a scope and ambition can only be met through the use of ICT. The backbone of the Smart Cities Mission is the Digital India mission, which deploys e-governance as a fundamental concept. By promoting improved urban planning and management, e-governance enables convergence across all urban missions as well as other missions/schemes such as Solar Cities Mission, Integrated Power Development Scheme, Digital India Mission, Skill India, and Make in India. The idea is to move beyond simplistic infrastructure creation and make use of technology to make operations smart – do more with fewer resources. The performance of a water supply system can be greatly enhanced if the quality of water can be checked through sensors and monitored through central control rooms. Similarly, installation of smart meters will reduce wastage of this precious resource, ensuring that there is enough water for everyone. Introduction of mobile and online applications and 24X7 helplines will help citizens register their complaints and aid the civic authorities to provide solutions quicker. Smart cities are establishing integrated mobile-phone-based m-governance platforms for city information, engagement as well as citizen services.

Examples of benefits are: (i) Improved transport services with real time information; (ii) City calendars, weather forecast and tourism assistance; (iii) Responsive communication between citizens, local bodies and emergency service providers such as police and ambulance; (iv) Public Wi-Fi, city search and various other services. ICT can also make public transport accessible to all. Citizens can receive critical information on their mobiles, ‘smart’ mobility cards can be used across all modes of travel, traffic can be optimised using smart signalling, and trip distances can be reduced using GIS and inter-modal integration.

With a smart card or other digital tagging and GPS, the user of a public bike-sharing system is able to borrow a cycle from one station and return it to another station, making an easy payment. ICT enabled electric vehicles can provide last mile connectivity to Metro/Bus Transport System/park and ride facility. The world of smart solutions is vast and ever-evolving. The high calibre and availability of educated experts in the North-East can also create opportunities to create start-up hubs and innovation clusters. This is a unique opportunity, especially given the focus on the region as the centre of an ASEAN network.