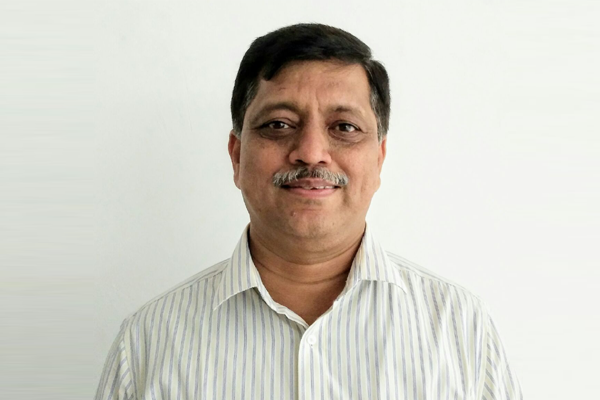 NJS Engineers is working on a number of projects across India with the Government of India, 10 State Governments and a number of urban local bodies, says Vidyadhar Sontakke, Director and Dr Uday Kelkar, Managing Director of NJS Engineers India Pvt. Ltd., in conversation with Elets News Network (ENN).

NJS being a specialised consulting company in wet infrastructure, focuses on smart usage of water be that water supply, wastewater recycle, reuse and its safe disposal, storm water harvesting or drainage including flood control.

NJS believes in smart water supply where every litre of water is accounted for and safely used for the purpose it is intended to. In India, unaccounted for water varies from 30 per cent to as high as 70 per cent in some cities. This is a serious matter, as it not only leads to less revenue to governing bodies but also may lead to unsafe drinking water supply and unhygienic conditions in the living areas. The Urban Development Ministry has set targets for unaccounted for water to less than 15 per cent. To meet this target is an uphill task, covering mapping of utilities, leak detection, consumer surveys, mass balancing and smart metering.

A lot needs to be done in institutional development and capacity building of governing bodies and the consumers. After successful reductions in energy thefts, a drive needs to be carried out to stop water thefts. As a smart saying, water is available free at source but it costs money to bring it to our taps at home.

Conventionally, water is used just once and then drained into the natural stream/sewage system and is disposed without or with partial treatment into receiving water bodies.

Due to scarcity of water resources, it is time to use water not just once but at least two-three times before it is disposed into natural water bodies. Dual pipeline system for water supply in residences will be needed to conserve and reuse the treated water from decentralised wastewater treatment plants in large housing complexes.

NJS want the mindsets to change from “wastewater to “used” water so that water is never considered as “waste” at any stage in the water cycle.

Further, reuse of treated sewage from medium to large Urban Local Bodies (ULBs) for industrial purposes is being considered as a win-win situation for both, ULBs as well as industries.

Industries can survive and grow by reusing treated sewage from procuring partially or untreated sewage after tertiary treatment meeting water quality requirements of their processed water. Treated sewage can also be used for public utilities such as gardening, playgrounds, street cleaning, vehicle cleaning, other public utility areas and other non-potable uses.

Thus, it is the need of the hour for smart water management which drives the vision of NJS for Smart Cities.

What are some of the new projects which the NJS Engineers is undertaking in collaboration with the State and the Central Governments?

NJS Engineers is working on a number of projects across India with the Government of India, 10 State Governments and a number of ULBs. NJS is working in Assam, Uttarakhand, Uttar Pradesh, Jharkhand, Punjab, Haryana, Gujarat, Andhra Pradesh, Maharashtra, Karnataka and Tamil Nadu.

Not just the State and Central Governments, NJS has a vision to help private sector in water recycling and also to rope them in for Public Private Partnerships (PPP) initiatives in water management. To list a few projects are Zero Liquid Discharge for Tannery in Kanpur, Sewage water reuse from Gandhinagar and Anjar in Gujarat for Welspun Industries, Sewage water reuse for MAHAGENCO in their power plant in Koradi by securing the sewage from Nagpur Municipal Corporation, Water and Energy Audit project in Nashik, PPP projects in Kolhapur, large size sewage treatment plants in New Delhi, Bengaluru and Mumbai. NJS is also working on a prestigious project of National Mission for Clean Ganga in Varanasi.

Many cities are trying to develop waste water recycle and reuse programme for future sustainability of the city. Considering recycled water as source of water would provide a sustainable solution for cities already having water crisis.

NJS has recently bagged a project to study the use of high quality recycled wastewater for non-potable applications and to develop a guidance document for implementing agencies. What are the key components of the project?

In India, growing water scarcity is a severe problem. Water has always been in short supply in urban areas. Many cities are trying to develop waste water recycle and reuse programme for future sustainability of the city.

Considering recycled water as source of water would provide a sustainable solution for cities already having water crisis. Because the city will be able to swap the fresh water with that of reused water for a variety of applications such as farm, forestry, industrial use, and indirect and incidental uses, thereby saving fresh water and increasing its availability.

However, many cities are facing difficulties in getting approved reuse projects, due to lack of appropriate regulations, water quality standards for each reuse purpose, monitoring mechanisms for both chemical and biological contaminants, and public awareness.

Present regulatory framework in India is directed towards treatment and safe disposal of wastewater, and does not consider management of reclaimed water as a water resource.

As such, in order to promote water reuse and reclamation, guidelines are required in the fields including treatment requirement and quality monitoring, jurisdiction agency, storage and distribution requirement, tariff setting and cost recovery plans, incentive programmes for promoting reclaimed water with procedure for implementing effective public outreach programmes.

The purpose of studies carried out by NJS is to collect necessary information by conducting interactive research with stakeholders including central/ state and local bodies, international donors and public, thereby to find out possibility of Japan International Cooperation Agency (JICA) Official development assistance (ODA) loan and to develop appropriate guidance document for implementation of recycle and reuse programme for JICA ODA loan in India.

We are currently observing the developments on Smart Cities projects. Being specialised only in water sector, we are discussing various possible partners in developing Smart Cities project with emphasis on water management. We had helped six cities in participating in the first list of Smart Cities Mission along with our partner ICRA. Out of six, four were selected in the first round by the Central Government.

What are some of the new areas, NJS Engineers is planning to explore this year?

Providing solutions in new geographies, strengthening presence of NJS in the North East, in the South near Bengaluru and strengthening presence in western India with an inclusive approach. Smart water supply systems, Supervisory Control and Data Acquisition (SCADA) and recycle and reuse of waste water will be main forte of NJS this year.