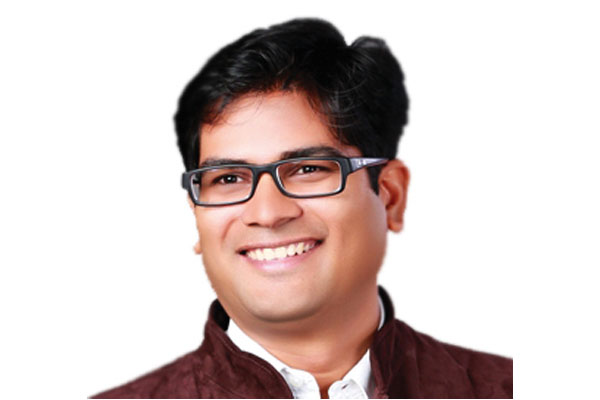 The Right to Education Act in Chhattisgarh has been digitised so that students from the below poverty line (BPL) can directly avail its benefits, says O P Chaudhary, IAS, Collector, Raipur, in conversation with Arpit Gupta of Elets News Network (ENN). Excerpts:

What initiatives have you taken for Raipur city’s development?
Raipur is an emerging and one of the fastest growing cities. It has a central location and we are developing it as an economically vibrant city. We are trying to convert it into an educational and youth hub. In 2000, when Chhattisgarh was created there was not any big educational institution here. Today, we have IIT, IIM, IIT, AIIMS, NIT. We’re introducing yoga-related activities. We also have initiated fitness- based programmes. We are trying to upgrade the existing infrastructure. We are trying to provide digital services to our citizens. I strongly believe that New Raipur will become a second Smart City in coming days. All our programmes are Supervisory Control And Data Acquisition (SCADA) -based. We will provide all the services digitally in a smart way. We are also trying to cultivate ‘smart’ culture among our citizens.

What are the major challenges you face in the region especially in the Left Wing Extremism areas?
The major problem in the Naxalite region is high rate of dropout students. At least 50 % of the children are not going to schools there. We commenced a special scheme of permanent residential school which went on to become a major success story of that region. A total of 44 residential schools are working and 17,000 students are being educated in these schools. We work in accordance with the practical problems. Proper mapping of dropout children around the villages of Pota schools in Left Wing Extremism affected is done. Initially, tribals were apprehensive in sending their children to these Pota schools. So, we engaged the local tribal youth to create awareness amongst the parents in getting their children enrolled in the schools. They used to visit local villages, Haats, bazars and use to converse with them in their native language. They were able to convince parents effectively. When three to four of such model Pota schools became a hit amongst residents, the demand for such schools grew exponentially. I strongly believe involvement of locals is necessary, using the local dialect is necessary and showcasing successful model is also the need of the hour.

Please give a brief about the initiatives you have started in Left Wing Extremism Effected states ? We launched solar power education project so that we can win public trust, especially in education sector. We wanted to create a state of the art programme. We created 13 educational institutions in an area of 100 acres with an investment of `140 crore. Now more than 5,000 students are being educated there. The whole complex has indoor and outdoor stadiums, auditoriums etc. We created a demonstration effect of what exactly is quality education so that Bastar Dantewada students can know the kind of educational programmes which are available for them.

At the time of admissions in July, there are one-kilometer lines for admissions. Students here are preparing even for IAS exams. Students have reached the level of becoming officers and engineers. When such people visit their respective region, it creates a positive impact on other people as well. It has the power to create a social change.

Another initiative, ‘Tamanna’, has been implemented after observing that the children in this part of the world lack even basic exposure. Under the project, a science museum, district library, and a state-of-the-art audio-visual theatre were set up, with a view to broaden the horizons of all students in the district.
Tamanna Film Festivals were conducted where students from far off villages visited every day by buses deployed by the administration.
It has led to exposure visits of over 13,000 students in 2011-12, with more than 3,000 students being sent to places like Raipur, Vishakhapatnam, by Tamanna Express. In 2012-13, this figure has already crossed 17,000.
Another initiative is ‘Choolo Aasman’. Under this scheme, two coaching centres have been built where the district’s brightest students are taught by teachers from Kota, Rajasthan.
Livelihood College is a college for those youth who did not have any formal education. It provides residential facility on Public Private Partnership (PPP) model. Admissions are open to all regardless of educational qualification, any income or caste criteria.

Reputed organisations like IL&FS, IndiaCan, Tomorrow‘s Foundation, Cap Foundation, ISAP, ESAB, have been brought under the same umbrella to impart skill education to the youth. There is a provision for practical and classroom training in over 25 different trades and further linkages for placement with industries across India. Two types of trades have been focused upon: emerging market trends (hospitality, industrial stitching, sales, tally etc.) and to improve local skill deficit (plumber, electrician, mason, solar panel establishment and maintenance, mobile repairing etc.

What is your evaluation of e-payments?
I am witnessing a lot of change after demonetisation. Transactions have increased through common service centres. Smartphone using generation is even using Aadhaar-enabled services. These digital payment options are very easy to use without bothering to carry the cash. This is the need of the hour and it is surely going to be more successful.

What has been the public response to the digital payment mode in Raipur?
New Raipur is based on this digital concept only. Chamber of Commerce helped us in a big way. Even small shopkeepers are using e-wallets to take payments from the customers. Some are using United Payment Interface as well. We are focusing on making digital payments systems. We have introduced onlinebased Right to Education Act here. Earlier, we had witnessed that 25% of the reserved seats for children belonging to below poverty line were not fully utilised. We have now digitised the whole system so that such loopholes could be plugged in. We have tried to make a transparent system. Database of all the schools and children studying there have been made available online. Technology has the power to change the current system.