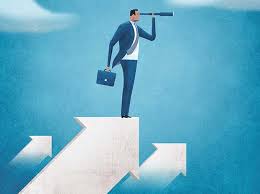 Chandigarh, Sept 15– Haryana Government has formulated “Self Certification Scheme” for the factories, shops and commercial establishments in the State to liberalize the enforcement of labour laws.
While stating this here today, a spokesman of the Labour Department said that this is in pursuance of implementation of the “Business Reform Action Plan 2016 – Ease of Doing Business”.
He said that the objective of this scheme was to curtail visits of Government officials for inspection of those units who opt for this scheme without compromising on the safety, health, social security and welfare of the workers as provided under the various labour enactments.
He said that the scheme would be optional and any employer or entrepreneur employing less than 250 workers can opt for this scheme and apply online at the website of the Department i.e. www.hrylabour.gov.in in the prescribed Performa. Any discrepancy in the application or enclosures would be communicated to the applicant within 15 days from the receipt of the application. In case no discrepancy was so communicated, the applicant would deemed to have been enrolled under the scheme. Once opted the same would be valid for five years.
The scheme would be valid for Factories Act, 1948, Minimum Wages Act, 1948, Payment of Wages Act, 1936, Contract Labour (Regulation & Abolition) Act, 1970, Payment of Bonus Act, 1965, Payment of Gratuity Act, 1972, Maternity Benefit Act, 1961, Child Labour (Prohibition & Regulation) Act, Shops & Commercial Establishments Act, 1958, The Inter-State Migrant Workmen (RECS) Act, 1979, The Equal Remuneration Act, 1976, Motor Transport Workers Act, 1961 and Rules framed under these Acts. It would also be valid for the Punjab Industrial Establishments (National & Festival Holidays & Casual and Sick Leave) Act, 1965, he added.
Under the scheme, the application would be submitted at www.hrylabour.gov.in. The self certification form would appear in the dashboard of user login on the said URL (hrylabour.gov.in). The scheme would be effective prospectively from the date of online submission of application. Initially, the employer or entrepreneur may apply for the scheme till December 31, 2016. Afterwards, the application would be received only from January 1 to March 31 every year.
He said that not more than five per cent of the factories or establishments so covered under the scheme would be picked up randomly for inspection yearly. Once inspected, the same factory or establishment was not likely to be inspected in the next five years. However, on specific complaints, accidents, dangerous occurrences, violation of Labour Laws, inspection may be conducted only with prior approval of Labour Commissioner-cum-Chief Inspector of Factories, Haryana. The factories which do not desire to opt for the scheme would continue to be inspected as per the departmental inspection policy.