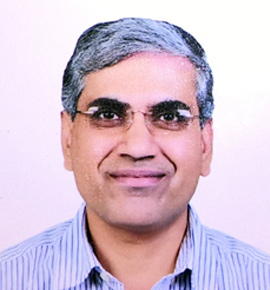 The Taxes Department is one of the ace departments of the Kerala Government, which has exploited IT to the fullest to make almost every citizen service online, informs Dr W R Reddy, Principal Secretary, Taxes Department, to Vishwas Dass of Elets News Network (ENN) highlighting a few IT initiatives that have transformed citizens’ lives significantly

Give us an overview of the Taxes Department. How is it contributing to boost the state’s economy?

For any government, resources mobilisation is a very crucial thing. In order to meet budgeted programmes and priorities of the government, the taxes department plays extremely crucial role as it contributes almost 90 per cent of the state’s budget resources that are spent for vari- ous programmes. Taxes Department has commercial tax wing which collects commercial tax, covering value added tax (VAT), sales tax, luxury tax, agriculture income tax and lottery tax among others. Commercial tax is one of the major revenue contributors out of total tax mobilisation. The second major important unit is the registration department which through stamp duty and registration fee collects sizable amount of revenue. Then the third is the Excise Department which regulates and formulates the Abkari policy and generates revenue.

Another interesting area is the lotteries department though lottery is banned by the Central Government, Kerala government exempted from running the department. The state government discourages practice of betting but in Kerala the uniqueness of lottery is the proceeds generated out of sale of lotteries and employment generation to around 50,000 people. It is a major employment generator. The proceeds from the lottery are being utilised for the social purpose like providing healthcare services through various schemes such as Karunya Benevolent Scheme (KBS) which is directly benefiting over one lakh poor people. Recently, the state government has announced that another lottery scheme called ‘Stri Sakthi’ will be rolled out with an aim to empower women. The government will spend around `200-300 crore under this scheme this year. So, the lottery has both the factors namely-employment generation and social welfare. Hence, the above mentioned four departments, excise, registration, commercial and lottery contribute almost 90 per cent of the total revenue to the state. In that way Taxes Department is one of the important pillars of the government.

What are the ICT tools introduced to enable the Commercial Tax Department? Can you please elaborate? When the Commercial Taxes Department migrated to the VAT, we started exploiting ICT for various purposes like making deal- ers’ easy interaction with the department and easy assessment, scrutiny, analysis and mobilisation of tax. So, we have rolled out a platform called Kerala VAT (KVAT). Now, a majority of the services are online like a dealer can get his registration number online, file returns online, pay taxes and get the refunds. Now, when the issue of tax compliance comes, one way of enforcing tax laws is conducting raids and crack the whip on the defaulters. However, the more sensible way is to analyse the data which is being captured regularly and then find out where exactly the tax leakages are happening. We are in the process of moving into smart tax compliance. A number of activities have been made online like getting and renewing registration. The two-way interaction with dealers is something which is yet to be done. If the dealers have some grievance they can file it online and then appropriate authority can redress it. The department is also com- plying with the Right to Service Act of the government to deliver services in stipulated timeframe.

Brief us about a few key online services of the Taxes Department.

The online registration process has picked up speed. About 40 sub registrar offices (SROs) out of total 314 in Trivandrum districts alone have been made online. In the last one year, the department has made efforts to expedite the pace of making registration process online and weeding out several constraints involved. As on date, we have made 260 SROs online across the state (including 40 offices of Trivandrum district). Along with that a lot of services can be made online like getting the encumbrance certificate. Similarly, if a person requires certified copies of old documents they can apply online and get it accordingly at the click of a mouse.

The Taxes Department is using the IT services to the hilt. It also exploits ICT for various purposes such as making dealers’ interaction easy with the department and easy assessment, scrutiny, analysis and mobilisation of various taxes

Apart from this, the government is also contemplating to launch the e-stamping project whose bill is already been passed.

The e-stamping would enable public to apply online from bonafide vendors and get the desired e-challan online and file the document of registration. Once an appointment of an SRO official is availed, one can go to the SRO and get his/her registration document. So, people would be largely benefitted by the e-stamping as they have to visit the SRO only once to sign their documents and get them. The whole process of getting the documents related to registration has been simplified for people’s convenience. Besides, we have also enabled SMS service for status of application and queries. IT department is helping us phenomenally. In fact, we are using IT department’s services to the hilt.

Share about a few IT projects of the department which are in the pipeline.

The major initiative the department has taken is the online audit because existing audit system is so ‘cumbersome’ in the sense that audit happens today and its review takes place only after three to four years by the public accounts committee (PAC). There is always a time lag. Basically, audit is intended to improve the system but unfortunately in the present existing manual system it is not happening because it takes so many years to reach the final stage. There is also substantive delay because of huge paper work involved in replying to the CAG. Our department has embarked upon major IT platform called- ‘Ready Auditor’. For the last 12 months, we are working on that involving the CAG office, the department and National Informatics Centre’s (NIC) Delhi team has been working on this. Orders have been sent for migrating to audit online. It is going on a pilot project basis in one of the offices of commercial tax.

Ready Auditor will be a major revolutionary change in the governance. The apex committee headed by the Chief Secretary with the Additional Chief Secretary (finance) has reviewed the new system and approved it. Recently, an order has also been implemented to this effect. Another major feature of this project is, it highlights few of the common mistakes made and helps the government to rectify any error. If audit happens correctively, the mistake should not reoccur.