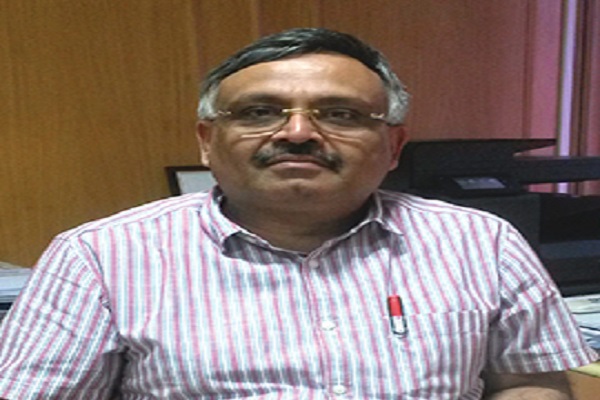 The State has been a front-runner in terms of transparency in governance and overall efficiency in citizen service delivery, says V K Gautam, Principal Secretary – Information Technology, Government of Maharashtra, in an interview with Poulami Chakraborty and Arpit Gupta of Elets News Network (ENN)

Please elaborate to us the current IT policy framework of the State?

Maharashtra is the first state to release a dedicated eGovernance policy. The e-Governance Policy was drafted by a 10 member e-Governance Committee under the chairmanship of Padmashri Dr. Vijay .P. Bhatkar and approved by the Cabinet.

The Policy aims to maintain and strengthen the leadership of the state in the area of e-Governance and take it towards mGovernance.The Policy would enable citizens to avail of various services online, or at a place near their home, without having to visit government offices at minimum possible cost.The policy would enable government to function more efficiently and move towards a paperless environment.

It talks about use of UID as a tool to facilitate the delivery of government services to the right beneficiary. The policy also talks about the use of Marathi with applicable national and international standards as the first and mandatory language for all eGovernance applications in the State.

It also talks about the development of core infrastructure like State Data centre, State wide area network and citizen service centres for delivery of services to the citizens of the State.

The Maharashtra Government is one of the early adopters of modern technologies. How is the government leveraging technology like Social Media, Mobility and Cloud for eGovernance?

Maharashtra State Data Centre uses the Cloud technology extensively. This has helped Departments of the State Government to focus on application and content rather than worry about infrastructure. The State is harnessing the benefits of scalability and flexibility offered by the Cloud virtualization environment.

What is your take on this new age of mGovernance?

The focus of the State has been on building applications for delivering content through mobile phones. Directorate of Information Technology has come up with a policy for empanelment of IT firms for development of mobile apps. This has helped to accelerate the development cycle.

Maharashtra is one of the first states to adapt to Cloud. What have state©s achievements been in terms of cloud computing?

As I mentioned earlier, Maharashtra State Data Centre uses cloud virtualisation technology. We offer various categories of services like Infrastructure as a Service (IaaS), Platform as a Service (PaaS)and Software as a Service (SaaS). Currently, we have more than 650 virtual machines in the State Data centre which are used by various Departments.

Introduction of new eGovernance technologies also involves large- scale capacity-building exercise. Tell us about such initiatives in the government sector.

I agree that the crux in the success of an eGovernance project is change management to ensure that the user is convinced that the new technology will make life easy for him/her in addition to the systemic benefits that it will bring in. We have in-house training and capacity building programs to ensure this. Recently, we embarked on a massive programme of training around 68,000 government employees in online delivery of Right to Services Act. Of this, we have covered around 32000 in phase-1 in the month of October and the remaining 36,000 will be completed by mid-December.

Also, we have taken an interesting initiative which we refer to as ‘Virtual cadre.’ In this, tech champions in each Department are identified and encouraged to take the lead in building and sustaining e-Governance initiatives.

Over 80 percent of Maharashtra is covered under the Aadhaar scheme. Tell us about the further plan of the government in terms of UID enrolment.

We are having one of the best Cloud infrastructures in the government structure in the country. Our data centers are mostly on Cloud, and physical servers are rarely used by us. As a matter of fact, we are also able to provide the departments with a virtual machine in flat two to three minutes

Maharashtra is one of the very few States in the country to invest in procurement of UID enrolment kits. We already have 2000 enrolment kits and another 1929 will be available by end of December 2015. This infrastructure provides a backbone on which the State hopes to complete the balance enrolment and keep pace with the subsequent population growth.

The State also has trained around 12,000 Village Level Entrepreneurs who have obtained certification as AADHAAR enrolment operators. So, we have quality human resources available for the project.

You have always been an advocate of encouraging startup companies, and small and medium scale enterprises. How is the government engaging the private sector for state©s development?

Maharashtra has built an extensive network of around 35000 Village Level Entrepreneurs (VLE) who are managing the Citizen Service Centres (CSC). You can find such CSCs not only in urban areas but in a small village with a population of 1000. These Village level entrepreneurs have helped the delivery of e-governance services to the last man. The State has proactively worked out a policy of standardization of rates of services. This has ensured that citizens are provided affordable services. At the same time, the CSC is becoming financially viable.

We have also entrusted critical applications like UID enrolment, EPIC card printing, collection of utility payments, printing of Record of Rights and a host of services to the VLEs.

Also, the State has a policy on website development and a similar policy on development of mobile apps. The idea has been to encourage the MSME sector and start ups by providing them a level playing field in these areas.

What are the major challenges you face while implementing IT in tier II cities of the state? How are you bridging the gap?

Availability of reliable high speed bandwidth in tier-2 cities is going to be a challenge in the years to come considering the fact that the IT footprint of most Departments is increasing rapidly. Our vision is of providing 100 MBps connectivity to every office and home in the State in the next 5 years. We hope to achieve this through a systematic implementation of the Bharat Net project.

How do you visualise eGovernance for Maharashtra for coming years?

The State is working on developing an enterprise architecture model for the various databases of Departments to ensure that valuable time-series data held by any Department can be accessed by another Department. This will do away with knowledge and information silos and ensure better integration