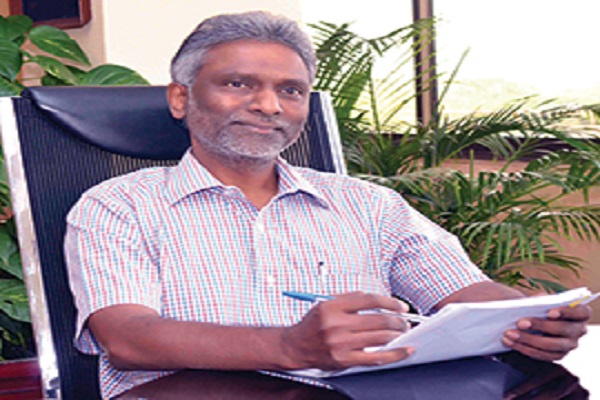 What has been HUDCO’s role in nation building through its operations in the housing and infrastructure sector?

In April 1970, the Government of India established Housing & Urban Development Corporation to accelerate the pace of housing and urban development in the country. Since then, HUDCO has been working consistently to build assets for the nation and to serve every segment of the society across the length and breadth of the country. Over the past fourand-a-half decade, HUDCO has financed over 16,900 housing and infrastructure projects with a cumulative disbursement of over `102,000 crore. It has supported more than 16.2 million houses in the country, in both rural and urban areas, including staff housing, rental housing, sites and services projects, slum upgradation, disaster rehabilitation, women’s condominiums, etc., thus making it the largest facilitator of housing in the country.

HUDCO’s work in the infrastructure sector spans the entire spectrum of infrastructure services ranging from roads, water supply, hospitals, schools, airports and waste to energy. Besides, we have supported the development of new and satellite towns, SEZs, IT parks, and industrial infrastructure as well. We have also been providing design consultancy for redeveloping towns, preparation of master plans and repair and retrofitting of disaster affected areas.

Can you explain the challenges In Forefront of Urbanisation the urban housing sector is facing? What do you think are the answers to these challenges?

Housing is a complex problem and has both quantitative and qualitative dimensions: while the quantitative aspects are amply reflected by the statistics, the qualitative aspect can be understood in terms of congestion and obsolescence factors, quality of building materials including mud, straw and bamboo, and lack of access to basic amenities like safe drinking water, bathroom, toilets, and sewerage for millions of houses in urban areas. Besides, there are many houses which are unable to withstand the impact of natural disasters like cyclones, floods and even heavy rainfall.

The key challenges in meeting the housing deficit are the access to affordable serviced land, housing finance and building materials and technology. Another important factor is lack of adequate participation of the private sector in creating affordable housing stock, since the public sector alone will not be able to meet the demand for affordable housing. The reasons for the shortage of affordable housing options include issues on the demand side as well as the supply side of the housing market. On the demand side, intervention is required to rationalise the high-interest rates that make the housing-finance unaffordable and nonavailability of institutional credit facilities to the urban poor. On the supply side, some of the key issues are land scarcity and skyrocketing land prices, lack of skilled manpower, cost of housing finance and undue delays in the building approval process, which add up to the overhead costs.

We need to provide affordable housing options, good rental housing for migrants, slum redevelopment and housing for urban destitute and homeless. Even building at full capacity, our major house builders can’t meet the required numbers. Therefore, there is an urgent need to use land as a resource and leverage resources from the states to combine with the resources of the Central Government. All stakeholders, including the private sector, banks and financial institutions and civil society, would have to be involved in this task. We need to leverage innovative and low-cost technologies such as pre-fabrication, which can be used to construct affordable houses quickly and cost-effectively.

As a public sector profit-making housing finance company, how important is it for HUDCO to prioritise the housing needs of the deprived sections of the society?

HUDCO’s motto is ‘Profitability with Social Justice’. Since inception, HUDCO has been promoting affordable housing, an important aspect for the socio-economic development of the country. With an allocation of significant quantum of its housing funds for the Economically Weaker Sections (EWSs) and Lower Income Groups (LIGs) at a relatively lower interest rate, higher extent of unit cost extended as loan, and with a relatively longer repayment period, HUDCO makes houses affordable for the urban and rural poor segments. Our concerted efforts have resulted in over 92 per cent of the 16.20 million dwelling units supported by HUDCO, benefiting the EWSs and LIGs.

In its endeavour to benefit the population at the bottom of the pyramid, HUDCO is promoting microfinance in housing, in the form of equity contribution to Sewa Grih Rin Limited, a new micro housing finance company, set up by Self Employed Women’s Association (SEWA). The future growth path for the housing portfolio of HUDCO also has a major focus and thrust on increasing the social housing operations to a significantly higher level, so as to retain HUDCO’s role as the only housing finance company of its kind.

The Corporate Social Responsibility (CSR) activities of HUDCO also aim at improving the quality of life of the deprived sections through various projects, including support to local bodies for construction/renovation of night-shelter facilities, and short-stay facilities, among many other projects that benefit the society at large.

The future growth path for the housing portfolio of HUDCO also has a major focus and thrust on increasing the social housing operations to a significantly higher level, so as to retain HUDCO’s role as the only housing finance company of its kind

With new schemes like Smart Cities, Affordable Housing for All by 2022 and AMRUT being launched, how is HUDCO preparing to meet the agenda of urban development?

India is making rapid strides towards an urban future where by the year 2030, urban areas are expected to house 40 per cent of India’s population and contribute 75 per cent of India’s GDP. This obviously requires large-scale investments and effective planning to ensure comprehensive development of physical, institutional, social and economic infrastructure and housing for all.

Besides, HUDCO has been identified as one of the Central Nodal Agencies (CNA) for the Credit Linked Subsidy Scheme (CLSS) component of the Affordable Housing Mission. It will assist the Ministry in appraising the plan of action sent by states/cities, and annual implementation plans for inspection of projects. Today, HUDCO is the only institution which funds land acquisition and its integrated development. With the development of ‘Smart Cities’ throughout the country, HUDCO’s role would continue in the fields of project funding, project monitoring, evaluation studies and support to the urban local bodies in conceiving city-specific business plans for sustainable infrastructure development.

Urban unemployment is a major issue faced by the nation. In what way HUDCO is contributing to tackle it? The construction sector is the second largest employer in the country, supporting more than 250 ancillary industries and contributing nearly 10 per cent to the GDP. Also, housing is regarded as an ‘engine of economic growth’, which can give a big push to the economy. However, there is another fact that more than 80 per cent of the workforce in this sector is semi-skilled and employment is largely seasonal. Moreover, being at the bottom of the work pyramid, women working in this sector are particularly at a disadvantage.